OK–I don’t hate it like most but then again I don’t disdain change like some. I feel change for the most part can be good.

But it seems when anything is changed these days we immediately dismiss it. From new uniforms to new jobs to new appearances, predicaments or policies—-change is always an acquired taste but at the end of the day its often good to mix things up.

Sometimes change isn’t for the best but for me I would go crazy if life was a broken record. Throwing “changeups”—the opening statement and recurring theme in this week’s trip around “the Hood,” where changes are everywhere from talk show hosts to sports to actors—we tackle all avenues. Thanks for stopping by.

MLB INSTANT REPLAY: OK, I’ve preached change is good so far— but there are some exceptions. How about instant replay in Major League Baseball? Never liked the idea—and now I dislike it even more. When it comes to my favorite sport, I am the old man on the porch telling the kids to get off my lawn or in this case–leave my game alone. I hate the designated hitter, despise  interleague play, and think its ridiculous that the winner of the All Star game gets home field in the World Series.

Yeah I hate replay too. Its good in the NFL—not so good for MLB. 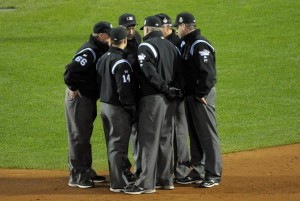 The games are long enough and for the most part the umps, who granted take themselves WAY too seriously at times, do get it right MOST of the time. Already this year, I’ve seen a few instances where replays haven’t gotten the correct call and in the process have made a game which is too long even longer. Plus, I kind of miss the managers running out of the dugout and arguing the call. Billy Martin and Earl Weaver must be rolling over in their graves.

Let’s get rid of replay and while we’re on a role get ourselves a new commissioner as well.

CALIPARI CHAOS???? : Nobody deals with more change than Kentucky’s slick salesman and Head Coach John Calipari but everytime I see him I think one day this story is gonna have an ugly ending. Nobody brings in better recruits and nobody can lose an entire starting five each year and keep getting back to the Final Four better than Coach Cal…but I’m sorry it just seems too good to be true. He to me is Big Blue Elephant in the room during March Madness every year. 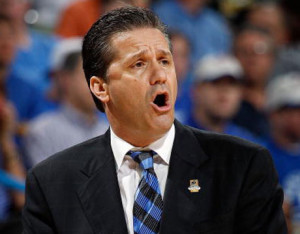 I’m not a cynic by nature but every time I see Cal….I get the same feeling as when I watched Barry Bonds hit too many home runs or Lance Armstrong collect too many yellow jerseys. Its just seems like a matter of time when all of this will blow into pieces. How can he keep resetting and reloading and re-turning to the Final Four every year while the rest of the college hoops world has to re–build once in a while?

Sorry just like UMass and Memphis—Kentucky seems to be destined for the same NCAA fate. But just like Pete Carroll, Calipari will probably find his safety net in the NBA??

MARCH “MADNESS”: Speaking of change—the worst thing about saying goodbye to the NCAA Tournament? Our only basketball option is the NBA which to me is unwatchable. I try but just can’t do it. The product is more watered down than most network reality TV shows, but I see a few quick fixes.

First off 30 teams is way too many–how about we get rid of 10 of them. We could start with pitiful Philly and  maddening Milwaukee who don’t have 20 wins yet. Decreasing the rosters would increase the talent pool. The one and done rule has of course killed college basketball and the NBA. I think you should give kids the right to come out of high school as players like Lebron and Kobe shouldn’t be forced to play collegiately and in time many players will learn that isn’t the way to go. But if they play college ball they have to play for at least two years. I wish it could be three like college baseball but think that would be a much harder sell.  The end result would better both sports and extend many careers.

BIGGER NOT BETTER??: Speaking of the NCAA Tourney—-please don’t play it in Jerry’s World again? Yeah they love the record numbers for attendance but there are also a record number of bad seats in the house. Its arguably the best place in the country to watch a football game and no doubt has the best Jumbotron but terrible for hoops. Not many good seats. 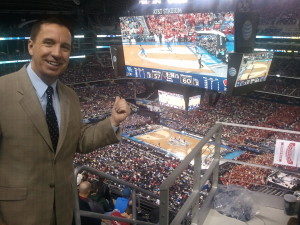 While I was in Dallas I climbed to the top row of the stadium and looked down—it felt like I was in a Goodyear Blimp!!. The fans up there said they still paid over 70 bucks for those seats??? Indianapolis is a great venue—wish they could host it every year.

LETTERMAN: More change–this of the Late Night variety. Its rare to see in this day and age of social media where TV and newspapers are outdated but the other night I hit on the exception. I love Letterman but I rarely watch him anymore but on this night I did and out of the blue he says he was retiring?? I couldn’t believe it and thought he was kidding but checked my Twitter feed and found it had been on the street for hours? 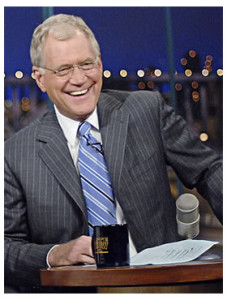 Watching Letterman the past few years, his show has become extremely stale and while he has earned the right to leave when he wants—now is surely the time. With the Jimmy’s —Fallon and Kimmel redefining Late Night–Letterman’s act is outdated by today’s target audience as he is in his late sixties while his replacement Stephen Colbert and the other Late Nighters are all in their thirties and forties.

While Letterman is leaving us, we can’t forget his impact. He changed the way talk shows were from the Johnny Carson template –so much so NBC thought his act couldn’t play for an earlier audience. Dave gave us TV like we’d  never  seen before. For years, it made you excited about what you would see the next night because …you never knew? His last year will be fun where hopefully I can see his show in person, something I’ve always wanted to do. So long Dave—you were influential to many of us who love to be creative. Thanks for one hell of a run. In the spirit of your legacy –we remember what you gave us.

CRASH COSTNER: While some things change, Kevin Costner has been able to stay the same. After all of these years, he still looks about the same and is still thriving in sports movies. His latest, Draft Day is another solid offering but unlike some of the reviews I’ve seen— its hardly his best work. Some critics have said its better than Bull Durham and Field of Dreams—-not a chance? 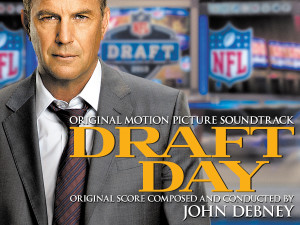 Don’t get me wrong, I saw an advanced screening of the movie and enjoyed it but its more of a solid base hit, not a round tripper like his previous offerings. Tin Cup was certainly more entertaining and For Love of the Game was a better story. Draft Day is a good but not great movie with a decent plot about Costner as an embattled Cleveland Browns GM trying to pick between a QB and a LB for the Browns on draft day. Good to see the king of sports movies keep churning these out  but  it will be impressive if he ever creates a better character than Crash Davis where he set the bar pretty high.

NOBODY ASKED ME BUT…Forget the Masters—a tradition unlike any other in our household is the Daddy/Daughter Bracket Challenge and now that the teams have cleared the Dance Floor—its time to tally the final score. Last year my oldest daughter Morgan Grace bested her old man but this time the old guy got his revenge. We both picked the Gators, so neither of us picked the winner . 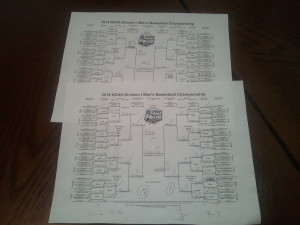 I was such a genius that I had UConn getting beat in the 1st round by St Joe’s??? Morgan in turn had Kentucky getting beat in the 1st round. Her only Final Four team was Florida, while I had one other team make it in Wisconsin. At the end of the day we went straight up winners where Dad had 34 and Daughter had 27. Still too close for comfort as keep in mind my Morgan Grace performed great considering she could not name one player in her whole bracket? Job well done—next March can’t come soon enough.

EXTRA POINT: (its a TWO POINT CONVERSION this week)

Sorry I can’t watch and have no interest in the Masters if  Tiger isn’t playing….

The Gators Chris Walker did the smart thing and stayed in school. It will be good for his bank account and great for a Florida program who just lost the best senior class in school history.