Well, well, well we just got to know you 2015 and already we’ve noticed—you don’t waste anytime.

Yeah so far the New Year has given us many New perspectives—many of which are the exact opposite of what we are accustomed to.

The Big Ten has turned into the SEC.

Gas prices are way way down.

Gay Marriages are way way up.

The Gators are undefeated and the Noles still haven’t won a game?

The Cowboys are winning playoff games…..?

2015— you gotta pace yourself young fella! 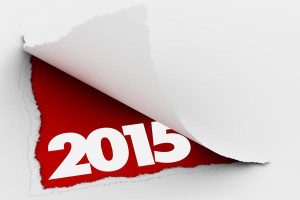 Before we had a chance to turn the calendar, the New Year is already the year of  “turning” things upside down. Forget 20-15, let’s call her 20-Fifturn.

Change is often good and we’re only a week in—-can you imagine what we may see over the next 49 weeks?

Happy New Year everyone—our first order of business in this first post of 2015, our third year blogging in the “Hood.”As usual, thanks for stopping by.

STUART SCOTT: Already the New Year has given us some terrible news in the passing of ESPN broadcaster Stuart Scott. He lost his battle with cancer but as you can see his passing was hardly lost on his many fans ranging from the President, many athletes, his fans and his peers whose reaction told you what kind of person he was.

Full disclosure, I was never a big fan of Stuart Scott the broadcaster but just because he wasn’t my style didn’t mean I didn’t admire his gumption. He brought a whole new attitude to the business I’m in and I’ll give anyone credit for not being scared to take risks which he certainly did. I heard my nine year old daughter say “BOO-YA” the other day and I know she has no idea who Scott is—but there’s just a part of his impact. 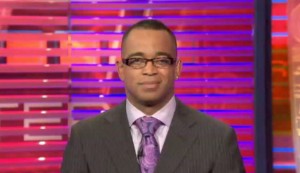 Its easy to be like everybody else but that wasn’t Scott’s MO—-he was always true to himself and didn’t care what his critics said—you have to respect him for that.  He was an intelligent man and given the reaction to his death, made quite an impact on many.

I met Scott once at a Super Bowl in Jacksonville and he couldn’t have been more approachable. I have never heard anyone say a bad thing about him. You feel for his two daughters but I’m sure they took great pride in the endless tributes following their father’s passing. You wonder if Scott knew his legacy was that grand—-I hope so.

THE MIDDLE: One of the great things about your kids getting older is that you can actually enjoy watching television with them?! No offense to Spongebob, Barney or those crazy kids at the god awful Wizard of Waverly Place but I’m really happy to have them in my rear view mirror.

Finally, I have a TV show we all can enjoy and its a good one. If you haven’t please check out “The Middle“. Its based on a middle class family with three kids ranging from  elementary to high school and it should make many of us feel normal.

I haven’t seen a bad show yet and love all the characters. Unlike Facebook, which often gives only the positives of each of our families—the Middle doesn’t hold back. My youngest daughter found it on cable one day and we all started watching it where the writing is outstanding.

OK, so we have a TV Show now—next up better movies to look forward to in the future, let’s bring on a family gathering around more PG-13’s ?!

EVEN THE LOSERS: I really understand the athletes who say they can’t watch the playoffs when their team is out of it. I’ve gotten really spoiled covering the New Orleans Saints the past nine years where five of them have featured playoff games. 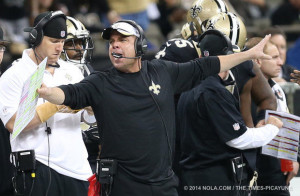 Covering the Saints the last month was brutally disappointing where they came up short in the outhouse that was the NFC South and as a result I needed a break from the NFL and haven’t watched a second of playoff action.

Covering Losing teams isn’t fun but it enhances your reporting skills. When you cover winners, the angles are obvious but covering losers they are monotonous —usually the same things happen over and over again where you are left trying to come up with different angles and questions. The games are worse but the experience makes you better.

* Thumbs up to the College Football Playoff but let’s get greedy. We need 8 teams. Besides the Rose and Sugar bowls with the playoff, the others seemed meaningless which they were—let’s change that it will be good for everyone involved.

*The SEC snobs (me included) weren’t ready for the bowl season to include losses and loads of humble pie. The conference was pathetic and frankly it looks like the rest of the country is catching up. I knew with many of the teams in the conference losing starting QB’s the league wouldn’t be as good as in past years,but the SEC haters (and they’re are many) had to love the ugly domino effect the past few weeks especially in the much touted West….wow

*Shame on Johnny Football—-do you want to make it in the NFL? I was a big supporter but he’s been a big disappointment—hope he finds a work ethic this offseason.

*If I need a QB in the draft I pick Jameis Winston over Marcus Mariota. I think a coach can straighten him out and his game is much more suited for the pros than yet another spread QB. The question will the Bucs have the guts to go all in with Winston with the number one overall selection—I hope they do.

*Never hated Urban Meyer like several Gators did and always thought his health concerns were real. The guy can coach and its amazing what he’s done this year and its only gonna get better in Columbus.

BASEBALL HALL OF FAMERS: Always have to start off this topic by saying let Pete Rose in and they better do it while he’s still alive, starting to wonder. Last year it was a joke that they didn’t induct anyone—-how you don’t let Craig Biggio in with 3,000 hits is a head scratcher but these Hall of Fame Voters never disappoint in that regard. 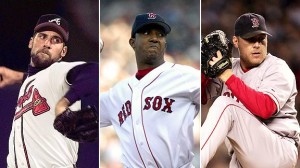 This year they got it right but raise your voting hand if you didn’t check a box for both Randy Johnson and Pedro Martinez? The Big Unit was left off of 15 ballots and amazingly Pedro was left off of…49?? That’s 49 voters who need never to vote again. John Smoltz as a first ballot guy is kind of iffy with me. You won’t find a nicer guy and that helped him—the proof he received 82.9 percent of the votes on his FIRST ballot while  Curt Schilling armed with basically an identical and sometimes superior resume received 39.2 percent on his THIRD BALLOT?? The difference Schilling isn’t popular and Smoltz is — sadly this is a popularity contest.

Speaking of unpopular players—I still feel Barry Bonds is the only one of the juicers who should make it. He unlike McGwire, Sosa and Palmeiro would have been a Hall of Famer without the roids—he just wouldn’t have been the Home Run King.

NOBODY ASKED ME, BUT…. I have said this a few times but is there anything more overrated than Fireworks, Reality TV Stars and yes Jim Rome? Have never understood what makes this guy so popular but it was funny to see him called out recently. Rome tweeted and than cowardly deleted a tweet that said, “Is there anyone not in a marching band who thinks those dorks running around with their instruments are cool?”

Good one Romie. You should have been smacked not racked?! 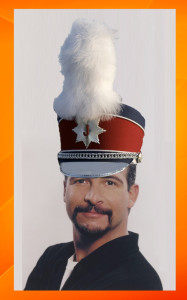 I have never been in a marching band but didn’t find this funny it was another one of his stupid and unfunny takes and it was good to see him get hammered for it—especially by the US Army Field Band who quickly tweeted out a picture of them marching with the caption, Just “running around with our instruments” and serving our country.

NIce job Rome who hadn’t possibly been hit this hard since Jim Everett sacked him many moons ago.

EXTRA POINT: I love most kinds of music but really like that knew Mark Ronson/Bruno Mars song “Uptown Funk” —you listen once and its in your head for days….great stuff!