The older you get, it seems the more comfortable you get with what you don’t get.

For example, I’m hardly a handyman.

To be handy, you have to really WANT to be handy.

I’ve always felt more comfortable in a Barnes and Noble than a Home Depot, a place which has witnessed countless clueless moments from yours truly. I walk into that place with the same comfort level many of you feel in a dentist’s chair.

I can do the basics but anything more involved than painting a room, hammering a nail or jumping a car and I just lose interest.

Exhibit A— I am 50 years old and I just found out that changing this is easy…..

Yeah I just discovered the air filter in my car  is easier to change than the air vent in my house?!

As for the back story….

My ultra handy neighbor Mike saves me on a regular basis. I call him (like I used to call my handy brother) when I would get an oil change to ask them questions with the ultimate goal of saving money –the most recent “Do I really need to pay 125.00 for them to change my air filter?”

Mike’s immediate response was a big laugh followed by the advice to just go to an Auto Parts store and pay 24.50 dollars for one and he’ll change it for free. 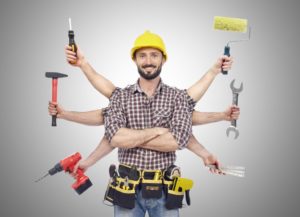 I know I know many of you are reading this and shaking your head but that’s ok—Air Filters really don’t matter to me. Changing them frankly has never crossed my mind….until now. I do wonder though how much money I’ve donated to dealerships over the years to do this.

Funny, I can be handy when I want to. When my girls were born, I loved building their beds, strollers and everything that came with their arrival. It’s like anything else in life, we follow our passion.

Letting the Air out— our first stop in another run around the Naborhood, as always thanks for stopping by.

WAKE UP CALLS: Great recent New York Times article by Benjamin Spall where he addressed an interesting topic of how you spend the first few hours of your day?

Spall did a study of 300 “successful people” from very different walks of life. He found the average time they crawled out of bed was 6:27, which seemed about right. 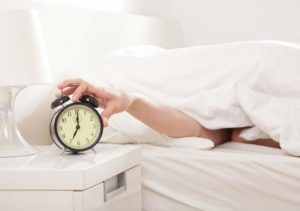 What I liked about the article is it shows being flexible is ok and often a sign of success but the key is consistency and time management.  It seems like common sense but the article motivated me to get more out of my early hours.

I don’t know about you, but I was built to be a night person. For years, I did local news and was wired after anchoring late sportscasts which made it hard to go to sleep. Everything changed when I had kids. Since my first daughter was born 17 years ago, my body clock won’t allow me to sleep past 7 o’clock most days?! A blessing actually–most of the time.

I don’t necessarily like waking up early but it’s never gonna change. This article preached three tenants when it comes to making the most of those early hours.

(1) Make time for what energizes you—get your workout in, read a few chapters of your favorite book or whatever it is that maybe you can’t get to later in the day.

(2) Get enough sleep–most of us seem to need 7-9 hours—its crucial we get it which isn’t always easy?!

(3) It’s ok if you miss a few days. In the words of Spall “don’t beat yourself up” if your routine as off one or two days a week. I like to call these “make up days” where if you can’t run Monday or Wednesday—you may add a Friday and Saturday. In the end, you break even. 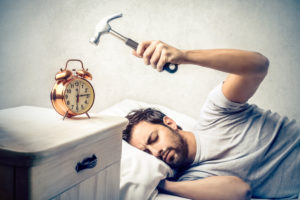 So earlier runs, more sleep and not being so hard on ourselves to stay perfect—seem to add up to more complete days and ultimately happier and healthier lives.

OPTIMIST CLUB: I generally enjoy Time Magazine but lately it’s been like a car wreck—I often have to look the other way with the endless political bashing—- but recently they did an admirable job of spotlighting “The Art of Optimism.”

It would be great to see more of this out of the media where Time did a great job spotlighting a wide assortment of visionaries who give us all something positive in a world where it seems to be in short supply. 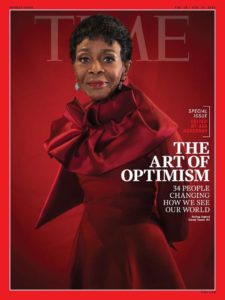 Gracing the cover is 94 year old actress Cicely Tyson who symbolized the issue by appreciating the success and longevity she’s had, ” I am the sum total of each one of the women I have played. It made me a stronger person and allowed me to truly believe that all things are possible.”

Inspiration came from all ages and all walks of life in this issue as Bill Gates weighed in on art and innovation and to make it well rounded you had Lisa Nishimura who is the Vice President of original documentary and comedy programming at Netflix–you can thank her for a lot of quality programming which seems to get better every month.

My favorite optimist in the group may be New York street photographer Clay Benskin. A building supervisor whose hobby of taking pictures six years ago with his Iphone has now gone wild. These days he’s made a name for himself with over 20,000 Instagram followers where he’s built a national following.

What makes him different? Benskin’s mission is to take pictures of optimism (feel good moments of “warmth, humor or love”) His goal is to show NYC in a different light. It looks like he’s succeeding.

This is hardly fake news—it’s the kind of stuff I’d like to see more out of my media brethren.

WHAT HAPPENED TO MY RAYS? I love this time of year—forget the often meaningless NFL Combine–we are about to be overtaken by March Madness and the best part of the new season—Spring Training. One problem–I don’t recognize my favorite team, those Tampa Bay Rays????

Sure I recognize reigning Cy Young Winner Blake Snell, the often injured Kevin Kiermaier but beyond that—who are these guys? I bet even the most casual fan couldn’t name five players? 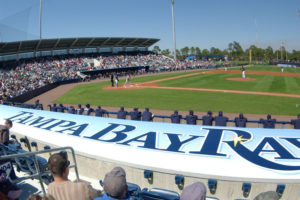 Yes I understand that Major League Baseball is an analytics driven world but we have to find some middle ground? It was tough to root for up and comers like Jake Bauers and Mallex Smith only to see them traded when you were just starting to learn their numbers?

The Rays proved me wrong a year ago unloading all of their big names and then reinventing the wheel when it came to their starting pitching but to build a fanbase you need some continuity in your lineup. Kids attention spans, heck adult attention spans aren’t what they used to be—let’s develop some household names guys!

Even if they have a big season and all of their acquisitions come up big—it makes you nervous buying your kid a jersey and it just doesn’t feel right.

NOBODY ASKED ME, BUT.….. It’s crazy I’ve have spent a lot of time in New Orleans over the past 14 years but still haven’t experienced the Big Easy phenomenon known as Mardi Gras.

Yes I covered the Super Bowl parade back in 2009 but Mardi Gras is a different animal, albeit a misunderstood one. The national narrative is that it’s beads, booze and breasts—- but that’s not accurate. 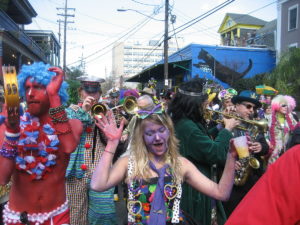 Mardi Gras is a big family event in New Orleans with a lot of layers in the city an around the state. It’s a celebration of letting loose before Lent that the locals take grade pride in with their creative floats and prizes.

On the heels of the worst “no call” in the history of professional sports, I can only imagine the creative juices in this years Mardi Gras Madness. Saints Head Coach Sean Payton set the tone by “allegedly” wearing a NFL commish Roger Goodell clown shirt under his pullover at his final presser of the year….here’s a little “creative licsensing” : 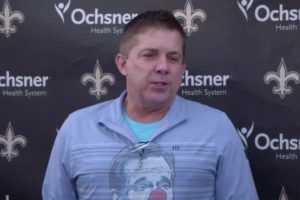 EXTRA POINT: Love Tim Tebow’s message at the beginning of Spring Training with the Mets: