My rendition of the Masters this April had nothing do with Augusta, green jackets or golf. No my Master’s was all about coding my thesis, writing my thesis and ultimately defending my thesis.

This year I celebrated my 30th college anniversary by …..getting my Masters?!

At times, my 30 year gap reminded me of the 1986 classic movie “Back to School” starring Rodney Dangerfield. My man Rodney was 64 years old when he shot that movie, 12 years older than yours truly….

Ok, I’m no “Thornton Melon” but got the most out of my two years as the elder statesman of the University of South Florida Class of 2021.  My first class was a collaborative Marketing course where six of us had to combine forces for a 90 minute presentation. Half of the group were three guys young enough to be my sons, but each of us had our strengths—it was great how everything came together— I walked out thinking “I can do this.”

Generally being the oldest member of every class was fun, I loved meeting new people of all ages and from all around the world—it was better than I expected.

Until COVID revved up, USF hired me to help out with some TV courses which I really enjoyed, that’s why I returned, as my goal is to become a college professor.

I learned a lot in terms of academic writing, research and generally how times have changed. Being away from college for 30 years, these were my biggest takeaways:

(1) IMPROVED LIBRARY: Ok really showing my age here— but get this my fellow fifty somethings— when you go to college in the 21st century, no need to worry about the Dewey Decimal System or a card catalog—these days you simply just log on to the ole information highway and most of the time you get what you need. These kiddos have no idea how great they have it?!

(2) GOOGLE: What a valuable tool when researching ANY topic. This especially is a vital cog when writing the many research papers I was assigned. I’m thinking my undergrad GPA would have jumped more than a few points if I had this resource back in the late eighties?!

(3) POWERPOINT FUN: Admittedly, at first, I was scared to death of this modern exercise but thanks to several big assists from my 16 year old Ally, I became a powerpoint king! I went from wondering if I could do it to actually looking forward to putting them together and have carried it over to my work projects.

(4) SCHOOL BOOKS: Before my Master’s program, I remember paying an arm and a leg for books but these days you can “rent” books at insanely cheap prices. Genius—appreciate my many young peers in grad school for initiating me through this process mostly via Amazon.

(5) PHONES: “Back in my day” there were no phones in the class, instead we had select pay phones on every other corner around campus? I guess it’s a case of you don’t know what you’re missing at the time but I can’t imagine the many benefits of having cell phones when I was in school 30 years ago. Conversely, I’m glad they didn’t have phones when I was an undergraduate—oh the videos and pictures me and my friends would have compiled—-it’s good that technology wasn’t around.

Getting my Master’s was a great experience where I should have listened to my mother. For decades she told me I should have gotten it, but in my defense, I didn’t see the need? I always knew I wanted to be a sportscaster and was content on trying to move up the ladder.

The older I got, I acquired more of an itch to teach and knew getting a Master’s would be the only way I could do it. When I turned 50, I knew it was now or never and I chose “now”—glad I did.

A year ago I was taking three classes and had three lengthly research papers due at the end of the semester in the midst of a hectic working schedule. It was a crazy juggling act but one which made me better in many ways.

I remember when COVID hit, regrettably all the classes went the online route which I never wanted as I always enjoyed being a part of a live classroom. The dynamic did help with my work schedule though as one Monday Night Football game in New Orleans, I went live outside the Superdome right in the middle of my quantitative studies class.?! Yes I was in class online, went live and then logged back to my class for a bit, it was outstanding. Like Rodney, it was good to reach the finish line after so much time away…..

The life of a 52 year old college graduate. I appreciate the experience and would highly recommend it.

“Back to school”, the first stop in another gallop around the Naborhood, as always thanks for stopping by.

QB MISSES: It seems there is no middle ground when it comes to the NFL Draft. Many love it, many loathe it. I take the former, yet understand the mindset of those in the latter as it’s indeed a circus, but I can’t get enough of it. Just like the current state of major league baseball, so many more misses than hits in this event—especially at the quarterback position. 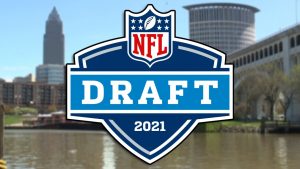 It’s insane the amount of prep these NFL teams due,  all the money invested yet continually they miss at the most important position: quarterback?

The teams I have talked to often say many franchises are so desperate for that “savior” at the position they tend to overreach. Sure you have lots of busts at quarterback but to me there are two tiers of busts. You have the JaMarcus Russell and Johnny Manziel busts–guys who have all the ability in the world but don’t have have the work ethic to match it and then you have the guys who are just simply cast in the wrong system. Former number one overall pick David Carr comes to mind as I think he would have been a good player but always had a horrible offensive line and supporting cast.

Talent can only take you so far, often you need the right coach, the right supporting cast and most importantly the right system—it all comes down to situations.

I’m happy for my friends in Jacksonville, who have been watching bad football for the better part of 20 years as they get arguably the best quarterback prospect since Andrew Luck in Clemson’s Trevor Lawrence. They’re so excited they already have launched “Trevor-casts”— it’s good to see. But in this QB happy draft you know there will be a handful of quarterback busts among those top 10 picks, they’re always are and that’s what intrigues me about this exercise.

For my money, I’m snagging Justin Fields who has everything, the size, the skills and most importantly the accuracy to be successful–I’m shocked the likes of Zach Wilson, Mac Jones and Trey Lance are ranked higher in most mock drafts? I think he’s the best prospect not named Trevor.

POWER CRUNCH: There seem to be as many protein bars as mock drafts these days but friends I’m here to tell you by far the best one out there. In terms of taste and health, its “Power Crunch.”–if you’re listening I am ready to become your national spokesman–I won’t ask for the moon, just a lifetime of freebies and we can work out the rest of the deal…..

I’ve never had one this good and when you delve into the numbers it boasts more protein than carbs which makes it even more appealing.They are the perfect way to end any workout where the best part is their range of flavors and they have 14.

So as a public service announcement, let me pass on my personal “power” poll. The top five best power crunch selections

(1) Smores–the perfect combination of what makes all of these so great, best protein bar I’ve ever had, tasted like a candy bar but much better for you….

GRAY’S GOATS: Some people have a knack for timing and then you have Jim Gray. I just finished reading the veteran sportscaster’s book “Talking to Goats,” and I was frankly blown away. Gray has basically lived a Forrest Gump existence touching unusual moment after moment in his unparalleled career.

Credit Gray for this the ability to foster relationships and garner the trust of several elite athletes which is no small feat  in this burgeoning social media age. He had Tom Brady right the foreword to his book. In addition Gray is quite the Kevin Bacon of his industry where there is a six degrees of separation between he and almost every athlete AND entertainer, it’s amazing.  Jack Nicholson calls him “scratchy” as Gray is prone to scratch a lot to get the answer he’s looking for. Gray revealed in the book he had idol encounters with Michael Jackson at a boxing match and once played backgammon with Lucille Ball ?!

Whether it’s covering the Olympics, the infamous Mike Tyson ear biting of Evander Holyfield’s, Tiger’s first Masters or hosting Lebron’s controversial “The Decision”, the man has been everywhere in a multitude of sports.

I applaud his hustle and his dedication but still take exception with the way he confronted Pete Rose on live TV about his betting on baseball. It was during an event honoring baseball’s All Century Team—it wasn’t the time and Gray took the narrative way too far but nobody is perfect….

I can’t imagine any other sportscaster ever having the kind of career Jim Gray has from his first  big interview with Muhammad Ali to everything that followed, he’s had a hell of a run—-his book Talking to GOATS takes through every step of his amazing journey.

NOBODY ASKED ME, …..BUT: Not sure about you, but I watch less and less TV these days. I’m trying to read more and sometimes get lost on YouTube where the selections are endless but recently signed up for HBO Max and watched one of the best documentaries I’ve seen in many years….

It was a four part series documenting the popular NBA on TNT show starring host Ernie Johnson and his all star cast of former players Kenny Smith, Charles Barkley and Shaquille O’Neal. The reason this doc is so good is that all of the above are so likable. Johnson has admirably beat cancer and is so giving to his family which has also been thorough a myriad of medical issues. This series takes you through his journey.

Smith, Barkley and O’Neal all have different personalities and as a result bring different approaches to the show which is what makes this so much fun to watch. For years, I loved working on great sports teams both locally and regionally and this series reminded me of how fun those times were.

I really love how much these hosts love the crews too as you get great behind the scenes perspective on how they think of a variety of creative segments and constantly have fun at each other’s expense. Full disclosure, I’m not a huge NBA fan and rarely have seen this show but this doc makes you want to watch it every night. This NBA crew on TNT love to have fun but don’t shy away from touching on every issue whether it’s serious or light hearted–rare air these days but great television.

EXTRA POINT: Every trip to the grocery store usually brings a fun new edition, how about this one……..?

My popcorn loving daughter gave it a thumbs up, I thought it was ok—doesn’t taste like the doughnuts, but still decent. You know what tastes better and more like Krispy Kreme doughnuts?

How about a low calorie Krispy Kreme “cheeseburger” which was the speciality at Piranha’s in Nashville, too bad they are no longer in business….but go ahead and try it at home!