Oh where did we lose our way?? Maybe its all the negativity we see daily via the local and national news which makes many  people suspicious of one another? I will never understand why we take the most offensive news and slap it on the front pages or make it the lead story. Sometimes its merited, often its not….

What am I getting at? I find it more and more people don’t have manners. Let me give you a few examples. How often does this happen to you……

You open a door for someone and they don’t say thank you.

While in your car, you let someone walk across the street and they can’t even provide a wave, a nod…anything? Hello???

Someone accidentally bumps into you and they can’t even say excuse me? 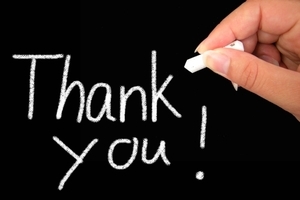 It just seems to me through travel or even going to the grocery store or the gym—most people have left their manners at home. Is it really that hard to smile and sometimes say thank you or excuse me?

My lead rant as we take a very courteous and thoughtful jog around the Naborhood. As always “thank you” for taking the time….

FIRE SCHIANO?: Ok he has a losing record, the fans and the media attack not only his coaching but get very personal on his character as well. He releases his starting quarterback in the middle of the season and everybody is calling for his firing. No I’m not talking about embattled Bucs coach Greg Schiano—-I’m talking about the scene in Cleveland back in 1993 where a much younger Bill Belichick was on the hottest seat in the NFL. 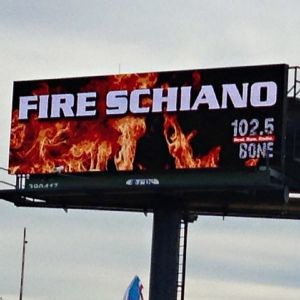 Ok, I know Schiano may not be the coaching caliber of Belichick but 20 years ago after releasing the popular Bernie Kosar and having local columnists call his offense “something close to miserable.” His running game “non existent.” Belichick’s first three years as an NFL coach were duds (6-10,7-9 & 7-9) All under 500 before he made the playoffs in 1994—after that he went 5-11 and was fired. When he was hired by the Patriots he went 5-11 in his first season in Foxboro. Mr Bill hasn’t been under 500 since.

My point?? The easy thing to say now is fire Schiano but sometimes you need to look at history to tell you that these things take time. He had to install discipline on this team and has had to deal with a QB in Josh Freeman whose confidence took a free fall. Sure he has been far from perfect, and I don’t think he’ll keep his job—but the parallels between he and one of the best coaches in league history are striking. Its amazing what gaining a Tom Brady has done for the Hoodie—the problem for Schiano—he likely won’t have enough time to acquire his Brady in next year’s draft.

QB CURES ALL: The Bucs are the perfect example—-good QB’s almost always turn your football team around. Ask Jimbo Fisher?? He’s suddenly a genius with maybe the most poised freshman I’ve ever seen in Jameis Winston. Ask Will Muschamp how a good QB could be the missing link to turning around a Florida team which is nosediving.

Its the most important position in sports but finding a good and dependable one is rare. The Colts hit the lottery by following up a Manning with a Luck. Can you imagine how good the  Saints would be without Drew Brees or the Packers without Aaron Rodgers?? Its not like in baseball where good hitting can sometimes make up for mediocre pitching or in basketball where you can now can get by without a proven big man—in football you have to have great QB play or you turn into more Schiano than Belichick.

SAINT BOBBY: Its great to see Bobby Bowden returning to an FSU game this week. I say this while agreeing that Florida State had to bite the bullet and make the move to get rid of him back in 2009. The program (as they should have) gave the man that built it more than ample time to rebuild it—but it was never gonna happen. Bowden’s staff wasn’t the same nor was his recruiting touch or his game day decisions. 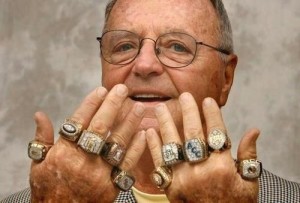 Bobby Bowden shouldn’t be remembered for how he left, he should be remembered for what he accomplished. Given a decent kicking game, hevery well could have had double the national titles but Saint Bobby never complained about it—he was always class. Covering him for the better part of 15 seasons, there wasn’t a more accessible coach. His name was in the phone book for crying out loud, where one Thanksgiving weekend he let me come over and do a segment with his whole family. There will never be another coach like him—-glad he’s back where he belongs.

SEC STRENGTH: Another reason for the SEC haters to pull their hair out. It seems addition is hardly subtraction. Many criticized the merit of adding Missouri and Texas A&M into an already rich pool of talent. Well it seems the SEC savvy has rubbed off on the rookies as A&M has given the league a Heisman Trophy winner and who in their right mind would have Missouri leading the East and we’re almost in November?? Maybe the SEC adds Toledo next year and they make a BCS bowl game……

PEYTON TIGERS: For the record, I have nothing against Peyton Manning or Clemson but both drive me crazy. Why am I lumping these two together? Doesn’t it seem in both cases—-they build you up only to let you down. They are like Lucy holding the ball for Charlie Brown only to lift if up at the last minute??!

Peyton Manning is one of the best QB’s to ever play the sport but its amazing to me how he comes up short in the big games. He was winless against Florida in college and Tennessee wins a National Title with Tee Martin a year after he leaves?  In the NFL, Manning is an eye popping 166-71 in the regular season but when it comes to the postseason he is only 9-11. 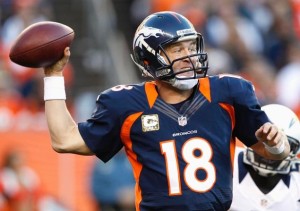 Manning’s recent big game hex was Sunday versus Indianapolis. He and his Broncos entered undefeated and it was an emotional first trip back to his old stomping grounds but it resulted in another loss. Sure it wasn’t all Peyton’s fault but he clearly didn’t play the same way he had entering the game, throwing for a season low completions percentage??

Then you have my friends at Clemson who got me going after an impressive season opening win versus a Georgia team that was mostly healthy at the time and then precede to climb the ladder to the number three ranking—- only to let FSU come into the Death Valley and trash the place. Love Dabo Swinney‘s energy, enthusiasm and recruiting savvy but its crazy in the biggest games how he continues to come up short in a big way? WIth one of the best defenses in the country—they surrender 565 total yards in a 37 point loss to FSU. No excuse for that. Back in 2011 they win the ACC then lose in the Orange Bowl to West Virginia 70-33?? It doesn’t add up.

LONDON CALLING?? There is so much about the NFL that is good, but they are hardly perfect. In a league that claims to care for the players health–they schedule these inane Thursday night games which are often sloppy and only give the players often three days rest?? I know hockey players laugh at that notion but at least they don’t make the NHL stars play a game in London for crying out loud. Now the league is gonna make six teams do it next season? You see the pattern—one day they will try to start a franchise there—don’t do it NFL—you’re once again messing with a good thing. A team in London would be so unfair with the travel for not only the home team but the other eight teams that would have to make the trip every year. Bad idea!

DON’T MESS WITH TEXAS: Interesting read in Time magazine recently about the burgeoning state of Texas. Apparently despite its more than lackluster leadership over the years, the state is becoming where most Americans want to move and are thriving once they get there.

In the past 12 months, Texas has added 274,700 new jobs–thats 12% of all jobs added nationwide and 51,000 more than California added. In a Moody’s Analytical Study—seven of the top ten cities for projected job growth though 2015 will reside in Texas. ( Austin, McAllen, in the Rio Grande Valley,Houston and Ft Worth). Dallas Federal Reserve president Richard Fisher tells Time, ” Texas has outgrown the country by a factor of more than 2 to 1.” 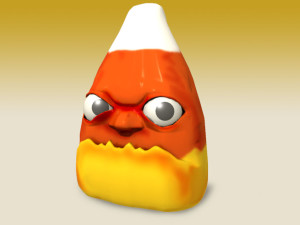 NOBODY ASKED ME BUT: I love Christmas, Thanksgiving is great but Halloween is my favorite holiday. From the parties, to the costumes and yeah you have the candy. To get you in the mood and to prove they take a survey on anything—I give you this from the National Confectioners Association. What is most people’s favorite way to eat candy corn?? 47% eat the whole piece at once. 43% start with with white narrow end and you contrarians at 10% start with the wider yellow end!

EXTRA POINT: Thanks to loyal blog contributor Trace Trylko for the assist on this—FSU’s recent success coupled with the Gators struggles has hit home at their respective ticket offices. The Noles have seen a 69% increase in average ticket prices  (81.14 to 141.21) from the preseason while Florida has seen a 12% decrease from 159.39 to 140.21. Interestingly enough, the Gators still rank ahead of FSU on a national over scale in terms of ticket prices.

UNTIL NEXT BLOG,
Mike