In 2020 we need something fun, something easy—thank you Halloween!

No waiting in long shopping lines, no waiting on the Turkey and no overrated fireworks–Halloween rocks!

You throw on a mask (no not that one) and you collect all the treats you want—how is this not your favorite holiday?

Halloween nation–unite—this is the holiday we should all embrace. I’m guessing many will disagree that tricks and treats don’t hold a candle to Christmas or Thanksgiving–but I know some of you catch my drift.

Man I miss taking my girls trick or treating, that was the best but admit it parents your kiddies never eat all that candy (even though they try) so a fun debate is always what your favorite Halloween candy is on what should be your  best day of the year besides your birthday or anniversary?

What is your go to?

Sour or sweet? Old school or new school? Chocolate or Peanut Butter? Both? 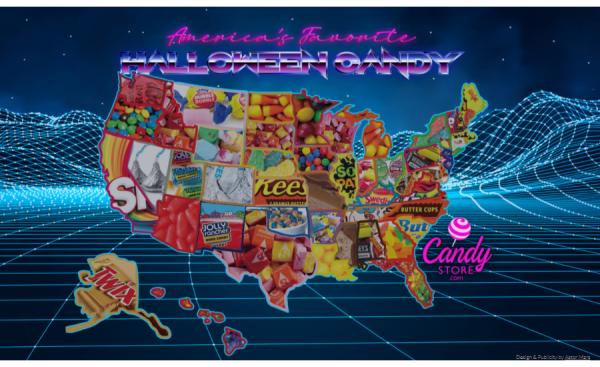 God bless America! This is outstanding. Never knew Alaska had so many Twix lovers but any way…..

As far as the most popular candies in this crazy 2020 according to this website, here is your top 10..

Since we are arguing candy—in the year of 2020 when is the last time you bought a Hot Tamale??! I have no problem with perennial favorites like Reese’s and M&M’S making the top five (who doesn’t love those?)

My big omissions were no mention of Butterfingers? no Baby Ruth ? and no mention of the “highly” underrated 100 Grand which would go number one on my list….. 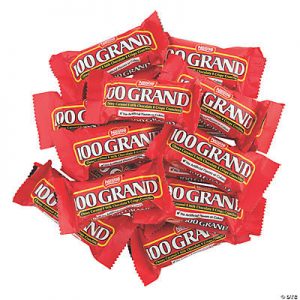 Never a big fan of those bottom feeders like candy corn, black licorice or smarties….. 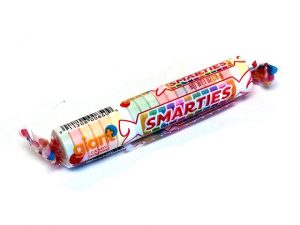 Sorry just not a fan but I’m the biggest Halloween supporter—-low maintenance yet very high rewards.  One of the best days of the year for many reasons, the true gift that keeps on giving.

And one more thing and this is dangerous–those candy deals the “day after” Halloween are insane, I try to resist but sometimes can’t help myself. Honestly don’t each much candy year round, but October is the exception.

THE RAYS BLAME GAME: It drives me crazy, those Rays fans blaming Kevin Cash for losing the World Series??!

The fact he pulled Blake Snell in the sixth inning in game six of the World Series shouldn’t have surprised anyone, he’s been doing it all season. 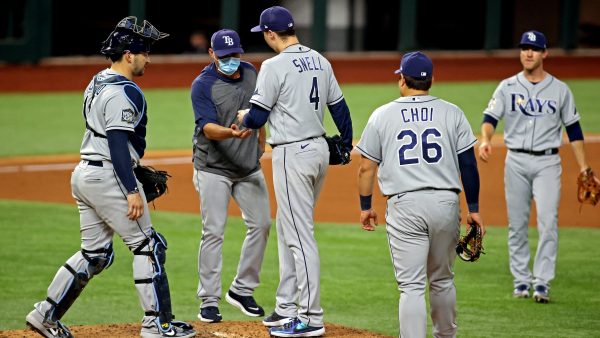 To love the Rays way, is to understand it has warts. You have to take the good, with the bad. The good they are married to the analytics which allows them to compete with those free spending Yankees and Red Sox but the bad has them often not leaning on their gut in gut check situations.

I have accepted the Rays Way. Would I like them to go against the grain and leave their starters in longer (especially when they are dealing) absolutely! But that’s now who they are and I’m shocked by all the pushback from the fans.

Some want to fire the Manager of the Year for a move he’s made all season. With a loaded bullpen, usually it works, this time it didn’t on the biggest of baseball stages….but normally it does. It’s like many wanted to bench the struggling Brandon Lowe but Cash stood by him—I give him credit for staying consistent even though I don’t always agree.

Away from all this push back, I hope this Rays run helps its future in the market.  It’s so frustrating to see Tampa Bay fans not support a team that is so innovative and one of the biggest underdogs in sports yet in recent years continues to beat the odds. Sadly, they don’t deserve this team, it pains me to type that as baseball is my favorite sport and the Rays are so fun to watch. 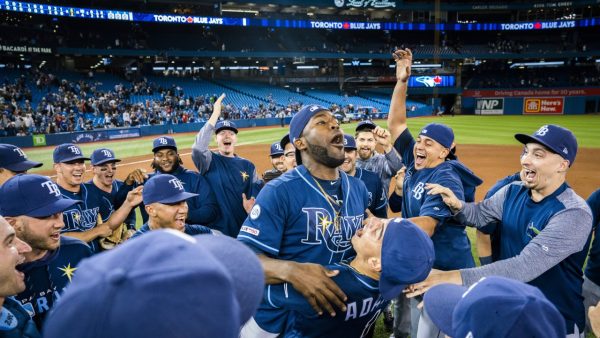 In these playoffs, the Rays Way is unprecedented but they’ve been doing it for years. The innovators of the shift, the Opening Starter, four outfielders and the all left handed lineups were at it again by employing three different third baseman, left fielders and right fielders in the World Series.

MLB’s 28th highest payroll sent home two of the top three most expense teams yet came up short against the Dodgers. I saw some media outlets question whether this season was a success? Are you kidding me?

It seems in sports, often frustrated fans have to blame somebody to make themselves feel better and this time the whipping boy was Cash. The man many wanted to fire on social media would be scooped up in a heartbeat if he was cut loose. These Rays are like many we love, you have to take the good with the bad yet this franchise routinely dishes out much more good–in fact what they produce is downright unbelievable.

EDDIE VAN HALEN: One of my biggest regrets is never seeing Van Halen in their prime. I saw David Lee Roth in 1986 (and it was great) but Steve Vai was no Eddie Van Halen–not many where. It’s rare to have your lead guitarist be your leading man but it’s what made this music legend special and it was sad to see the recent passing of the leader of one of the best bands of all-time.

Unlike some I liked the band with both Sammy Hagar “and” Roth but the one constant was always Eddie where the more I read about him, the more I appreciated his approach. Born in a poor family where his mom was a maid and his dad was a janitor, Eddie and his brother Alex had to grind to make it. Eddie made guitars and paid his dues for years before becoming successful. He told Smithsonian magazine that,” for a good seven years, we knocked on everybody’s door. We just humped it and humped it until people came.” 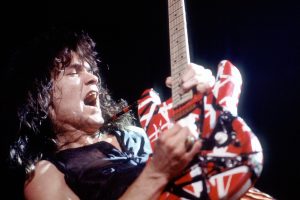 You really got the feeling that Eddie Van Halen didn’t care about being famous, he just loved the craft. He perfected playing with both his right and left hands–he loved everything about his trade. His songs whether it was David Lee or Sammy were truly the soundtrack of my teenage years. We all have our favorites–so in honor of his passing, here were my top “five”  Van Halen songs.

(4) Why Can’t This Be Love–classic 80’s—again thought Hagar was fine taking over, this came out February of my senior year in high school (1986)–yeah I’m old but this still more than holds up over 30 years later.

(3) Panama—little known fact, this song wasn’t about Panama but instead referenced a car David Lee Roth saw in Vegas?!

(2) Hot for Teacher–another huge hit off 1984 but my favorite and a classic video back in the day (remember those?)

(1) Unchained—easily my favorite, classic case of why Eddie Van Halen was great where it was the rarity that a lead guitarist could take over a song which he did on this one and many others.

SEINFELD SABBATICAL: Just like Van Halen, I’ve always thought Jerry Seinfeld would be a comedian even if he didn’t make millions—love the passion he has for his career. Like a lot of comedians these days, Seinfeld has to wait and wonder when he will get to go back on stage but in the meantime to his credit has found ways to stay busy.

He just released a book “Is this Anything?” which trace the origins of being a comedian to now being a (hard to believe) 66 year old father of three teenagers. 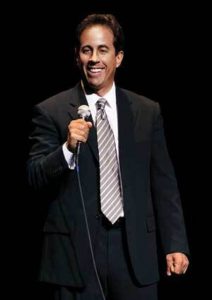 An interesting read from the excerpts I’ve seen as Seinfeld isn’t dishing a tell all but instead presents a different approach by showing how he started writing jokes on loose-leaf papers and stuffed into brown folders over the decades. Included is his first ever stand up joke which went….

“So I am left-handed. Left-handed peopld do not like that the word “left” is so often associated with negative things. Left feet. Left-handed compliment. “What are we having for dinner? “Leftovers” You go to a party: there is nobody there, “Where did everybody go?….”They left”

Seinfeld clearly was good from the start.

SO LONG “DOC” : the next book I can’t wait to read is the offering of recently retired hockey announcer Doc M Emrick. While he is a legend in NHL circles, he doesn’t have the national fame of peers such as Al Michaels or Joe Buck but he should. For my money, Emrick is the best of all of them—nobody painted a better picture and he did by calling a sport which is arguably the toughest in terms of play by play. 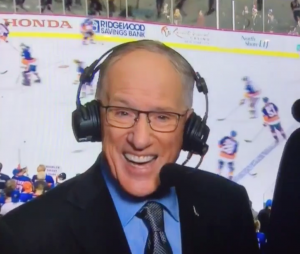 Emrick steps down after calling over 3700 hockey games and 22 Stanley Cup Finals in his 47 year Hall of Fame career. What made him stand out was the picture perfect way he would call a game where he seemingly was a talking thesaurus for three hours. The former professor who has a Ph.D in communications was a certified wordsmith well known for changing up his vocabulary as quickly as the action on the ice.

A fan once logged a game where Emrick used “153” different ways to describe how a puck moved in one game! He was smooth, entertaining and never at a loss for words. He was by all accounts as good a man as an announcer and will be greatly missed.

NOBODY ASKED ME, BUT… I think it’s important in these crazy times to believe in something stronger than we can possibly imagine. I’m definitely more spiritual since the passing of my parents as my faith has been strengthened by the reminders I see on a not so regular basis. I’m glad I don’t see them all the time as they wouldn’t be as special.

One of the biggest for me is this flower….. 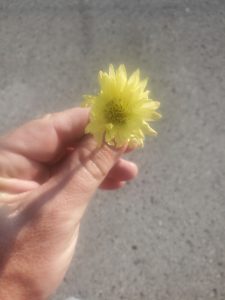 My Mom passed over 11 years ago in 2009 with ALS yet a year later I saw these flowers appear in my backyard on Mother’s Day weekend no less. I had never seen them before. Years later, I moved into a new house and randomly one day I came home and the same flowers were in my front yard—that was four years ago and I haven’t seen them since until this month…… 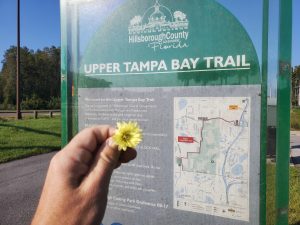 I saw the flowers on a trail I run three days a week. I’ve been running the same trail for years but “again” this is the first time I ever have seen them. Amazingly, I haven’t seen them since which further strengthens my faith.

I know Mom is watching after me, my brother and sister and knowing her countless others. I can only imagine the way my father is watching over all of us too—a good reminder during these crazy times where you gotta believe someone is watching over you too. The special things are those reminders which pop up when you least expect it.

EXTRA POINT: I get why the Bucs have signed Antonio Brown—Tom Brady believes in him, they probably didn’t want a contender like Seattle to get him and he used to play for Bruce Arians before he lost his mind. Sorry, I don’t care if he helps you win a Super Bowl, I don’t want this self absorbed and troubled star on my team. I’ve heard players talk about when they win championships “they walk forever” do you want to walk forever with this guy? Not me, having him after all he’s done to so many seems like selling your soul a little–will be interesting to see how this plays out…..