Growing up on the east coast of Florida, we took a few things for granted: how close we lived to the beach, how routinely we saw space shuttles, and the frequency we experienced …… 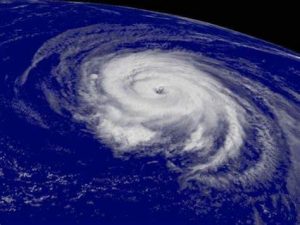 These hurricanes remain commonplace and are always ridiculously random. Like many natural disasters, there is no rhyme or reason for what ultimately happens.  I’ve had friends who have experienced tornadoes where they lost their homes, and across the street, their neighbors were barely scratched.

Recently Ian drowned the sunshine out of the sunshine state. He was dead set on nailing my home in Tampa, yet suddenly veered south and wreaked havoc on the Ft Myers area. Growing up in Florida, I’ve had several good friends in the Panhandle and South Florida experience life-changing tragedies from these brutal storms. These canes are unpredictable pests.

Growing up around this craziness has made me a little stubborn about evacuating. I always take these threats seriously and prepare accordingly, but I have seen them turn quickly, which makes me gun shy to hit the road with my family, fearing the path would follow us as could have been the case with Ian. For example, I saw friends flee to Orlando and the east coast only to have those areas hit just as badly or worse than the driveways they left behind.

It’s tricky and often a tough call to make, but one aspect of these storms doesn’t seem debatable.

For the love of every hurricane in the future, can we please take these out of our living rooms….. 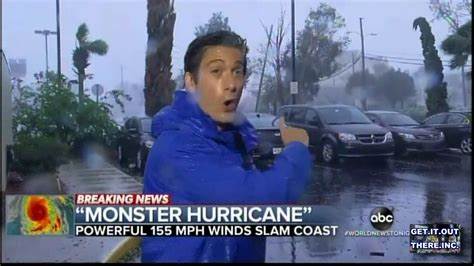 We don’t need to see reporters risking their lives. It’s reckless, it’s stupid, and it’s frankly self-serving. You can accomplish the same results by having all of the wind, rain, and destruction in the background while you report the news from a safe spot or, as I saw with some in a building, looking down at the damage while you keep yourself and your crew safe.

Just do your job and allow those meteorologists to do their thing, which “most” of them do very well.

I don’t need to see any reporters play dodgeball with street signs, tree limbs, and other obstacles flying their way—what is the point? It used to drive me crazy when I worked in local news, and it still does today–stop the madness!

For Ian, a local reporter put a condom on her microphone to protect it from the elements- let’s do better, folks! 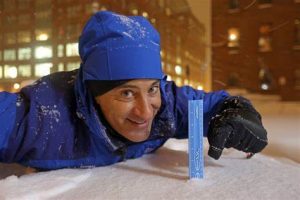 Jim Cantore, you are a smart man. I’m not questioning your knowledge of weather and the elements but use your talents better than turning hurricanes into your rendition of “Survivor”…..it’s ridiculous.

Cantore has become the poster child for any pending hurricane. There is no doubting his guts, but I can question what we are getting out of this–this would be Cantore’s “signature” moment in Ian— getting hit by a tree limb?! 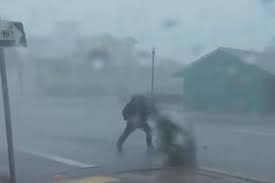 This isn’t entertainment or a reality show—this is real. Real life and death for a lot of people. Hopefully, Ian will stop this absurd reporting, but I know it won’t.

I feel thankful Ian didn’t hurt my home city, family, and neighbors, but I know how lucky I am and how these hurricanes can harm and transform regions for years. I have worked in New Orleans for 17 years post-Katrina and hear stories of the destruction and devastation from that storm every trip. Stories of how the hurricane destroyed homes, destroyed generations of memories in terms of family pictures and mementos, and changed lives forever for those who lost their jobs, loved ones or had to b relocated.

Growing up, I used to take these disasters for granted, and after several close calls in Tampa could easily adopt the same mindset, but I won’t. You have to expect the worst and choose your best options regarding evacuating, yet always be prepared to the fullest regarding stocking up and protecting your home and everyone around you.

The best tip, watch the meteorologists and mute these crazy reporters who have lost their minds.

Cantore Craziness, the first stop in another trip around the Naborhood. As always, thanks for stopping by.

RIVALRY LESSONS: Alabama hates Auburn, Ali didn’t like Frazier, and the Yankees have no love for the Red Sox, but some rivals can like each other.

How many times do you think they have played each other? It seems like over 100 but surprisingly to me. It was only 40. Even a little more surprising was the dominance of Nadal, who has a 24-16 record over Federer, including a 14-10 mark in finals. Beyond records, though, these two recently provided some great sportsmanship lessons. After Federer’s announcement, Nadal sent a lengthy tweet honoring his rival’s play and his memories of the man he was in their elongated rivalry. It was more than tweets. It was actions.  Nadal proved his respect by making a trip, while his wife his pregnant, to London to play one final doubles match with Federer in the Laver Cup, telling him he would do everything he could to make it, and he did.

It meant the world to Federer, “It showed again how much we mean to one another and how much respect we have. And I just thought it would be a beautiful, amazing story for us, for sports, for tennis, and maybe beyond that as well, where we can coexist in a tough rivalry and come out on top and show that, hey, again it’s just tennis.” Well said! Studies have shown complementing your rivals benefits you from a business perspective. In a recent article, Inc. magazine played off the Nadal/Federer rivalry and cited how Sony and Microsoft complemented Nintendo on a recent project. As a result, the kind words assisted both from a financial and image standpoint, where on social media, the consumer weighed in with loads of respect.

Having “emotional intelligence,” the ability to use your emotions positively, worked for two of the biggest rivals in sports history and is a great lesson for us all.

BE BETTER BRADY: From great sports to a bad sport. If you’ve read my blog, you know how I have routinely defended Tom Brady. I don’t understand how anyone can debate that he’s the best quarterback of all time, and frankly, I have shaken my head at many of his critics who simply don’t like him because he “wins too much.”

But since he’s been in Tampa, my opinion of the GOAT has changed. I’m disappointed with how he handles himself when things don’t go his way.

Tommy, you gotta be better.

I saw a recent interview with a quarterback I have a lot of respect for, Ryan Fitzpatrick. The grizzled veteran turned broadcaster remarked how when he played against Brady and beat him in a game when the then Patriots quarterback threw five interceptions. Afterward, temper tantrum Tommy, walked off the field and didn’t shake Fitzpatrick’s hand, which is customary with starting quarterbacks in the NFL.

Fitzpatrick felt disrespected, and he should have. 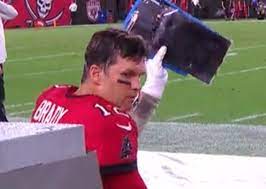 Brady is a baby when he loses. He throws tablets on the sidelines, is short with the media, and often walks off the field without shaking hands with his opponent. In my book “The Brees Way,” on former Saints quarterback Drew Brees, a consistent theme was how I always respected how Drew handled himself “better” after a loss than a win. You can’t tell me Brees isn’t every bit the competitor Brady is–no he just acts more like a grownup and a leader.

Be better, Brady; kids are watching, and so are your teammates.

NOBODY ASKED ME, BUT…: There are so many great options in television these days, from all the streaming choices to the innovations on the sports front. I can’t get enough of the “Manning Cast” where I wish Peyton and Eli gave us that Monday Night Football alternative weekly. 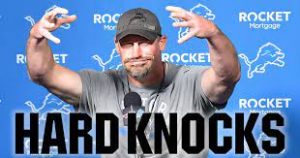 HBO’s Hard Knocks set the bar high regarding all access to tv for sports fans. For the past years, it’s been kind of bland, though, but this season, it made a huge comeback with the Lions, and they’re made for TV head coach Dan Campbell. He’s tough and rough but also a guy you root for. This show officially made me pull for Detroit this season. Hard Knocks highlighted the coach but also did a great job of spotlighting his staff which uniquely boasts several former players including rising star and defensive coordinator Aaron Glenn.

I highly recommend the Lions’ Hard Knocks, which in my mind, eased past the previous top series with the bold and brash  Rex Ryan when he was the head man with the Jets. Ryan, like Campbell, are characters, the kind of men I would love to cover as a reporter and, frankly, the kind of leaders fans can relate to as well.

EXTRA POINT: Sorry to hear about the recent passing of Olivia Newton-John. Who didn’t like her? Her performance in Grease was iconic, and her music always brought back great memories. 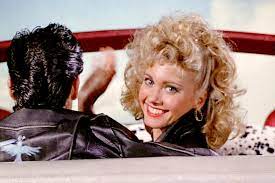 I used to kid my father how he didn’t follow 80’s music (when he was in his forties), but I always remember him listening to Olivia–even in the old eight-track days. My father prided himself on loving country music, Jimmy Buffett, and some rock and roll, but he always made time for a little ONJ and wasn’t alone.

UNTIL THE NEXT BLOG,