We’ve all been there.

Whether it’s on the phone, at the mall or heaven forbid in 2017 we actually have it with an actual face to face conversation?!

Whatever the form, Customer Service is often not love at first sight. 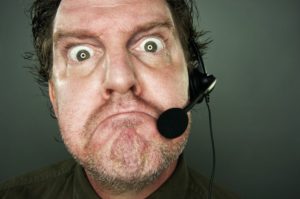 Take my recent experience at the airport. As I’m jumping on a cross country flight, my phone wouldn’t charge. (Millennial problems?!!)

What will happen if I can’t reach my kids, my girlfriend, my co-workers when I land?

The panic setting in didn’t help as I’m parked in one of the worst places in our country– the Atlanta International Airport (sorry Kennedy in New York and yes Dulles in Washington you’re still secure atop the leaderboard) but I digress.

I nicely ask a cashier if I could test my phone with a charger to see what the real culprit is— my phone or the charger? She looks at me like I asked her for a small loan…..time to move on.

The next store over–same question—very different result. The employees found the cheapest charger option for me off the shelf, tested my phone and found all I needed was a new charger. Immediately, I became a new customer. 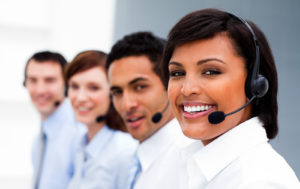 Rarely do I grab fast food but think about it–but when is the last time Chick Fil A messed up your order compared to its competition? It’s a big reason, why they are so successful. 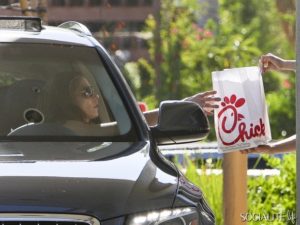 National Rent A Car and Southwest Airlines routinely are atop the  Customer Service ratings and it’s why they are two of the strongest companies in the country. You see a big drop off when you use their competition on both fronts.

Routinely the key is to always know there is better help around the corner. I can’t tell you how many times I have had bad help over the phone whether it’s health care, air fare, my phone plan or just ordering flowers. It usually takes about :30 seconds to realize this person isn’t going to help but if I get off the phone and re-dial—I almost always find a much better backup plan.

I recently had a Hilton employee give me 20,000 extra points because they messed up a reservation, had a Verizon employee save me hundreds on my phone plan and a recent Frontier Cable employee do the same with their bill—you know what all of the above had in common?

They were all the second or third call of the day after I realized the first option was an absolute dead end. 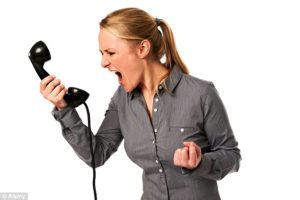 So instead of doing this—know a quick redial can reverse your fortunes in a hurry.

Just like the first cashier at the Atlanta airport—there is always a better employee waiting for you–whether it’s the next store down or the next phone call away.

Customer Service, the first stop in this early Holiday run around the Naborhood, as always–thanks for stopping by.

No where was the crazy more on display than back in October at the LSU/Florida game in Gainesville. The Tigers limp in with their tales between their legs after losing to Troy and you had the Gators entering with an undefeated record in the SEC.

Entering the fourth quarter, Florida officials did a great thing, with the Gators down by a point, they had the fans sing the Tom Petty classic, “I won’t back down”—it looked like the Heartbreakers momentum could push Florida forward. 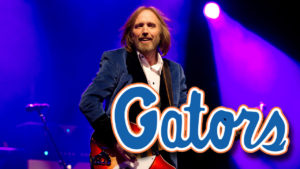 The fourth quarter was scoreless…and the Gators would go on to lose much more than the LSU game. They would lose five straight SEC games and fire their coach in the process. LSU on the other hand would see the Swamp as their turning point–winning five of their next six with their only loss a competitive game against Alabama.

Maybe they should start downloading more Tom Petty songs in Baton Rouge meanwhile in Gainesville “Free Fallin” would have been more appropriate in the Swamp than “I won’t back down”–how about “Runnin down a Dream” in 2018?

MULLEN MAGIC: Speaking of the Gators, I simply love the Dan Mullen hire. When Jim McElwain was shipped off he was the first name I thought of. Sure Chip Kelly would have been fun but I think Mullen is a better option than  him or even the hottest stock out there in UCF’s Boy Wonder Scott Frost. Mullen knows the lay of the land, has developed more QB’s than both and I would like to know how many jobs he’s turned down over the years? UNC? Virginia Tech? Tennessee? 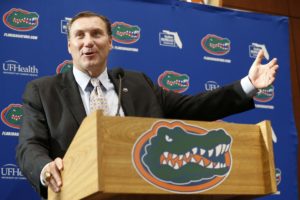 While I had no idea how Will Muschamp would be, I always felt better about the Jim McElwain hire because he had won at Colorado St. Mullen is different—for crying out loud, he won in Starkville ?! In nine years, in the tough SEC West—he was 23 games over .500, won five bowl games and was always competitive. He did more with less at Miss St than Spurrier did in South Carolina—let’s now see what he can do with much more in Gainesville.

When McElwain was hired, I thought Oklahoma St’s Mike Gundy would have been great with the Gators, but Gundy hails from OSU and likely will never leave. I still think Mullen would have been the better choice where I love what he said at his opening presser about the talent he inherited “They didn’t pick me, I picked them.” He’s accoutable and wants his team to love practice as much as the games and wants a quarterback who the team can point to as their true leader—two elements that have been missing in Gainesville since Mullen left with Urban Meyer over nine years ago.

COACHING CRAZINESS: Have have we ever had a crazier month of November on the college coaching carousel? It’s scary how social media is taking over on so many fronts where I saw a parallel between the Greg Schiano and Jimbo Fisher situations. It was embarrassing how the Tennessee Trolls (which included several uninformed politicians) turned a lot of heresy regarding Schiano’s involvement with Penn State’s issues into facts and ultimately a pull back of his job offer. This is an extremely dangerous precedent—letting protestors and politicians who weren’t part of the vetting process take over. Good luck Tennessee…any Volunteers?? 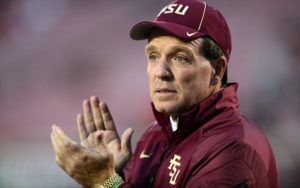 As for Fisher—his likely departure from FSU has me wondering if there will ever be another Bobby Bowden in college football. There was enough pressure on guys like Bowden, Joe Paterno and Frank Beamer who spent decades at one school but you have to wonder with the added heat coming from Social Media and the Internet—if that’s why many successful coaches like Fisher can’t only hold down one fort for so long.

It makes what Nick Saban has done at Alabama even more impressive but also illustrates why possibly coaches like Bob Stoops retire and Fisher moves on with so much equity built up with their fanbase and their players. At some point after so many years–there is a boiling point. Now it comes much sooner than it did ten years ago.

NFL HOT TAKES: Ok, we are ready for the stretch run of this NFL season and besides the Patriots being the Patriots—it was tough to predict a lot of what’s happened. Here are a few of my hot takes…

*The Giants benching Eli Manning for journeyman Geno Smith is remarkable. It’s like the Orioles sitting down Cal Ripken for Rafael Ramirez. This is awful on so many fronts–yes like Ripken, Manning was the Ironman of his sport with 210 consecutive starts. This will end because the team needs Geno Smith to turn things around after the 2-9 start.?!! Manning has 14 TD’s and only 7 INT’s this year—which was on pace for the lowest total of his career. Yeah, he’s the problem? It would be great to see him in a Jacksonville Jaguars uniform next season where he and another Giants cast off, Tom Coughlin would reunite. 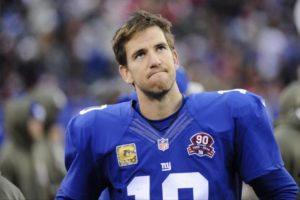 *Watching Aqib Talib and Michael Crabtree’s ridiculous fight made me understand along with the anthem issues why this league is losing fans by the second—-these guys have to realize kids are watching and their are lots of other options out there. It seems we see this kind of behavior each week yet this fight was the worst.

*I am shocked how bad the Bucs are and how great the Saints have been playing. Sure Jameis Winston hasn’t been healthy but he was playing bad before his shoulder injury and it seems despite all the star power this organization possesses, it just doesn’t have any leaders. As for the Saints, after getting buried the first two weeks by the Vikings and Patriots, no one saw this team winning 8 of it’s next nine–gonna be an interesting December for the black and gold. 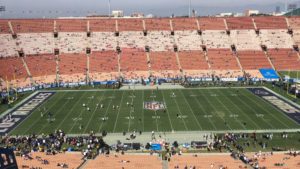 *Please can we say goodby to three things—-Thursday Night Football, Roger Goodell and two teams in Los Angeles. I was in LA recently where  there was hardly any buzz around the red hot Rams—the fact LA can’t handle one team is disturbing–but they have the Chargers too. The shame of this is—with the new stadium being built in 2020–this trend appears here to stay.

NOBODY ASKED ME, BUT….Time Magazine came out the 25 Best Inventions of 2017. Lots of good stuff here from elevators that move side to side, robots, and safer football helmets. For my money though the best innovation could be..wait for it….”Guilt Free Ice Cream.”  “Halo Top” may allow all of us to eat the entire pint without any guilt issues? This could be the best invention since the light bulb…. 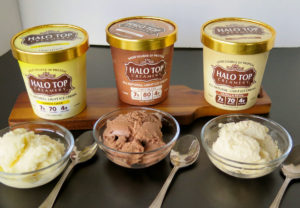 The Ice Cream is full of protein, has a low calorie count and it’s mission statement aims to create “an option to eat ice cream again.” Halo Top retails for about $5 dollars per pint and is a booming business. Its annual sales grew to around 2.500% last year and recently passed Haagen-Dazs and Ben & Jerry’s to become the best selling pint in the Country.

EXTRA POINT: I always enjoyed Ham over Turkey on Thanksgiving but my brother in law introduced me to “Fried Turkey” this past Holiday—-I’m a believer!