The towering inferno that was 2016 gave us plenty of headaches and heartache.

You didn’t discriminate 2016— taking legends from the music world, icons from our sporting landscape, authors, actors, innovators and for heaven’s sake a pair of astronauts. 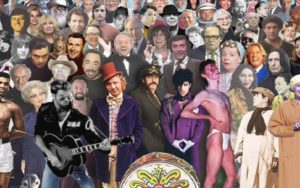 My goodness Gene Wilder, Prince, Ali, Bowie, Glenn Frey and at the last minute a famous mother and daughter—relentless.

Lots of crazy stories especially in the sports world where you could say the past 12 months might be the best Sports year in American History—Cleveland wins a World Championship but was upstaged by the Cubbies who finally kicked the Goat and Bartman to the Curb —nobody can touch that 2016. 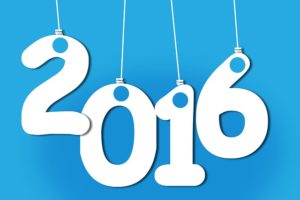 But it wasn’t all bad—let’s give you some “good” highlights from the whipping boy that was 2016:

*The high school graduation rate is at its highest and the teen birth rate kept on falling.

*The unemployment rate is the lowest in 10 years and Americans gave to charity more than ever before.

*Theres finally peace in Columbia and the military no longer rules Myanmar.

*That big ozone over the Antartica is starting to heal

*There’s hope for a new HIV vaccine and the measles is no more in the Americas.

*Pandas are endangered no more.

See c’mon let’s let 2016 out the door with a little more respect….where the better news for you 2017—the bar is set low so don’t disappoint us.

Goodbye Bad Year and Happy New Year—the first shout out in this gallop around the Naborhood. As always, thanks for stopping by.

SPORTSMAN OF THE YEAR: As we mentioned, 2016 great for sports which means it was chock full of sports stars. Take your pick–you could honor the growing gold medal count of Michael Phelps or the rising ring collection of Lebron James but I would honestly trade both years and careers for the man who did the impossible…twice. 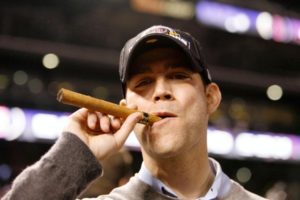 Has there or will there ever be another baseball life better than Cubs General Manager Theo Epstein? First he knocked Babe Ruth’s curse into the cheap seats then for a second act does an “are you kidding me” encore with the Cubbies.

I mean it when I say I would rather trade Theo’s baseball career for many players. Save maybe Derek Jeter, Cal Ripken, Pete Rose (without the gambling) and maybe Nolan Ryan how could you not want to be known as the guy that turned around the two most hexed franchises not only in baseball but professional sports. 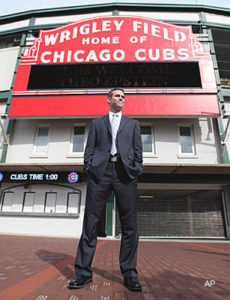 LUCKY BASTARD: I have never understood the hate of Fox Broadcaster Joe Buck. He’s been a whipping boy on Twitter for years where I know, people think he got the gig because of his ole man, the legendary Jack Buck? Sure that helped but you don’t call Super Bowls and World Series’ for years if you’re not good. If that was the case, I’m guessing Bob Costas’ son might be hosting the next Olympics. 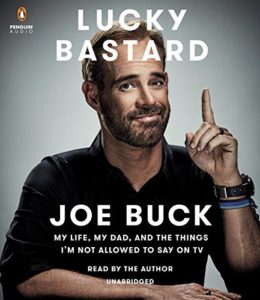 I’ve always thought people pile on Buck which is why I really enjoyed his latest memoir, “Lucky Bastard,” where he piles on himself from start to finish and I loved every minute of it. It was refreshing to see him laugh at himself and put himself out there . He was also candid about his fascination with hair plugs and his fear of losing his voice.

As a divorced father with two young girls, I also appreciated his real life struggles as Joe and I are about the same age, in the same business with similar family ups and downs

I appreciate his talents, his self deprecating ways and it was interesting reading about how he learned from his Dad, yet how they are different too.

If you like Joe Buck, you will love Lucky Bastard and if you don’t like him—well maybe you will get to know him better—I highly recommend it.

GUTTER BALLS: Ok we over a week past Christmas and I must admit and I swear I’m not lying—I haven’t watched a second of any bowl action so far till I stepped into the press box to cover the Citrus Bowl. I wasn’t teased by the allure of the magical Motel 6 Cactus Bowl or the star power of the exhilarating Zaxby’s Heart of Dallas Bowl.

Every year at this time, college football is like going to a great restaurant where they try to fill you up on the appetizers which leaves you stuffed when the main course rolls around.

That’s why I’m saving my tummy for the College Football Playoff which has been so good the past two years, let’s make the move to an eight team–heck I’m all in for sixteen.

It would make many of these bowl games more relevant and eliminate all these .500 and sub.500 teams from invading our holiday TV sets—-too much of a good thing.

PLAYOFF PICKS: OK, back to 2016 where you gave us Trump over Hillary and the Cubbies and Cleveland so why not keep your crazy mojo going into the New Year.

I think based on the evidence of the past twelve months, how bout them Cowboys with a rookie quarterback winning the Super Bowl—it would be so 2016! 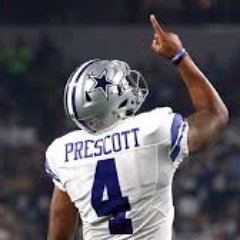 I had Clemson winning the National Championship back at the start of the season. Sure the Tigers have scared the life out of their fan base this fall but I think they are peaking at the right time.

Alabama looks unbeatable but let’s face it—the SEC was top to bottom very beatable this fall so do we really know how good Bama is?

We’re about to find out–give me Bama over Washington and Clemson in a classic over a young Ohio State team. In the College Football Championship game I like the Tigers over the Tide 27 to 24.

NOBODY ASKED ME, BUT…. Sorry Christmas.

Sure you will always get my bronze medal for Holidays (third behind Thanksgiving and Halloween) but I’ve been too hard on you lately.

Yes you’re high maintenance with all your wrapping, tree trimming and commercial excess but I know you mean well. 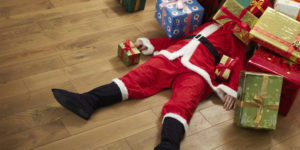 Which is why I just need to embrace all the good your jolly ole self has to offer and block out all the Christmas Craziness which has driven me crazy for the past few years.

I’ve always felt a lot of guilt around this holiday that everyone can’t enjoy you like my family always has–can’t imagine how hard it is for some families to fulfill all of their kids’ wish lists when they are going through tough times. This really hit home when I became a parent.

I need to be better about helping those families to make sure they have a great Holiday, it would make you less tiring and more enjoyable. 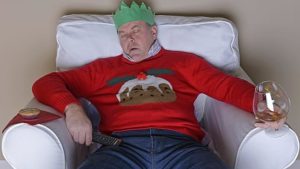 I’ve always loved the Christmas finish line, it’s the race that tires me out. I need to be better about not waiting till the last minute and setting aside gifts throughout the year—that’s on me and certainly not your fault.

Yes last minute shopping can be an adrenaline rush, but it’s less stressful to be more prepared.

I swear I’m not a Grinch, not a Scrooge, just being honest.

Watching my two girls get excited about you remains the best highlight–for my youngest this starts usually around the fourth–truly Christmas in July.

No doubt, you’re a  holiday made for children and no one loved you more than my late Mom– so I’m gonna get better Christmas, I see your strengths and will wave off your weaknesses—can this be my New Year’s Resolution?

EXTRA POINT: I have no problem with these young college stars (Leonard Fournette and Christian McCaffrey) skipping their bowl games. Easy solution on this front—it makes the bowl season more meaningful as you know if LSU and Stanford were in an expanded playoff format that their two hot shots wouldn’t watch from the sidelines….