All of us have had someone who has pushed us in our lives. Could be a tough coach, a taskmaster at work, or often a tough love parent.

For yours truly, my pressure cooker was bar none….a Nun.

I’m not Catholic but grew up in a Catholic school where ask any of my middle school mates—-nobody received the wrath of Sister Philomena more than me.

Sister Phil scared me at first but I grew to look forward to her daily verbal beatdowns as she OFTEN made me the example. It toughened me up where years later my lasting image of her shockingly wasn’t those verbal jabs she dished out…it was actually this photo I saw recently….. 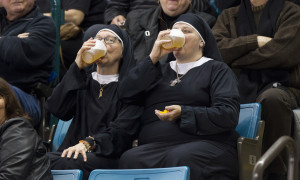 No I never drank beers with Sister Phil but I came close. In one of our St Teresa’s class reunions back in the early nineties in my hometown of Titusville, Florida, me and my middle school class met beforehand for a few shall we say “tailgate beers”–we then preceded to go to the Parish Hall for the festivities.

Armed with a good buzz, I walk in and who is the first person I see??—none other than Sister Phil who immediately came up to me, gave me a huge hug and without hesitation jumped into a long apology for all the tough love she dished out years prior.

In what seemed like some weird dream, I hugged her back and said its OK and thanked her for giving me thicker skin. Sister Phil and I always talked sports (she was a huge football fan)—years later she told me I was a good sport.

Tough love with good beers—our first stop in this week’s walk around the Naborhood—-as always thanks for stopping by.

ALLIGATOR EYE OPENER: I often say nothing shocks me anymore but once in a while you get those eye openers.

It always feels weird when I go back to my alma mater where for an instant I feel 21 again but quickly am reminded I could easily be a parent of the kids attending school these days. In fact, my oldest daughter could be there in 6 years???

When I’m in town covering sports, I like to grab a current copy of the student newspaper “The Independent Florida Alligator.” Usually the columns, as expected, are extremely liberal which is fine—-but this month I read one that was off the charts. Florida student Robyn Smith served up quite the read entitled :”Mating Call: A guide to finding your next no strings attached hookup.” 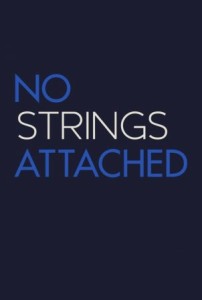 Listen, I get it —there are many one night stands in college and have been for decades but this is the first time I have read a “supposed” handbook on how to have meaningless sex in a student newspaper of all places. In the column, Smith delivered the acronym “NSA” for No Strings Attached, which is mentioned repeatedly followed by her blunt advice— “Here’s a tip for the gentleman: Offer incentives. Getting ready for a booty call is a process. Females are expected to shower, shave and find clean underwear that generally involves some form of lace silk or mesh.”

The young author didn’t hit the brakes there—please read on—” So offer us something in return for our trouble. Yes, an orgasm is great, but dig a little deeper. Tell your lucky lady you just ordered a pizza, that you just picked up some wine or that you just acquired some sweet new vinyl. Snacks, alcohol and chill jams can please anybody.”

Excuse me people—am I missing something here??!!!!!!!!!  Is this what campus life is like these days. Order me a pizza and I’ll be right over?? Maybe I’m old fashioned but times have definitely changed. I was waiting for the punchline but it never showed up. The column ended with Smith sending us off with— if you find yourself in a relationship—she has no help for you??

I’m not naive that this stuff happens and I don’t want to come across as “holier than thou”, but for this to be a lead column accompanied by some hardly sound advice —-that’s a far cry from the school newspaper I remember???

BAD BOYS: People like to pile on ESPN and sometimes for good reason but the network churns out a lot more good than bad. There isn’t any better programming than its 30 for 30 series. I really enjoyed its recent documentary which chronicled those Bad Boy Detroit Pistons who won back to back NBA TItles with a brand of basketball you surely never see today. 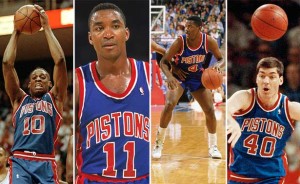 It was great television and left you with a better understanding of this team’s approach. Bill Laimbeer to me is still obnoxious but his play served a purpose on that team. Isiah Thomas, to his credit,admitted he was wrong in walking off the court early against the Bulls in the playoff clinching game and for backing a young Dennis Rodman who amazingly said  Larry Bird “would be just another player if he was black.”

If Isiah doesn’t do any of the above–it would be interesting to see if he would have played on the Dream Team or how much higher he would be regarded in NBA CIrcles.

Still the doc got me thinking that we need more Bad Boys in all of our sports. These Pistons never got in a any trouble off of the basketball court but they added a lot to their sport.

Think about it, we have an epidemic of too many nice guys. Nascar hardly has any bad boys anymore, all of its drivers look the same to me and that’s boring. In Golf, you don’t have any John Daly characters anymore and tennis needs more John McEnroe’s!

Its good to see some bad when you’re a sports fan. I never rooted for the Bad Boys but they always had my attention.

BOSTON STRONGER: Great to see the Boston Marathon bounce back. It was interesting to read many outstanding articles which commemorated the one year anniversary of the bombing. Several articles shed lots of light on how special both the community and those athletes are who compete every year—not to mention how last year’s violence impacted so many. 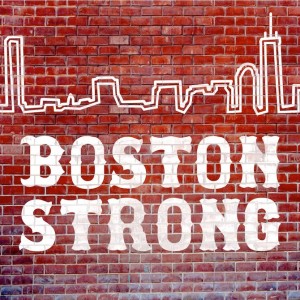 S.L Price’s Sports Illustrated profile delivered quality insight on those injured at the bombings but dug deeper—looking at how special this race is. It made me want to run it one day as it seems there is never a period during this race when the crowd lets up. Every mile has its share of special fans like the Women of Munger Hall from Wellesley College who are known to “make out” with runners who need a break I guess?

It was a nice read about one of our country’s longest running—see what I did there—sporting events. I’m glad it didn’t slow down this year where its definitely on my bucket list. USA TODAY had a survey on marathons nationwide– stating there was a record high 541,000 finishers last year. The leading age group was 35-54—so there is still plenty of time!

NFL SCHEDULE: I love the NFL offseason but let’s be honest–can be dangerous. Its silly to project how good a team’s draft is and even sillier to gauge how tough your teams’s schedule will be. But isn’t that the fun part? 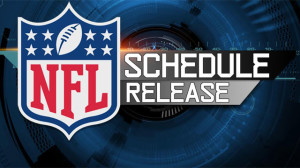 I have covered the Saints the past nine years and always try to predict (even though its stupid) how they will fare when the schedule is released. I never would have thought New Orleans would lose to the lowly Rams and struggling Jets this time last year but it happened the following fall?! You never know how injuries and the draft impact teams.

So be careful about getting too excited about OTA’s and new uniforms (see those Bucs fans) but what the hell??—-its fun to be optimistic in the spring especially for a league where parity is king and unlike Major League Baseball—“most” of the teams really do have a chance when that schedule kicks off.

NOBODY ASKED ME BUT: My youngest daughter—nine year old Alexandria Michael Nabors  (Ally) always keeps me guessing. She is smart, beautiful and but I appreciate her wit the most.

I brought home a visor from the Final Four and she told me it looked like a “girl’s hat??” I told her  I disagreed,—her response, “Sorry, that’s my point of view.”

I could give you one of those “beyond her years” lines every week—like the time I told her and her sister to please stop carrying on because “I’m tired of yelling at you!” Her response “then why don’t you stop.”

She was two years old at the time and loaded with a quick wit and chock full of common sense. Well this week she was armed with common cents.

My unpredictable Ally told me her latest goal was to start a bank account. I had no problem with it,but then recalled I opened my first account when I was in high school (i think)— but she got a real kick out of it , as did her ole man. 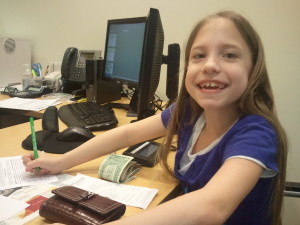 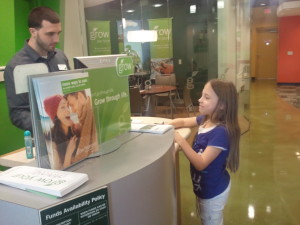 As you see, she put all the money she has accumulated over the years from birthdays and holidays and even cashed in all the change in her piggy bank. She may only be nine but it was a good lesson for her about saving money.—and made her feel like a big girl.

I thought of that Ally Bank—-don’t be surprised if this witty girl runs that one day—-baby steps…..

EXTRA POINT: I haven’t been to every Major League stadium but it will be tough to top the Wrigley Field experience. This week the home of the Cubs and at one time the Bears celebrated its 100 year anniversary. Keeping with the 100 year theme song —the home team delivered another heartbreaking late inning loss to celebrate.

If you haven’t been–you gotta check it out. A great place with an outstanding collection of neighboring bars. Wrigley didn’t lose its luster when it added lights—I wonder if it would lose any charm if the home team ever won it all??