Could be as simple as a thank you card or could be an unexpected thank you lunch.

It could be staying an extra hour or two to get it done right or trying a new option to jump out of your comfort zone.

Going the extra mile doesn’t always pay off, but generally it gives you a good sense of closure–you do all you can to make it happen.

It’s a trait I’ve always taken to heart and appreciate in other people.

Sometimes you do something extra to advance your career–it may not work out (trust me this comes from a lot of experience) but either way, you learn from it and deep down feel better about putting yourself out there.

Recently, I saw this pattern in two successful people.

Enjoyed a recent interview with actor Kevin Costner, where he talked about being a struggling actor for years until he started getting roles in his late twenties. You may think of Costner primarily in sports movies, but at the time he desperately wanted a a part in Schindler’s List. 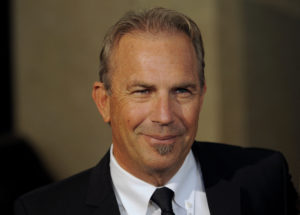 He wanted it so bad, Costner repeatedly pushed for a meeting with director Steven Spielberg and finally got his opportunity. On his dime, Costner flew across the country and met Spielberg in all places, his living room where he auditioned for the part of Oskar Schindler.

Costner wouldn’t get the role and he knew it immediately as he left Spielberg’s apartment. Apparently Spielberg wanted a more “under the radar” non Hollywood actor like Liam Neeson where he picked Neeson after seeing his work on Broadway. My point is–Costner, while feeling silly at the time, at least put himself out there and tried. Many wouldn’t have…. 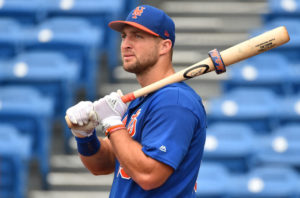 I heard that story around the same time I watched Tim Tebow make his Spring Training debut. Unlike the many critics waiting for him to fail on every pitch, I applaud Tebow for trying. He could easily be soaking in life as an SEC Network analyst, but instead I give him a lot of credit for wanting more, even though he knows those critics were waiting to pounce.

I applauded his first strikeout as loudly as his first base hit for the same reason—-he tried.

There is something to be said for that.

Going a little extra, our first in more than a few extra miles around the Naborhood. As always, thanks for stopping by

DAD JEANS: I’ve always thought I was pretty on top of my fashion game over the years?!  I actually like buying clothes, especially dress clothes,  but in our busy lives, I get reminders I have no idea what I’m doing.

Back in the day, this was never gonna happen… 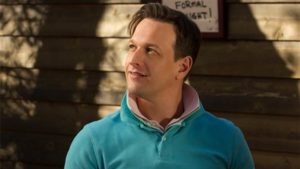 It took awhile for me to recognize that you need to start untucking your dress shirts which was sometimes problematic for a guy who isn’t six feet, but I digress…

Recently, a good friend I trust and respect gave me the subtle suggestion that I need to update my jeans. I was frankly shocked as I’ve been rockin the Levi’s since, well forever.

But the Levi’s weren’t the problem, the problem was I was sporting, “Dad Jeans.”

These are examples of Dad jeans—light, faded and apparently unbeknowst to me….lame! 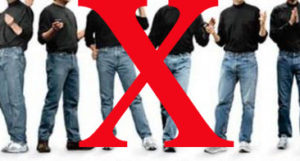 I honestly had no idea until I started noticing, you know what, she was right—I was still stuck in the eighties and nineties where “Dad Jeans” ruled. I actually researched this to find a “somewhat” recent New York Times article saying, “Dad Jeans are making a comeback,” only to have GQ counter with, “Dad Jeans are not Cool again.”

BOTH articles were published in 2013—where have I been?

So word to you fellow lame Dads like me—this is apparently the way to go these days….? 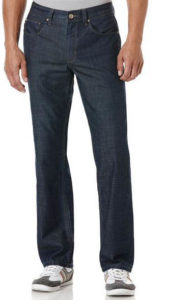 Who knew? Unlike the collars up polo’s, I can get on board with these apparently new and improved darker deals—but what do I do with my perfectly fine Levi’s Dad’s jeans?

Sorry, on occasion they still will be in the rotation as fashion police be damned, that’s the joy of getting older–it really doesn’t matter anymore…..

MARCH MADNESS: As documented in past Naborhood Blogs, I feel the Month of March is the best on the sports calendar. The biggest reason–you gotta love the Madness.

I hate the one and done rule which has ruined college basketball but it’s hard to mess up the NCAA Tournament—it always delivers! Sure, I don’t cover college hoops like I used to but it doesn’t matter—there is nothing like the Big Dance, which is always gives us great games and the unexpected. 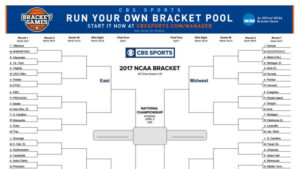 It also gives us the chance to win a few bucks. According to espn.com, every year 70 million brackets are filled out with an average fee of 30.00 dollars. In all 10.6 million dollars will be bet—that’s impressive.

In this blog–we predicted the Patriots would win the Super Bowl before the season (not exactly going out on a limb) but hey we also predicted Clemson last August to win it all in college football—just sayin? With that said, here is my Final FourDuke vs Gonzaga with the Zags finally breaking through and with the parity of college hoops I have a 7 and a 10 making the other semifinal with Michigan beating Wichita State.

Give me Michigan over Gonzaga in the Final 75-69! By the way, if you’re predicting the final score for many of your March Madness tiebreakers, keep in mind no winner has scored over 80 since Louisville won it all  back in 2013 and despite the parity, still can’t see a 16 seed knocking off a top seed yet?

A better barometer might be my 11 year old daughter Ally who hasn’t watched a second of hoops all year—her Final Four includes Florida, FSU, Louisville and UCLA with the Noles beating the Bruins 75-68…take that to the bank!

KNIGHT MOVES: Speaking of the Madness, enjoyed Showtime’s recent documentary on the last undefeated college basketball team, those 1975-76 Indiana Hoosiers. “Perfect in 76.” It chronicled the team’s amazing 32-0 season where it was interesting to see the close calls and the ups and downs from Bob Knight’s well rounded and veteran team. 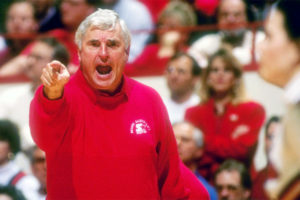 “Bob Knight is such an interesting character,” said Ross Greenburg, the documentary’s Emmy Award-winning executive producer. “Over the years, people have gotten so obsessed with his temper, or those moments where people have kind of almost exaggerated his personality, that they’ve forgotten how incredibly impactful he was as a basketball coach, and his relationship with his players.
That may be true but I’ve never been a big Bob Knight fan where it seems once you really start to look past all of his demons, he does something to remind you of how disjointed his personality is.
Promoting the documentary on the Dan Patrick show recently, Knight was asked by Patrick why he hasn’t returned to Indiana since he was fired in 2000 which included a potential reunion with his 1976 team? His answer began with a respectable tribute to how he always enjoyed the fans but then Knight went into his thoughts on the Indiana administration who fired him, many of whom aren’t alive anymore.
“I hope they’re all dead,” Knight said to Patrick.
Really?
What a shame but it was typical Bob Knight. Too bad one of the greatest coaches in college basketball history can’t get out of his own way. Knight is smart, sometimes engaging but at the end of the day, he’s a bitter man.
BEST SHOW ON TV: I don’t watch as much TV as I used to but there are a lot of shows (particularly on Netflix that I would like to dive into but haven’t) The one exception is Showtime’s great series, Billions. 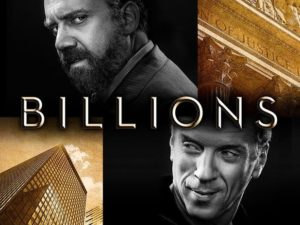 The show had a fantastic debut season and after a hiatus last year is back and it’s remarkably even better. The series is supposedly based on the activities of aggressive federal prosecutor Prett Bharara, the former U.S. Attorney for the Southern District of New York and his never ending legal battles with hedge fund manager Steve Cohen of SAC Capital.
Playing Bharara is possibly my favorite actor in Paul Giamatti and playing Cohen is talented and believable Damian Lewis. Both are perfect for their roles.
While Giamatti and Lewis are the protagonists, Billions gives you so much more. Lots of great supporting roles, always new subplots. The writing is tremendous and the show as the good ones do–always leaves you wanting more.
Showtime just picked up Billions for another year—that was a no brainer—it’s the best thing on TV these days.
NOBODY ASKED ME, BUT….. I’ve covered lots of Super Bowls, Final Fours and numerous All Star Games but I’m sincere when I say that my favorite event is Spring Training every March.

Does anybody have it better than Major League Baseball players? Absolutely not. These guys have it so much better than the NFL, it’s laughable. 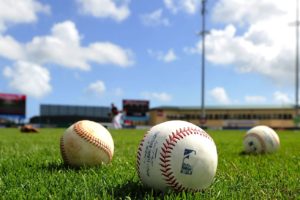 Unlike their pro football brethren, these MLB guys get guaranteed contracts and unlike the NFL stars, baseball players don’t have to endure annual brutal Training Camp outings. Instead they get the awesome combination of  batting practice, fielding and light running drills before they play a month’s worth of exhibition games. During this time, those Major League starters get several days off and when they do play, only play a half of a game.

For the second straight spring, I’ve had the chance to cover several teams for where the things I enjoy the most is running into some of my favorite players from the seventies and eighties who are now coaches or roving spring instructors. For example, love spending time with former Braves closer turned Braves instructor, the legendary Gene Garber.

My favorite deal though is not the games, it’s just soaking in batting practice during Spring Training. It sounds corny but it’s true—the great weather, the sound of the bat and the people filing in the stadium is really great, I can’t get enough of it.

EXTRA POINT: Rest in piece Bill Paxton—you had a heck of a career but I will be forever grateful of your role as Chet in Weird Science—unforgettable!