It’s always great to have something to look forward to.

Christmas, Birthdays, Anniversaries and so on and so on……but do we look forward to anything more than football season?!

While that is up for debate there is no debating that football is king of its sports jungle and its throne just keeps separating itself from the competition. Basketball is bigger globally as is the other futbol, but American football is the dominator in these parts and the gap just keeps growing as do those countdowns.

Think about it, every year it seems we get more of these…..

I don’t see “any” 100 days till NASCAR or 100 days till Wimbledon or the Masters for that matter. People miss football a great deal and countdowns just make them feel better.

It wasn’t always this way. America’s pastime used to be baseball but that’s as old as many of my baseball cards. Football is what we crave and the craving starts right when the football ends—in fact we look forward to football so much that one of the most popular countdowns is this growing classic…… 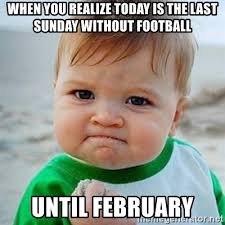 Admit it folks, that makes you feel pretty good doesn’t it? The better news,—you made it.

Ok this has been fun but the reality is most people actually survive without football. I love recently what legendary sportscaster Al Michaels said on the Dan Patrick show. Michaels has the “rule of 330 million” meaning how many people live in the United States. Sure 8 million people may watch his telecasts on NBC’s Sunday Night Football but that also means 322 million are doing something else.

Kudos to Michaels for the needed reality check.

The pigskin countdowns get crazier every year and are picking up steam but in reality people get along just fine outside the lines. I love when football starts but I think the Countdown winner for most is the Holidays. People look forward to that time of year more than late August but that doesn’t mean you can’t enjoy this special time because let’s face it— it’s pretty damn great!

So enjoy every morsel of the next six months you football freaks!

Football Countdowns, our first stop in another lap around the Naborhood, as always thanks so much for stopping by.

THE FRIEND ZONE: Football season can foster  friendships but a recent article was a sad commentary on the state of friendships among our young people. Millennials are the age group that will reach adulthood this century. They grew up in the heart of social media and in the midst of our cultural phone obsession.

The end result may be— less friends and less human interaction.

In an interesting article by Jamie Ballard on the website YouGov.com their data shows Millennials are the loneliest generation we’ve ever seen. 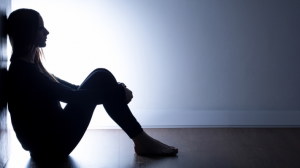 While those numbers are disturbing, I found this data even more alarming.

The YouGov study found Millennials are also more likely than older generations to report that they have no acquaintances (25% of Millennials say this is the case), no friends (22%), no close friends (27%), and no best friends (30%).

The study found the real headline—about one in five Millennials say they have no friends?

It isn’t all bad news as  (70%) of Millennials do report that they have at least one best friend. Nearly half (49%) say that they have between one and four “close friends.” 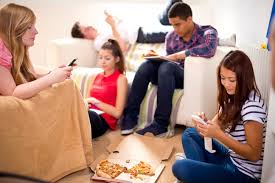 I truly feel for this generation, this is all they’ve every known. It’s our job as parents, teachers and mentors to help them but unfortunately the patterns have been established—hopefully the numbers and the social behaviors change in the coming years but you have to wonder?

OPERA KICKER: You know athletes these days are sometime unfairly stereotyped. Like any profession, whether it’s a police officer or a politician, a few bad apples ruin it for everybody–same in sports.

But there are many great cops, honest politicos and many athletes aren’t dumb jocks—some are quite versatile. This kicker may lead the pack….. 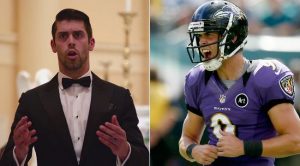 The Baltimore Ravens’ Justin Tucker is your best kicker in the NFL, one of the best to ever play the game yet can do more than kick, he is a bonafide Opera singer?! Tucker majored in music at the University of Texas, where he is a classically trained bass-baritione.

He claims in a recent interview on HBO’s Real Sports to have been more nervous singing “Ave Maria” for a Catholic Charities benefit concert in Baltimore than kicking in the Super Bowl? He’s so good Royal Farms has him singing in commercials and he’s turned down invites from the New York Opera and the Baltimore Symphony Orchestra. 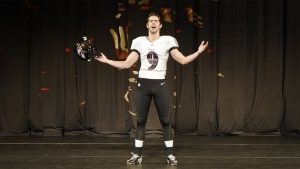 Tucker clearly isn’t your average kicker and that’s pretty refreshing. I saw him miss the first extra point of his seven year NFL career last season, it gave the Saints the victory at the buzzer and provided this Opera kicker with plenty of motivation.

Tucker claims he thinks about that miss every day and amazingly kept the football as motivation not to do it again.

Often we hear of holdouts, suspensions and spoiled brats, Justin Tucker is proof there are not only great people who are athletes there are unique ones too.

Recently the website Trendchaser came out with the “worst” TV shows of the 21st century. I hadn’t heard of most of them with a few exceptions like Rules of Engagement, Dr Ken and the remake of Charlie’s Angels and Full House rung a bell but I’ve never seen any of those. 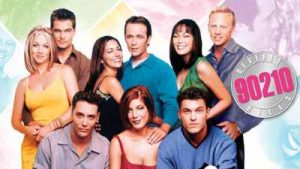 We now have a new leader in the clubhouse friends. I only saw the original episode of the 90210 reboot and like we say sometimes, what I’d give to have that hour back. It was embarrassingly awful. Why do you make the characters real when they never were. It would be like remaking Happy Days and portraying the Fonz as Henry Winkler—you just can’t do that?

The fact I’m typing about 90210’s sequel is kind of embarrassing too, just a warning you might want to finish that book you’ve been putting off or schedule your workout around that time—-just looking out for you my friends.

NOBODY ASKED ME, BUT…. We start with football and I will end with it. Lots of intrigue in the NFL this season as you wonder if Brady and Brees can beat everybody including Father Time. Can the Bucs and Jameis Winston rebound under Bruce Arians and how much better will the Jaguars be with Nick Foles?

Seemingly a lot less intrigue in college football where it seems we are staring right in the face of another Clemson/Alabama showdown. 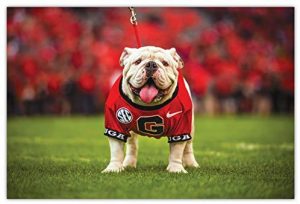 But it’s prediction time and for some reason I really like the Georgia Bulldogs. Head Coach Kirby Smart has been piling up great recruiting classes and let’s face it, the Dawgs have been knocking on the door for several years–this is the year they break it down. Really like quarterback Jake Fromm who will win the Heisman as he finally doesn’t have to look over his shoulder anymore.

As for the NFL, prediction are hard because you can’t forecast injuries but I really like the Saints who may have their best team since Brees has been there. I’m a big Tom Brady fan but I think it’s the Chiefs turn as their quarterback Patrick Mahomes is arguably the most exciting player on the planet. 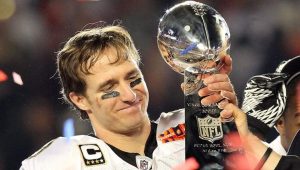 Give me Dawgs over Clemson in the Natty and the Saints over the Chiefs in Miami, the same place ten years ago the Saints won their only Super Bowl. After the win Brees will retires and Brady finds a way to come back for more.

EXTRA POINT: I really wanted to highlight this blog by weighing in on the whole chicken sandwich debate but all the Popeye’s I went to locally in Tampa don’t have them yet??? Stay Tuned, Chick Fil A you could be in a heap of trouble…..