There are certain portions of the year we all look forward to: Holidays, Birthdays and of course any vacation time we can soak in but when it comes to sports there is one month better than all the rest.

Many point to August–not a bad call where of course its the  beginning of your college and pro football seasons. Some like December the beginning of the bowls and the NFL stretch run— but for my money the month of March especially mid to late March is king. 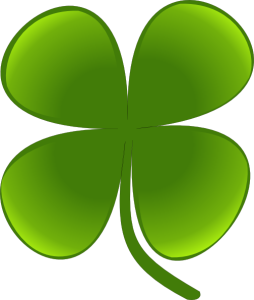 Besides green beer and shamrocks you have  Spring Training which to me is the ultimate sporting event. Not a bad seat in the house, they don’t charge you an arm and a leg, a la preseason football and you see a nice mixture of your favorite and future starts. Oh yeah, the weather isn’t bad either.  It also builds the great anticipation for what should be a National Holiday—Opening Day.

March also gives us plenty of NFL football headlines. Unlike baseball, the NFL has a salary cap which makes free agent news that much more juicy and at the same time heartbreaking as several teams say goodbye to popular veterans.Combined that with predraft talk and March doesn’t let us down.

While those are nice appetizers, March is known for its elite entree—yes the Madness. One of many topics we shoot around in this edition of the Naborhood.

BRACKET BUZZ: Filling out your bracket is kind of like drafting your fantasy football team. You can talk about it with friends and family but really nobody cares about it but you. With that said—(ha)—gotta pass on my favorite bracket memory—I was an intern for the St Louis Cardinals back in the late eighties. While the players and coaches filled out several brackets, I could only afford one but that one took me one game from winning it all. I was a buzzer beater away from beating then Manager Joe Torre for the whole pool but winded up in second place right in front of then catcher Tom Pagnozzi who finished third. It drove the players crazy.

Of course the key to winning is finding this year’s Butler or Wichita State. Here are a few of my picks:

BIGGEST UPSET: how about Western Michigan over Syracuse who slumped its way into the tournament.

SURPRISE TEAM: Iowa State–I see the Cyclones making a decent run to the Elite 8 until they get tripped up by Michigan State

NO LONGER CINDERELLA: VCU: It amazes me with all the coaching musical chairs that Shaka Smart  is still the Head Coach but the Rams won’t sneak up on anybody anymore. I think they get sent home by Florida but they won’t go down without a fight

Sure a #1 seed has never lost to a #16 seed but that day is coming and coming fast. So for every Florida, there is a Gonzaga and for every Duke there is a Stephen F Austin—this thing once again is a crapshoot. With that in mind, I wanted to continue  a tradition with my very smart 12 year old Morgan Grace. Last year her bracket was better than mine and so a year later I’m going for a little revenge.

I made sure she finished her homework by the way….. 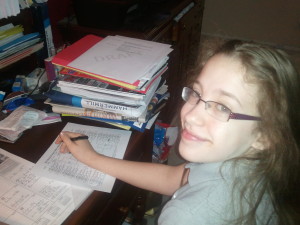 Here are our Final Four’s—-we will see how this plays out in the next few weeks….game on oldest daughter…….

Dad—– Florida, Michigan St, Wisconsin and Louisville. I love this experienced Gators team who genuinely like playing together so give me the Gators over Louisville in the Finals (Billy Donovan over Rick Pitino–student this time bests the teacher)

Daughter—-(without any parent supervision) Florida, Virginia, Oregon (interesting pick) and Wichita St. She has Florida winning it all but Louisville getting upset in the 1st round–we’ll see how that works out

Not a bad bracket for my oldest overall though, where I believe the only thing my daughter knew about any of the teams is that the Gators are pretty good—-enjoy the Madness everyone!

BRUCE ALMIGHTY: Attending the SEC Hoops Tournament recently, I noticed something. Sure the conference has the flamboyant John Calipari but it was missing something—-it needed more personality—it needed  Bruce Pearl back. Thanks to Auburn, many of us got our wish.

Sure many doubt whether Pearl is sincere that he has learned from his mistakes and many in the coaching profession will never forgive him for turning in Illinois for recruiting violations–but I will. What other coach does this?? 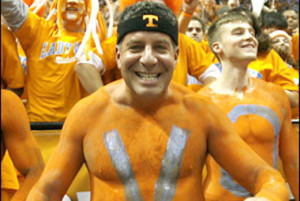 Bottom line–the guy can turn around programs. For the love of hoops, he took Milwaukee to the Sweet 16 and then led the Vols to six straight trips to the tournament. He was 8-5 vs Billy Donovan and the second fastest coach EVER to 300 victories.

Its amazing how the fortunes of Auburn have turned around in one year. They are the reigning SEC Champs in football and now have Pearl to resurrect a program that hasn’t played in the Big Dance in 11 years. Bruce Almighty will change that soon along with the culture and personality of the SEC hoops front which surely could use some pizzazz.

TIGER TROUBLES: While many turned their back on Tiger Woods over the past few years, I have never lost faith. I always believed he would catch Jack’s record for most majors—well until recently. Woods backed out of Bay Hill–a tournament where he is batting an amazing .500—winning 8 of 16 tourneys—-for back reasons. 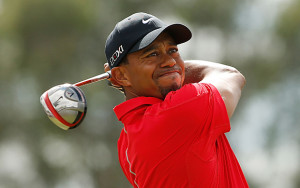 While Tiger hasn’t won a major in six years, Woods was the best player on tour a year ago but is now threatening to not make it to the Masters for the first time in his career. Yeah, he hasn’t missed Augusta since breaking on the scene in 1995. I always thought he would catch Jack but now he’s not chasing Nicklaus he’s seems to be chasing Father Time. Will his body hold up enough to give him a chance—a few months ago I would have said eventually he will break through and win four more majors, now I’m starting to wonder.

BO KNOWS?!: Injuries sure wound up ending the legend of Bo Jackson. While I always thought he was much better at football than baseball, who knows how long he could have kept it up if he hadn’t injured his hip.

Recently, Jackson made a visit to Spring Training where he dished out this advice for any future two sport stars—“Twenty-five or 30 years ago when I did it, I’m not trying to say anything negative about other athletes, but the talent pool wasn’t that deep. In this day in age, with all the high-tech training, computer-engineered workouts and the proper food and diet, if you try to concentrate on two sports, I guarantee you’re going to ride the bench in both because the talent is that deep”

I don’t agree with that, I think some athletes are so good they can rise above technology and can be good whether its 1994 or 2014. Bo is one, Deion is one but who knows if Russell Wilson or Jameis Winston could be?  I don’t think they’re biggest obstacle is what Bo thinks–I think the fact that they play Quarterback is their biggest drawback. Its one thing to play running back and the outfield but being an NFL Quarterback demands an awful lot not only during the season—but year round.

I hope Bo is wrong on this one. There has to be a talented non-quarterback out there playing little league and pee wee football somewhere that can tackle both—-who knows when we’ll see it?

NOBODY ASKED ME BUT…..Its crazy how fast ten years can go by but sometimes we get reminders of it. The latest for me was honoring the first “pro” championship team I ever covered—those Stanley Cup Champion Tampa Bay Lightning who brought home the cup 10 years ago back in 2004. 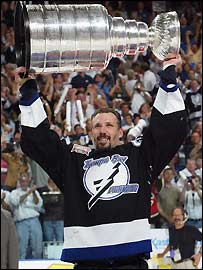 There is no doubt hockey players are the best athletes to cover and these guys didn’t disappoint. Captain Dave Andreychuk set the tone for the whole team from the way he handled “the room” to the way he dealt with the media. While he was the leader Brad Richards and Marty St Louis were the catalysts and clutch players for a team that will never be forgotten in the Tampa Bay Area.

Head Coach John Tortorella was the master manipulator of his team, the opposition and the media, doing as fine a job at getting the best out of his players as I’ve ever seen. In some ways its seems like 10 years has passed as a lot has happened in my life since working with that group a decade ago. Yet the reminders of the magical season left me feeling very lucky for having the opportunity to watch these Bolts chase for the Cup all over the country and Canada—an unforgettable experience.

EXTRA POINT: You can talk Bortles and Bridgewater all you want—-I will beat this drum until draft day—-if I needed a QB I would pick Johnny Football first and I think those that don’t will live to regret it.