I’m a sucker for those commencement speeches. One day I hope to give one. It’s fun this time of year to take in a whole different batch of em. I binge watch many on YouTube like many watch shows on Netflix.

May is Graduation month, a special time which should be full of both optimism and realism—not cynicism.

So, I’m shopping for my niece Kaylen the other day who recently graduated from high school, in search of that perfect graduation greeting…… 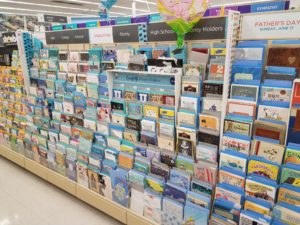 As usual you have your wide variety of graduation cards—serious, too serious, funny, a little too goofy and then I came upon this one, which on the surface looked like a potential winner…

Ok “real life awaits”, I’m with you—a time to be excited, a time to be hopeful, a time to put into action all the hard work a graduate has put forth the past four years—-but then you had this inside…. 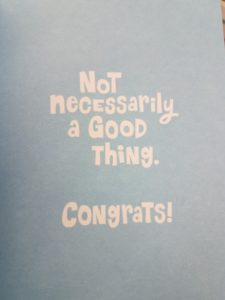 Who did they pay the big bucks to come up with this buzz kill? I wonder how many people actually bought this?  C’mon Hallmark you’re better than that…or are you?

Listen, I want my niece to know college isn’t easy, she will have bad professors, meet her share of rude and challenging personalities along with lots of tough obstacles but she also needs to know the good will far outweigh the bad— if she works hard, explores her many options and learns as much as she can–college will be a blast.

I wish all high school graduates the same dose of optimism AND realism.

I’ve posted advice to graduates in past blogs but the best inspiration I’ve heard recently didn’t come from the likes of Mark Twain, Albert Einstein, a past president or a respected philosopher. No just for you Class of 2018, I pass on wisdom from my man  Dwayne “The Rock” Johnson who I heard recently offer great perspective when he reflected on his lifelong dream of playing professional football dying after only weeks of playing professionally in Canada.

Johnson said years later on the balcony of a plush hotel in Vancouver, the city where his football dreams vanished, “Sometimes the one thing you wanted to happen, is the best thing that “never” happened.”

Great advice, some of the best I’ve heard in some time—-trust your plan, it may lead to bigger and much better things. This can apply to your life professionally and personally.

Yeah Johnson’s unbelievable post football life was something he never expected–so keep that in mind graduates—life is good (don’t believe Hallmark) just don’t stop believin and keep grinding—-a lot of great possibilities out there—even those that could surpass what you once thought was your big long term goal.

That’s good advice for Grads, heck that’s good stuff  how ever old you may be.

Graduation Greetings our first stop as another trip around the Naborhood well, “commences.”  As always thanks for stopping by.

SORRY SEQUELS: We’ve said it for years folks but the trend continues….it’s amazing with all the great and creative minds out in Hollywood–why on earth do we keep recycling the same old material?

Is it laziness or are the powers to be just not bold enough to take more chances? I don’t get it.

Thankfully this recyclable was put to pasture and those were my feelings before the idiotic tweet…. 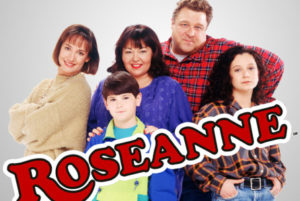 The networks are now working on sequels to Murphy Brown, Cagney and Lacey and even Magnum P.I.—stop the madness?!

Now there is a recent exception to the rule—take what they have done with the Karate Kid 34 years later after the original, this one works…. 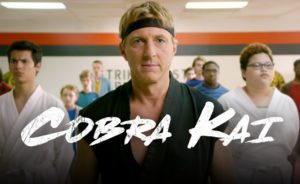 Mr Miyagi did a lot of the heavy lifting in the original but the ratings for “Cobra Kai” have been great because—it’s a great sequel. The modern day fight between the now successful Daniel Larusso and the struggling Johnny Lawrence is well thought out and executed—yes sequels can work if they operate this way.

I don’t want another Rosanne, Magnum P.I. or Murphy Brown but how about another exception which could work well too.. 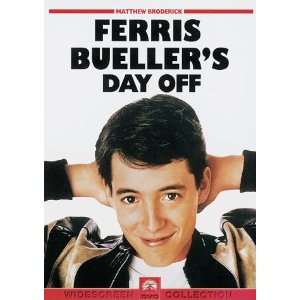 Hey, I don’t like touching those 80’s classics but this one could succeed but with two big conditions—you have to have Matthew Broderick on board along with Alan Ruck as his sidekick Cameron—would be fun to see what those guys are up to. Unlike a lot of classics–this one could have a natural second act.

ANTHEM ANGST: The time of year, the NFL is showing us a few constants—it doesn’t matter what they put out there people care and conversely they keep shooting themselves in the foot regarding this National Anthem controversy.

Yes the fans can’t get enough of the draft, the releasing of the schedules even those monotonous OTA’s (Organized Team Activities) still unbelievably get big headlines. Can you imagine if the NBA, MLB or the NFL had OTA’s it would be crickets yet the NFL still reigns supreme.

They still steal the show even without any leadership. Commish Roger Goodell should have been fired years ago after botching Bountygate, Deflategate and now he and the owners continue to trip over themselves over these National Anthem protests. 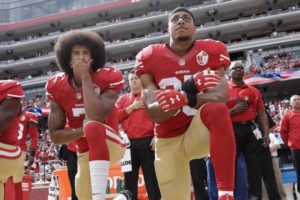 The crazy thing about this controversy–once you think it’s about to disappear, somebody throws gasoline on the fire. First it was our president on Twitter last fall, now it’s the silly solution of the NFL Brass who after “NOT” consulting the player’s union came up with this gem—if you’re gonna protest–stay in the locker room?

Really? Is this the Goodellian version of “NFL Time Out”—-if you protest–you must “go to your room?” or in this case “your locker room.”

My goodness–these guys make a lot of money to come up with these types of solutions.? How about bringing people together instead of more isolationism. These Owner’s hold more Meetings than your local city council but they can’t schedule a few with the players to ease tension and come up with a better plan?

So much for unity in the NFL—it’s just more of the same but sadly it’s become predictable. The league remains bullet proof and so does their commissioner who amazingly is still employed.

LEBRON VS JORDAN: I’ve said this for years but for my money Tom Brady and Lebron James still haven’t gotten their due. The two biggest superstars of the “social media” era have been picked apart more than most athletes with similar resumes in different eras.

I believe Brady is the best quarterback ever given he has the most Super Bowls and he’s done it with a not so great supporting cast but then you have Lebron.

I thought for years Jordan couldn’t be touched as the best player ever but Lebron is now on his heels. When you have a debate like this—I break it down as  if you were selecting a team who would you want first Michael or Lebron? I’m starting to lean toward the King. 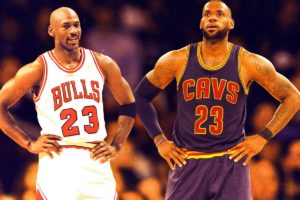 Lebron may not be as clutch as Michael but there is no doubt he is a better all around player—much better rebounder and assist man. He also, unlike Jordan makes his teammates better—-you could put Lebron on this year’s Orlando Magic and they would make a playoff push–I’m not sure Jordan would?

In fact, that would be fun—just put the King on any team midseason no matter their record and he likely would get them deep into the playoffs—it’s something we’ve never seen before.

Lebron has now made the Finals an unbelievable eight straight years–the last player to that was Bill Russell–back when the NBA had eight teams? And Russell’s supporting cast wasn’t remade halfway through the season like Lebron’s and was much better than the likes of Kyle Korver or Jeff Green?

Jordan had Scottie Pippen, Horace Grant, Dennis Rodman and Phil Jackson for the bulk of his ride. Yes Lebron had more than a great supporting cast with the Heat and  hadKyrie Irving for his one title in Cleveland but what he’s done taking his first group of Cavs to the finals eight years ago and then this bunch of no names eight years later is impressive.

Lebron doesn’t have Jordan’s rings but his all around resume is more impressive.

NOBODY ASKED ME, BUT…. Hey they seem like a very nice couple, in fact I think Prince Harry is the first member of the Royal Family I may like to have a beer with but I’m sorry folks it’s 2018—-it’s time to stop the Royal Madness–I’m calling for a Royal Flush.

I’m all for celebrating hard work, major accomplishments and outstanding service but the only thing they have to offer is lucky bloodlines? 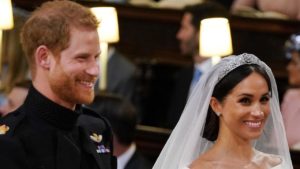 According to Time Magazine, those British taxpayers spend $468 million a year just to have “a head of state”—a lot more than the official figure released by Buckingham palace, which was $58 million last year. Hmmmm ?!

The Brits are fired up too where in a recent poll 57% believe the royal family should pay not only for the wedding but also for police costs.

Is that too much to ask?

I’m with the locals—can you imagine if our money went to that kind of nonsense here in the good ole US of A? The natives would be more than restless but it’s funny many of those same natives are glued to their TV’s here in the states and buy the People and US magazines with the Royal Family on the cover in  droves…..a tradition like no other?

EXTRA POINT: Even if you don’t like hockey, you gotta love what the expansion Vegas “Golden Knights” are doing. They were 200-1 odds to win the Stanley Cup before the season but here they are in the finals.

Make you appreciate the Knights even more huh?