It was hardly a Charlie Brown experience (no rocks) but its crazy what happened this Halloween and I’m wondering if you experienced the same thing?

We saw very few treats and a serious lack of tricks. The amount of trick or treaters has seemed to decline the last five years and I’m wondering why?? Is it because people are more guarded these days? or maybe its the sluggish economy? 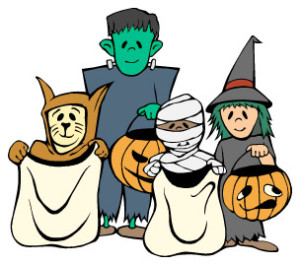 Whatever the reason, after trying to take my two girls out for a fun Halloween night– half of our neighborhood choose to take a knee. In turn, not many kiddos stopped by our house where they missed out on some solid treats!  We actually left some candy while we were out (for about a half hour) and it was gone when we returned—guessing only a handful of kids scooped all of that up? They were the big winners on the night I guess.

It was disappointing as I think this holiday in many ways has gone away from a community function to more of a private party with friends event. Guess, I will have to adjust—in the meantime I think I have enough candy for the next five years….

Too many treats— just one topic to hit on as we drive around the Naborhood—thanks for stopping by!

NFL BULLIES: Haven’t all of us at some point in our lives known a Richie Incognito? He could be the loud jock in your high school. He could be your irritating co-worker,the most politically incorrect guy at your local establishment or maybe the “know it all” sitting behind you on your last flight? Oh the irony–in this case, Incognito’s are anything but.

While its important to know we are still deciphering all of the information on how Incognito treated fellow Miami lineman Jonathan Martin—a few things hit home for me. Covering the NFL for years, there has been one constant —offensive lineman. They are the smartest and closest segment on the football team. There is a bond there unlike any other group in the locker room and they are always the go to guys for the best post game perspective. Clearly its a different story in the Dolphins setting. 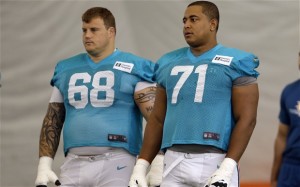 I get the locker room culture and I’ve seen a lot of it first hand. There are things said inside there that most people wouldn’t like and never have to deal with in their line of work. One of those people clearly is Martin who didn’t take the normal path to the league. He attended a California prep school and then went to college at Stanford. But just because he comes across a lot more sensitive than most—does that make it right to make him a target? A lot of teams want their players to be tougher and there are ways to do that besides sicking the biggest loudmouth on your team on him, its toxic and proved so in South Florida.You can yell at a guy, you can bench him but don’t plant Incognito on him—-bad leadership by the Fins who may pay the price for this for years to come.

Its crazy to me how some say he should have fought back or not gone to the coaches—-it just seems whatever Martin would  have done would be second guessed?

Interesting reaction from many of the Dolphins who have defended Incognito but I have partially based my opinions on all of the great leaders past and present in this league who ALL say this case was different, extreme and should have been taken care of by the leaders on the team. Its clear Miami doesn’t have any of those. Bad locker rooms don’t—Great Locker rooms have a lot.

Hazing to me doesn’t apply if you’re talking taping guys to the goalpost, having them get doughnuts, carrying pads or picking up ridiculous tabs—those things are more rookie rituals in the NFL and are part of the deal. Constructive criticism is great but getting personal and embarrassing someone while tearing down their confidence isn’t good if you’re an NFL player or anyone in the workplace for that matter. Its not like its Incognito’s first offense—this guy is a repeat offender when it comes to dirty play and being kicked off teams—I wouldn’t want him near my locker room. He’s had plenty of strikes, I’m hoping Martin gets another quality at bat.

WARREN’S WORLD: I swore I’d leave him out of future blogs but he just won’t go away. Hall of Famer Warren Sapp was at it again this week holding a press conference in Tampa where he was talking about of all things his pending “Ring of Honor” celebration. Sapp being Sapp ripped into a question about the Bucs struggles by asking the reporter if he had a question—when the reporter re asked the question–he laughed not answering the question (again) and replied “Welcome to Warren’s World.” What does that even mean–a world full of big loud and classless jerks?? 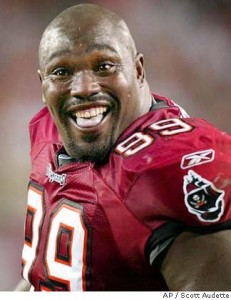 I always got a kick of how Sapp now and even when he was a player would kiss up to the national media who think he’s a great guy while treating the local press not to mention the fans like dirt. Several national guys can’t believe when we tell them how he acts. When he played he would put a towel in front of all the reporters waiting to ask questions at his locker and spit dip on the towel barely missing the assembled media. I started boycotting him even though he was one of the best players on the team—wish my peers would have followed suit.

No question Warren Sapp is a Hall of Fame player but in the same breath there is no denying he is a Minor League guy. There are countless stories of how bad he treated fans young and old and recently on the heels of the Incognito stories—a few of his own teammates claim he was a bully in the locker room–should that surprise anybody?? I thought it was interesting recently when Derrick Brooks did a local interview talking about the leadership during his playing days and he repeatedly mentioned John Lynch and left out Sapp.

Warren may not have wasted his athletic ability but he wasted countless chances to make an impact with others. The Tampa Bay community knows his true colors—too bad the National Media is still fooled by his fake smile and goofy giggle. Enjoy your Ring of Honor night—just wish the Bucs wouldn’t put your name next to Lee Roy Selmon–that spot should be reserved for a classier man like Brooks.

SIDELINE SCREAMING: We seem to see more of these every year —-players yelling at each other on the sidelines or at their coaches. The reason isn’t because players are all of a sudden angrier human beings—-it lies in the more and more cameras we have covering these NFL and college games. Recently Dez Bryant,who has a reputation of being a hot head was ridiculed for yelling at his Quarterback Tony Romo and Tight End Jason Witten. Why are people surprised by this? If they had 30 cameras for TV broadcasts in the 1960’s and 70’s you would have saw many players doing the same thing. More media and more exposure is gonna exploit the game for what it is–very emotional on the sidelines. Bryant may be an extreme example but this stuff has happened for years—its just part of football. 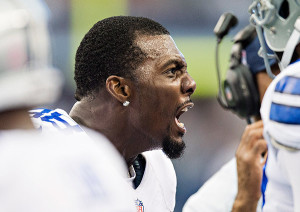 SNACK TIME: So…are you looking for a good snack that will be good for you? Allow me to endorse PopCorners–my new favorite treat. Folks, had them on a recent flight and I am hooked. Basically they are popcorn in the shape of a Dorito—great taste, low on calories, sugar and carbs. You won’t be disappointed—so where is my endorsement?? 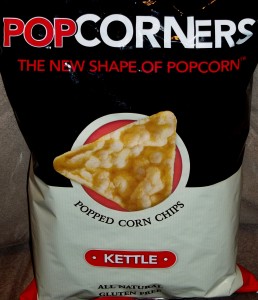 POWER LUNCHES Speaking of food, I like to pass on interesting surveys and found this one about going out to lunch. A recent study by Visa found  the average amount spent in this country per week for lunch is a surprising $18 a week. I thought it would be much more. Southerners go out the most followed by Westerners, Northeasterners and then Midwesterners who are apparently the cheapest with a weekly total of 15.13. Men outspend women in the survey $21.00 to $15.00 and 30% say they don’t go out at all. Obviously this is individual spending not factoring in spouses, friends or kids.

NOBODY ASKED ME BUT: I covered a game in MetLife Stadium over the weekend which will be the home of this year’s Super Bowl in February. I really don’t like the sound of that. Its already cold in East Rutherford, New Jersey (ok I’m a native Floridian, it was cold to me) Can you imagine how a blizzard or low temperatures will hurt so many pass happy offenses in the NFL and reward many of the ground and pound teams in the league. Super Bowl sites should be neutral and not reward any franchise. Indy hosted one a few years ago but possessed a retractable roof—-wish Met Life would have followed suit as I think they will need one in a few months.

EXTRA POINT: Its still early but I really would like to see Florida State play Alabama for the National Title but I would be surprised if Saban would go to Texas–I always thought if he would leave it would be another for NFL job like Pete Carroll did.