It’s even more emotional to see him well….emotional.

Truly rarefied air for “his airness”….. 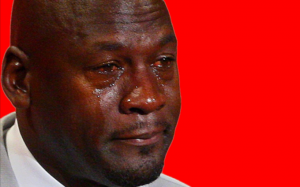 Sure his “crying” meme has become legendary on social media where the parody has made its rounds as a result of Jordan shedding tears at his Hall of Fame speech, but that was over 10 years ago?

Heaven forbid any of us cry in public anymore….? Never understood why it’s such a big deal?

A notion which makes the tears Jordan shed at Kobe Bryant’s recent memorial that much more impressive but it shouldn’t be surprising.

Think about it—in this day and age where it seems our country is getting more divisive, ironically it’s when we say our goodbyes, we become the closest and remember our happiest times together. 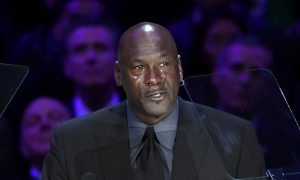 Emotional eulogies bring us together on many levels whether it’s for someone like Kobe who we may not have known but grew to respect or whether it’s a more intimate goodbye to a mutual family member or friend.

I type this on the one year anniversary of the death of my legendary father who I miss much more now than the day he left us. It takes time to realize the impact of a loss. What keeps me going is appreciating how lucky I was to love and laugh with him on so many occasions. 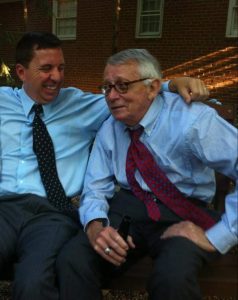 I delivered the eulogy for both my Mom and Dad where it was therapeutic for me to pay tribute to them, but at the same time, I felt I had to keep my emotions in check to do so. The crying came later.

Recently, I attended the services of my late Uncle Dale and probably cried more than I have in some time. Hearing the eulogy of my cousin along with my uncle’s many grandkids was special where I was thinking we all would be lucky to have such a tribute. It was amazing.

Afterwards many members of my family gathered and had the kind of get together we talk about but never have the time for– which got me thinking–why don’t we celebrate life the same way we do at funerals in other times in our lives with the people we love the most? 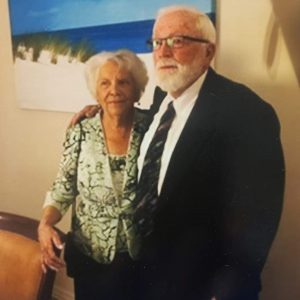 Saying goodbye is sad yet happy as it brings back all the great memories. Still, we all should remember to save those moments for other occasions too. Kobe’s memorial was full of people who didn’t always get along with each other or Kobe at times, but it was a beautiful celebration of life, just like my uncle’s.

It’s ok to cry, cry as much as you want to. It’s a natural emotion in a world which often frowns on emotion. While we often don’t agree, it’s comforting to know there are times we can. Hopefully we can realize we all should do it more often than  just when we gather to hear eulogies.

Happy Goodbyes the first stop in this week’s run around the Naborhood. As always, thanks for stopping by.

ALIENATED ASTROS: We are all guilty of it— letting the present define our events– especially in sports. You know the ole prisoner of the moment.  Many said LSU is the best college football team of all time and they might be, but really there is no way of knowing that. It’s easy to proclaim it after they put up the best offensive numbers in history, but who knows if they could have done it against other great teams–that’s what make the debates fun.

Which brings be to those cheatin Houston Astros who are deservingly paying the price for one of the biggest scandals in history of Major League Baseball ….but was it the biggest? It was bad, ‘much” worse than what Pete Rose did (please put him \in the Hall ) but I still don’t belief it’s as bad as the steroid era which changed an era of baseball not just a few seasons. 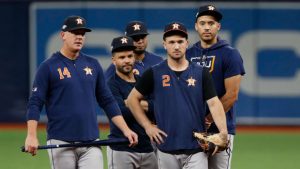 C’mon people have been stealing signs for years in baseball but the Astros took it to a whole new level. They upped the ante via modern technology where the fall guys were the team’s General Manager and Manager A.J Hinch, but the players prove once again why the baseball union is the best on the planet. They scare off everyone including commissioner Rob Manford.

Sorry MLB you have to punish the players “in some way”—-take away their playoff money, I’m even fine with vacating their title. Individual suspensions may be tough to determine but to have their only penance being an awkward press conference and a few baseballs coming their way this season–sorry that’s pathetic.

I don’t have to be a prisoner of the moment for that opinion but it will be interesting to see how the “stros” play without the built in advantages this season. Stay tuned…..

GEORGE WASHINGTON: The Father of Our Country George Washington would have turned 288 this month on President’s Day. There have been countless books about our first president but the latest, “Washington’s End,”  chronicles the final years which were revealing and very interesting.

Longtime Washington historian and former White House speechwriter Jonathan Horn focuses on how tough Washington’s last years were. He went through a period where he found it difficult to surrender power and leave public life. Washington found himself at odds with many of our country’s founding fathers where it appeared he wanted to retire after his first term but according to Horn, felt pressure to remain in the arena. 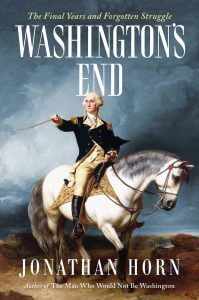 We sometimes get in a bubble (another prisoner of the moment reference) and think our political times are unique Horn gives a lot of insight into the political dynamics at play when Washington finally left office, “Washington retired at a time when heads of state usually only relinquished power upon their deaths. His successor, John Adams, recalled looking around the room during his inauguration and seeing people in tears. He knew those tears weren’t for him, but that everyone was so moved by Washington surrendering power. They knew they were witnessing history.”

“Editors of opposition newspapers were delighted to see Washington return to Mount Vernon. They had attacked him throughout his second term, sometimes in quite personal terms. They celebrated his retirement in a way that I think would surprise people today.” 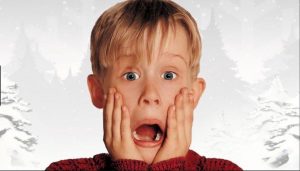 Yes that was my reaction to learn Home Alone star Macaulay Culkin will turn (wait for it)…40 in August?! It’s been quite a run for the childhood actor who made millions before he was a teenager but then went off the radar only acting in four movies in a 20 year span.

In a recent interview in Esquire the now 39 year old “Mack” Culkin dispelled many misconceptions that he was a drug addict, divorced his parents , defended his controversial relationship with Michael Jackson which he said was harmless and says he’s far from broke. 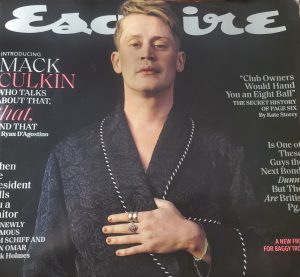 While Culkin seems content on running a daily content company called “Bunny Ears” along with hosting a podcast seems to be getting the itch to get back into acting . He will be joining the cast of FX’s American Horror Story. He admits trying out for a few movie roles such as Quentin Tarentino’s “Once Upon a Time….In Hollywood,” but said it was a “bad audition.”

Good to see a former troubled child star seemingly surviving in Hollywood, and interesting that many of the rumors about him for years were baseless.

BILLY “D” COURT: The Gators are known for football but the best coach they have ever had in ANY sport is Billy Donovan. In fact, I think he’s the best collegiate coach the state has ever had. Yes better than Bowden, Spurrier and Jimmy Johnson—Donovan won back to back national basketball titles at a FOOTBALL school.

It was high time the university pay tribute and it was great to see him return to Gainesville recently as the school named it’s court rightfully after the man that made them a basketball power…. 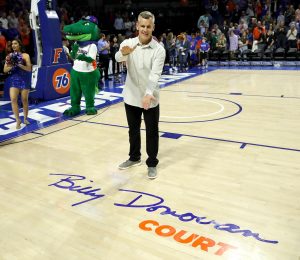 I covered Donovan for many years including every game of his back to back run–not a classier coach out there. Always gives his time, answers each question thoughtfully and comes from a great family. I often enjoyed talking to his Mom and Dad who often were at his games and even his post game press conferences. They were as down to earth as Billy.

A special honor for a special coach—it will tough for anyone to top the legacy of Billy The Kid…much deserved.

NOBODY ASKED ME, BUT.….Well I wasn’t sure if I could do it, but I did. I didn’t care about my time, I just wanted to go the distance and not stop. “It” would be my first half marathon where it was a great feeling to finally complete.

I found irony that my time was exactly 1:51:00 for this 51 year old novice runner who now wants more. A good buddy of mine and I are going to run a “half” somewhere different in the country each year and I’m looking forward to it. I’ve never been a big runner until the last few years, it truly is a sport all of us can do and really is mental at the end of the day. 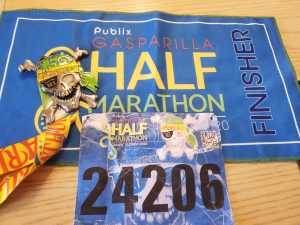 It’s funny everybody trains differently for these things. I never once ran the just over 13 miles the race entails, but three days a week would run between 8 and 10 each day. There is something about the adrenaline rush of participating with a lot of fellow runners and great support keep you going for sure.

I also enjoy talking to the many runners you have never met after the race as you automatically turn into a pack of kindred spirits. Here’s to the next one…..!

EXTRA POINT: Ok I covered it for years but is there anything more “overrated” than the NFL Combine? OK, I have a few...fireworks, Starbucks, reality TV stars (but it’s a short list)