A big congrats to the class of 2022, you have so much to look forward to! It’s important you believe that because it’s true.

It’s a new world you live in but don’t let the cynics tell you all the obstacles which will hold you back, pursue those dreams no matter what it takes, in the end, it will be worth it.

My advice to you mainly involves your choices moving forward: follow your passion, and do something you enjoy. As my late father wisely said, “you only get one at-bat buddy,” so make the best of your life…..

In the same vein, I stress being fearless. Don’t be afraid to be afraid and don’t be ashamed to make mistakes–it’s how you learn and ultimately grow. This just in, we “all” make them, don’t let others make you feel inferior because you tried, often they are just scared to be as brave as you are. 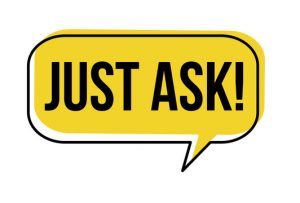 As a rookie reporter, I was covering my first Major League Baseball playoff series in Atlanta between the Braves and Pirates in 1992. It was batting practice and there he was Barry Bonds all by himself just taking a few swings with no teammates around him. Bonds was known to be hard on the media, so national media types kept their distance on that day too.  I looked at my videographer and said, ‘let’s ask if he’ll talk to us?’ He thought I was crazy. I thought, what the hell did we have to lose!

I walked up to Bonds, asked him for a few minutes, and after what seemed like an extremely long pause, he looked at me, took a swing, and said “shoot.” I preceded to ask him a handful of questions and then looked up and a gathering of those national media types surrounded us. It was a Who’s Who of national reporters I had grown up watching and respecting. Bonds quickly exited after I finished with my questions. It was almost as if he sent a message to the national guys where  I think Bonds respected the fact this young clueless reporter —simply asked. It frankly set the tone for the rest of my career.

I have kept asking my whole life. I don’t always get a yes but I do more than naught and still remain surprised by those who say yes where often afterward my peers will say, “How did you get them to do it?”

In his book, “All you have to do is Ask” Michigan Professor Wayne Baker emphasizes the goal of asking is to not be a taker but rather the opposite. He outlines the art of asking as an invitation, “a how-to manual for participating.”

Such a valuable lesson for graduates and frankly for any of us.

Asking can expand your network as Baker puts it, it will broaden “the exchange of resources across our personal, business and professional networks. Asking for help is the essential ingredient because it initiates the process of giving and receiving.”

The main theme of the book as Baker so adeptly writes is “the secret to a culture of contribution is giving yourself and others permission to ask.”

The request for help starts what Baker outlines as “the cycle of giving and receiving.” It goes both ways.

I firmly believe often it only takes one person to help you find success at the workplace. It could be a boss who believes in you like no other, a coach who sees something in your talent that nobody else does or simply it could be a peer you find complements you in starting the business of your dreams.

But you have to keep asking often to find that one person who is your gamechanger.

“Just Asking” your leadoff hitter in another strong Naborhood lineup. As always, thanks for stopping by.

SO LONG OZARK: I’ve had a hard time finding anyone who didn’t enjoy the Netflix dynamo, Ozark. The insane roller coaster ride of a series kicked off in 2017 and steered its way through the pandemic to close out this spring.

The story of a seemingly average American family who gets wrapped in a crazy money laundering scheme for a Mexican drug cartel. The patriath,  Marty Byrd played by Jason Bateman figures the only way to survive is to set up a bigger laundering operation in the Lake of the Ozarks in central Missouri. It’s dark, it can be extremely violent but it’s additive television, so well done.

For me, sure the storylines and writing are stellar but what stands out is the acting. It’s not on the level of the Sopranos but it’s high calibur— Bateman is perfect for Marty Byrd and Laura Linney who plays his wife Wendy is exceptional. For my money, Julia Garner who portrays the volatile Ruth Langmore steals the show every episode, she has a bright acting future ahead.

Many didn’t like the ending but I was fine with it (no spoilers here). In my mind, even though it probably won’t happen, it left the door cracked for Ozark’s sequels…we can only hope!

GEORGE CARLIN DOC: I don’t know if you feel this way but when you finish a show you love like Ozark, it’s kind of strange, you miss it and wonder what will I binge next? Well HBO Max provided me with a quick fix in its excellent documentary on the great George Carlin, “George Carlin’s American Dream.”

If you ask any comedian, Carlin is their hero and easily on the Mt Rushmore in their profession. From Jerry Seinfeld to Stephen Colbert to Jon Stewart all will attest and contributed to this project. Carlin was different and daring, surely not politically correct but that quality earned him respect among his peers. My Dad was the biggest Carlin fan, I remember him introducing me to his humor from an early age, and all of those eighties HBO specials were seen over and over again in our house. My Dad would have loved this doc….

I thought I knew a lot about Carlin’s life but learned a lot. I knew he had a drug problem but never knew the depths of it. Creator and famed filmmaker Judd Apatow showcased a lot of the behind-the-scenes life of Carlin including several interviews with his late wife Brenda, his second wife Sally, and his only child daughter Kelly. Carlin was portrayed as a troubled soul but a good man with good intentions, it was real, revealing, and interesting in many ways.

Carlin’s career evolved over time as he began as a conventional comedian appearing on various network TV shows but in the seventies, his career took off as he embraced his hippie persona. I had no idea the slump he endured in the early eighties as he had to reinvent his routine and his reputation which had taken several hits but he pulled it off by hosting 14 HBO Specials and was on The Tonight Show a remarkable 130 times.

I didn’t like the bitter Carlin at the end of his career and neither did my father. He wasn’t as clever and innovative as the hippie comic in the early portion of his career, but I will forever appreciate the unique talent he was and this doc represented him well.

E.T. ANNIVERSARY: Some of us get reminders of how old we are like Clint Eastwood turning 92 years old recently. Another crazy reminder is the movie E.T. turned (wait for it) 40 years old this year??  The iconic film is near or at the top of the great Steven Speilberg’s master resume of hits where several interesting sidenotes were highlighted in a recent article in Parade magazine.

Spielberg said E.T.’s origins began with him trying to write a story about his parent’s divorce. The original title was “Growing Up,” as he was writing about the awkward teenage years in his life when he felt alienated after his move to Arizona after his parents’ split up. Some other interesting facts from the movie:

*Harrison Ford had a bit role as a high school principal but it was taken out.

*The original plan was to have ET like M&Ms but Universal Studios wouldn’t let Mars executives read the final script, so the company nixed the cross-promotion. The beneficiaries were of course reese’s pieces. When Spielberg’s camp approached Hershey about using Hershey Kisses, they suggested their new product reese’s candy and agreed to spend a million on a cross-promotional campaign. Talk about money well spent, Hershey reported a 65 percent increase in sales two weeks after the premiere of this classic film.

*The boy who played Elliott, Henry Thomas (who turned 50 last year?!)  was an easy cast as he nailed his brief audition. Spielberg asked the then nine-year-old Thomas to improvise a scene in which a government agent (played by a member of the film’s casting team) wants to snatch E.T. from him. Thomas immediately broke down in tears, begging the man not to take him—it was so good, that Speilberg hired him on the spot.

NOBODY ASKED ME, BUT…..Oh, football season thankfully never ends. The NFL does a great job of continuing the fun during the dog days with its hype of the draft, the release of its schedule, and those offseason workouts. The SEC does it by having their head coaches just exchange barbs at various gatherings.

Nick Saban started the brush fire by accusing Texas A&M and Jackson State of buying players. Obviously the program’s head coaches’ took issue, especially the Aggies Jimbo Fisher who in my eyes was the biggest loser here. Instead of taking the high road and enjoying an offseason where he had the nation’s number one recruiting class and is coming off a season where he beat Saban, Jimbo called a press conference the day after Saban’s statements and looked like a petulant child. It was embarrassing and he should learn from it. He could have gotten his point across without looking so juvenile.

I thought the winner was Deion who said he didn’t want to take Saban’s phone call but wanted to talk in a public forum—now that is a “prime time” response. In this day and age of texting and social media, a real conversation? What a concept.

In the end, Saban apologized but is he wrong? Yes, you shouldn’t single out specific programs but college football is an absolute mess these days, mainly because the NCAA was the epicenter of dysfunction for decades.  The sport needs leadership and some direction now before things get much much worse.

At the recent SEC Meetings, new Florida coach Billy Napier may have put it best, “We’re living in a land with no laws.”

Sad but so true.

EXTRA POINT: I really need to see this “Top Gun” sequel, a full review next month!