Twas the Blog before Christmas—-and all through the “Hood”

We appreciate your feedback—-both bad and good

Each subject is hung off the laptop with care

We promise to treat all of your teams fair

While Saban is secure, Schiano is in Limbo

Santa is busy with infinite gifts to send

So as our hero sprang to his sleigh, put up a shot and avoided a whistle

The Jolly ole elf  beat the buzzer, like the down of a thistle 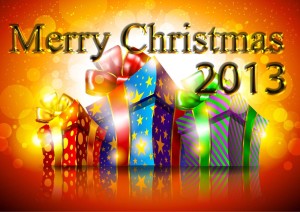 Merry Christmas to all of you and all the best in 2014—now let’s devour this Holiday platter…..

LAST MINUTE SPORTS SHOPPERS: Calling all procrastinators or maybe just those out there who can’t find the right gift for your loved one??  We are here to help thanks to our friends at CoachUp, the leading private coaching service, connecting qualified coaches and athletes of all ages. They score creative points for athletes of all kinds when it comes to the Holiday season too.

The gifts on their site range from items like— the ball claw for the hoops player on your list to the innovative “Pass Back Football”., which allows the football fan in your family to practice indoors for hours on end. The list  goes on in a wide variety of sports….

CoachUp’s diverse list is sure to have something for everyone on any budget. Check out their site at: www.coachup.com

KICKERS: These guys simply can’t please anybody. They are picked on by the rest of the team for not being “real” football players. They are ridiculed for costing teams games and now they can’t even win for…. winning!!

This year in the NFL those place kickers are as successful as they have EVER been in league history, but what is the reaction?? Not a pat on the back, an extra fist pump or any added respect?  Instead the talk is they are too good and the focus should be on making it harder on these guys. After all , the length of an NFL goalpost has been 18 feet and 6 inches since the league was founded back in 1920—maybe its time to make things a bit tougher? So say many kicking critics… 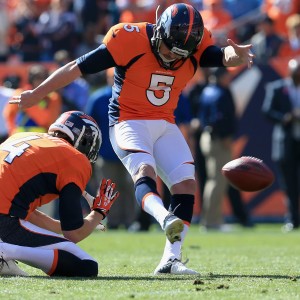 This year’s highlights have been off the charts—- Matt Prater boots an NFL record 64 yard field goal which finally broke the Tom Dempsey 63 yard barrier. A kick that had been tied by three others yet stood for 43 years. Then you had Ravens kicker Justin Tucker becoming the first kicker to hit one successively from 20.30.40. 50 and 60 yards—in one game!

My solution—let’s keep field goals the way they are and get rid of extra points. Instead, after each touchdown, everybody has to go for 2—it would make the NFL even more exciting. In the meantime—hug your local kicker—he deserves it this season.

RANTING COACHES: This season I have had a chance to talk to former Colts and Saints coach Jim Mora a few times and really like him. Now Mora could give you a postgame rant like no other. Sure everybody knows “Playoffs” but my favorite was his “Diddly Poo” mention during his Saints days back in the ninties where Mora made every post game presser–his own standup routine.

Usually these postgame rants are funny or out of frustration. Recently though, I thought  Southern Illinois Basketball coach Barry Hinson missed the mark on all of the above  while giving new meaning to the art of buffoonery, 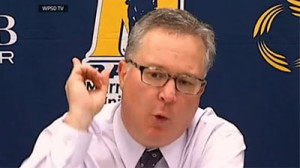 He wasn’t funny and did what none of the great coaching rants do (see Mike Gundy, Dennis Green and Herman Edwards)—he didn’t ridicule his team—he ridiculed his players.  Hinson compared his guys’ play to spanking his dog and said his wife could shoot better than his big men?? Calling your guys Mama’s Boys isn’t funny, it’s stupid and offensive.  Mike Gundy told me a few years ago his rant “I’m a man, I’m 40,” amplified his recruiting efforts because he was sticking up for his struggling quarterback. Gundy’s rant was a Hall of Famer, Hinson’s rant was a Hall of Shamer….

GRUDGE MATCH: The best movies of the year seem to come out during the Holidays. Looking forward to Anchorman 2, American Hustle and The Wolf of Wall Street. A movie that will be debuting on Christmas Day is Grudge Match where its hard to believe in the year 2013 —Sylvester Stallone and Robert De Niro are still boxing at the ages of 67 and 70 respectively.

I attended the Grudge Match junket in New York last month and enjoyed my brief visit with the acting legends. How about this—the  first Rocky came out 37 years ago while Raging Bull debuted four years later in 1980. With that in mind, both Stallone and De Niro tell me boxing movies are like riding a bike and their latest proves it, as they still hold their own in the ring. Stallone admitted it took him lots of convincing to do this one though, as he almost quit about five times before finally agreeing to the project. 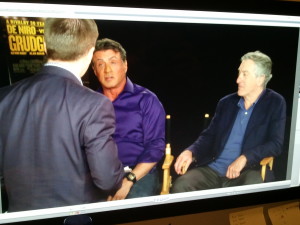 I asked both guys about the decline of boxing and Stallone agreed as he longs for the glory years which happened to coincide with his Rocky movies. Both guys maintain today’s boxers are talented but hardly fearless compared to the likes of Sugar Ray, Hagler , Frazier and Ali . Its hard to find anyone who would disagree with that.

BAD DRIVERS: The South may dominate football but when it comes to driving it has the track record of the Big Ten in bowl games. Those results are backed up via a recent survey by Car Insurance Comparison.com. The rankings are based on statistics pulled from several sources, including the National Highway Traffic Safety Administration, the National Motorists Association, and Mothers Against Drink Driving. 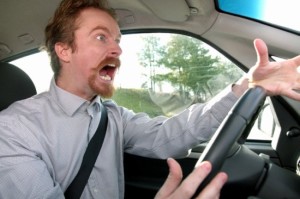 While the best drivers reside in Vermont and Utah and while North Dakota surprisingly cracks the top 10—-the bulk of the worst states behind the wheel reside in the South. Florida is sixth, Alabama is fifth, Texas number four, Mississippi is third and South Carolina is the next to worst in the union.

The worst?? How about the state of Louisiana. The survey points out—“Louisiana drivers once again have the dubious honor of “Worst in the United States”. Finishing in the Top 5 for three different categories (Failure to Obey, Ticketing Rate, and Careless Driving) means they’ve finished #1 for the second time in a row, 5 points higher than South Carolina overall.”

My biggest driving pet peeve despite cell phoners and texters behind the wheel remains those drivers who think speed bumps mean driving as slowly as you possibly can— as if they will ruin your transmission if you go above 10 mph…just sayin.

NOBODY ASKED ME BUT: Ok, I am going to carefully respond to this latest Duck Dynasty controversy. The patriarch of the family Phil Robertson clearly has a problem with the gay community, which is undoubtedly ridiculous but why is anybody surprised by that? Robertson is like many older men who grew up in the South and anybody watching his show would realize what he is all about from that perspective. That surely doesn’t excuse his ignorant words nor does it  make it right, but I have never let what celebrities believe ruin what they put out there for entertainment purposes.

I like Michael Jackson’s music but never saw myself wanting to spend anytime with him and certainly don’t agree with his lifestyle.  I actually love a lot of Tom Cruise’s movies but find him as self absorbed as they come and don’t plan on attending any Scientology functions anytime soon. I’m not voting these guys to be my Governor or Congressman—they are actors, musicians and in this case a reality show personality. Its a free country—the best way to protest —simply turn the channel!

EXTRA POINT: Congrats to the mighty BCS in its swan song for not being an Ebenezer Scrooge. Yes we get the National Title game we deserved in FSU and Auburn. College football continues to be the gift that keeps on giving as attendance this year is back up after being down the previous two seasons. How about this though—our friends at UCF saw the biggest jump as the home Knights witnessed a 22 percent increase at the gate.