Some things deserve to be criticized….. 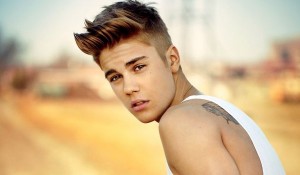 Bebes, Congress, the President, Loud Talkers on Airplanes, Greedy CEO’s….you get the idea, some criticism is merited.

But that doesn’t mean that we have to criticize everything. It seems today no matter how good an idea is, there is always a critic either scared to try it or another finding something wrong with it.

Like the Ice Bucket Challenge? I don’t understand how anybody has a problem with this.

Full disclosure, this challenge hits home with me as my mother died of ALS over five years ago. Ever since, I have had a big problem even talking about the disease. The Ice Bucket Challenge has been therapeutic for me and countless others who have been touched by the unbelievable power of this national craze. I’ve had tremendous support from those close to me along with millions of people I’ve never met. 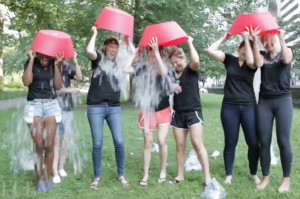 Yeah some people are doing it without any knowledge of ALS. Some are just trying to get attention or possibly  join in on the fun and may not give a dime—-but you know what….who cares?

ALL of it has brought attention to a cause which has been underfunded and underpublicized for years. The Ice Bucket Challenge has been the best thing that ever happened to everyone who works to crush ALS.  Nothing silly about raising close to 80 million dollars since July 29th.

That is 16 million more than ALL of last year’s ALS donations. How about this from July 29th last year until now—only 2.5 million was raised!  Ice Buckets—you rule! 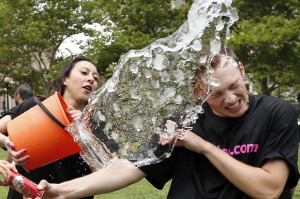 So the Ice Buckets may have been cheesy for some but they need to get over it. Let’s all gather and pour a second bucket on anybody who has a problem with this. I know my Mother would have loved it and anything that can help prevent other familes from suffering like mine has and continues to, I’m all for it.

I hope this craze continues and inspires other charities to adopt creative off the wall ways to rally the public—its working!

Ice Buckets— our first pickup in another mad dash around the Naborhood. As always, thanks for stopping by.

PRESEASON FOOTBALL: We love football so much that often we jump the gun at our first taste. Every year we get a large dose of overreaction on preseason football which is often as overrated as some of those Bachelor reality nuptials.

You have extreme examples—the 1982 Redskins were winless in the preseason but went on to win a Super Bowl. The 1990 Bills and 2000 Giants didn’t win a single preseason game but attended a Super Bowl a few months later.

Crazy the worst team record wise in NFL History, the winless 0-16 Detroit Lions were UNDEFEATED in the preseason?! 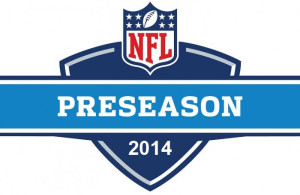 Those are the extremes but now with social media, the overreaction is off the charts. I’m guilty of it— tweeting on a great catch or big hit in the many Saints’ practices I have covered in the past month but its all to keep the fans informed. Often the highlight comes from a player who doesn’t even make the team but it gives us what we all need— a football fix we haven’t digested since early February.

Its not wise to judge performances against second and third teams and a few splash plays in a game or two, but it happens every day…every August. 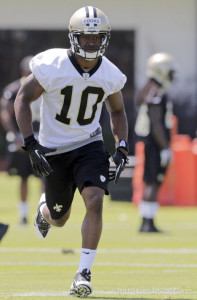 I think the exceptions often lie in the play of the rookies who when they impress its rare.  I like what I’ve seen from Blake Bortles and Saints rookie Brandin Cooks who should be on your fantasy team and is my pick for rookie of the year. Johnny Football on the other hand symbolizes to me why preseason is silly. Its overanalyzed and overblown just like his play has been. Be patient the real stuff starts soon!

BYE BYE BUD: Thankfully the Bud Selig era is coming to a close. Sorry not a fan at all, in fact I laugh at those who say he was the best MLB commissiioner of ….all time?? Are you kidding me? He was a lacky to the owners where their revenues are way up since he took over but that’s missing the point. 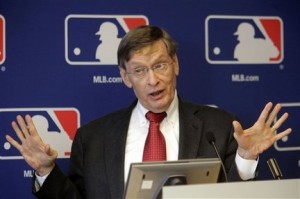 On Selig’s watch, baseball lost a World Series via labor strife where the game didn’t crown a champion for the first time in 90 years and lost millions of fans in the process. Under Bud’s watch, baseball endured a painful steroid era which sent a crushing blow to the game’s sacred record book. Baseball needed a leader who would stand up to the owners AND the players. Someone independent like Bart Giamatti or Peter Ueberroth who earned their reputation as leaders AWAY from the game not as owners within the game.

I’m not optimistic that commissioner elect Ron Manfred is the answer. He has been Selig’s right hand man for over a decade–I was hoping MLB would find a new voice with new and hopefully more innovative ideas.

Yeah baseball needs a reset button, a jump start in many ways—if I was baseball commissioner I would do the following in a hurry…

(1) REINSTATE PETE ROSE: Its the right time and frankly its long overdue. Most active major league baseball players were born AFTER Charlie Hustle was suspended back in 1989. The All Star game next year is in Cincinnati–the perfect time to bring Rose back. Baseball needs him and unlike Bonds, McGwire and Clemens he didn’t cheat the game, he just bet on it and there is no proof he bet on anybody but the Reds–that’s good enough for me.

(2) GET RID OF REPLAY: The game is slow but replay has slowed it even more. Its hasn’t been perfect and I’m a believer that umpires get it right most of the time anyway. Human error is part of the game and so is managers arguing calls which I enjoy and now miss. Replay is good for football—bad for baseball.

(3) ALL STAR GAME/WORLD SERIES: One of Bud’s worst concoctions was having the winner of the All Star game have home field advantage for the World Series.—doesn’t make any sense to me. How is it fair to penalize a great team who dominated all season but take home field away because an All Star didn’t come up big In July. Let’s take this off the board immediately.

(4) INTERLEAGUE OVERLOAD: I don’t hate interleague play but I can’t stand how its become diluted. What made it nice was it was rare which is no longer the case—its no longer special. Let’s trim the fat and limit these games to only a handful a year to make them meaningful again.

(5) DUMP THE DH! Have always prefered National League baseball where there is more strategy because they don’t have a designated hitter. Having pitchers hit in both leagues would clear up any problems with discrepancies in postseason play where the playing field would be even. Yeah watching pitchers strike out a lot isn’t fun but I like the guessing game in the late innings opposed to having a guy in the lineup who can’t do anything but hit—-its never seemed like real baseball to me.

TOM PETTY: I like my music in many forms and there are a handful of artists where I would buy anything they put out: Billy Joel, Prince, Foo Fighters, AC DC, Earth Wind and Fire,yes Anita Baker and definitely Tom Petty—one of my favorites of all time. So its great to see him release his best album this summer since Wildflowers in 1994.

Hypnotic Eye is his 13th studio album and if you love Petty, you will love this too. Amazingly enough, its the first Petty and the Heartbreakers release to debut number one on the Billboard 200 and it was well deserved. 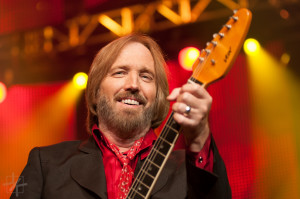 Great songs on this one including American Dream Plan B which is my favorite—good mix of the vintage Petty with some new age sound too. I also like Red River and Forgotten Man reminds you of some of his alltimers like American Girl, I Won’t Back Down, Free Fallin and Runnin Down a Dream.

Good to see one of my favorites still cranking out good music at the age of 64. Have always liked everything Petty even his stint with the Traveling WIlburys. Good to see he’s still got it.

WILLIE NELSON: Recently read an interesting Rolling Stone article on Willie Nelson where I knew some of his story but didn’t know many parts of his life which would make a movie equal if not better than Johnny Cash‘s life story “Walk the Line” 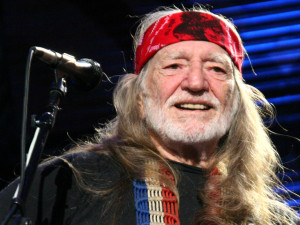 The article mainly quoted people who know Willie where he’s a private man which makes me wonder if he would ever open up to a documentary which would be fascinating.Its amazing he ever made it , considering how his career was going nowhere in Nashville when he was in his late thirties–about the same time his house burned down in the Music City forcing him to relocate to Texas.
From his early days as a songwriter to his Outlaw years with Waylon Jennings to his troubles in the 90’s with the IRS–Nelson is a true survivor and is still active on tour. A great read and a great movie they must make one day.

NOBODY ASKED ME BUT…..I have a new favorite NFL stadium and its funny because I’ve been there many times but recently I covered an actual football game for the first time. Yeah at the NFL Combine and Super Bowl Media Days you couldn’t really get a feel for Lucas Oil Stadium but after experiencing game day, I’m now a huge fan.  Indianapolis isn’t sexy but its one of my favorite cities because its so easy to get around and its football stadium mirrors its outstanding accessibility.

The Colts home field looks great and unlike many of the new ones around the league may be the easiest to get in and out of. Many times we have to walk a long way (sometimes miles) to get into the media entrance but this place was close and convenient.
Jerry’s World in Dallas may be the best looking but give me Lucas Oil every Sunday, wish they were all made like this place.

EXTRA POINT: How about some perspective on how TV coverage has changed courtesy  USA Today. The first MLB game on TV was August 26th,1939 and it featured the following in a game between the Reds and the Brooklyn Dodgers: