Its definition is quite the contradiction to its reality or in this case its reality show.

“Jeopardy” is defined as “danger of loss, harm or failure.”

But c’mon has anything in our country been less “failing” “harmful” or “dangerous”  than…. 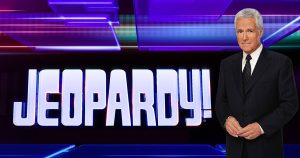 Forget Double Jeopardy, we’re in the midst of Quadruple Jeopardy as count em –the show is now over four decades of quiz show fun. Yes the show had a “pre Alex” run from 1964-1975 and a brief airing in 78 and 79 but since Alex led the charge– this show has been lighting up your TV’s since wait for it…1984?

1984? The year George Orwell wrote the world was going to go mad, he vastly underestimated the powers of Trebek.

To make this run really crazy, you know who was born in 1984? 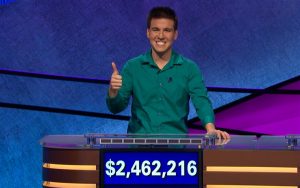 Amazingly “Jeopardy James” came into this world the same year Trebek completed his rookie season. James Holzhauer is why this show works, its contestants are wide ranging. Yes you get your share of academic wonderminds but Holzhauer is the outlier. A professional sports gambler who says he brushed up on all the required Jeopardy topics by routinely going to his local public library and reading of all things, children’s books?!

Yes it’s rare to have the recall of Holzhauer who also brought unusual swag to the show routinely going for the Double Jeopardy’s and like his daytime job always upping the ante on his wagers. The proof is in Holzhauer’s final numbers where he won 32 straight Jeopardy shows. The all time king was Ken Jennings who won 75 straight yet Holzhauer almost won the same amount of money—incredible.

As a result Jeopardy James gave the show a rating jolt where 14.5 million watched Holzhauer’s final show–that’s more viewers than the first four games of the NBA Finals?!

With analytics being the rage,  if I was a major league team I would hire Holzhauer full time– yet he is so much in demand he may only want to be a “consultant” these days.

In a world where cable is down and Netflix is up and shows quickly come and go, Jeopardy remains stronger than ever and has outlasted them all…. well maybe except for the other behemoth…. 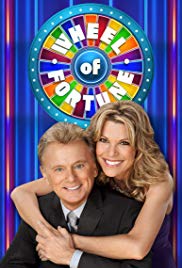 This show has been around since 1975. Do they clone Pat and Vanna? Amazing.

The Wheel may never stop spinning but some of its success is based on luck, Jeopardy is all between the ears which makes you wonder if my grandkids’ kids will be watching it?

I’m not sure if Jeopardy will ever be in Jeopardy…..time will tell.

Hanging with Alex the first stop in another trip around the Naborhood, as always thanks so much for coming to see us.

BOOKS FOR ALL AGES: If you’re not catching up on your Jeopardy this summer, you are likely doing so with your summer reading.

An interesting recent article in the Washington Post offered up quite the challenge of picking the best book for every age.  They made it clear there isn’t a set formula for making these lists as we all have different tastes. Their goal was to give diehard readers “a starting point” of sorts, plus an invitation to look back at your own literary chronology: What spoke to you during a certain time in your life — and why? 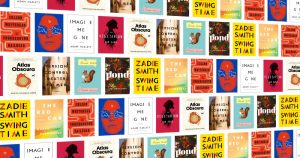 Trust me this isn’t for everyone including me at times. I turned “50” this year and their recommendation for we 50 year olds was “Fifty Shades of Grey.” Sorry I think I’ll pass, but there are a wide assortment of choices as they go from 1 year olds to 100 year olds.

Could be good gift ideas for ya here or just a solid pick me up for a relative or family member where here is the complete list:

RAYS/EX-RAYS: I’m all for out of the box thinking but sometimes I think we all get a little too cute and in this case out of control. My mind is on this Tampa Bay Rays pitch to split its franchise with our friends north of the border in Montreal. At first I thought it was the worst idea I’ve heard about in the history of sports.

On second thought and after mulling it over for a few days— it’s still the worst idea ever.

Now if you’re owner Stuart Sternberg it’s pure genius. If he and the team can somehow pull this off, he will get two stadium deals, two TV contacts and further enhance his resume of reinventing the game. Remember it was his front office that first pitched “shifts” and “opening starters.” While the latter was innovative and great for the game, I just can’t put my arms around the former. 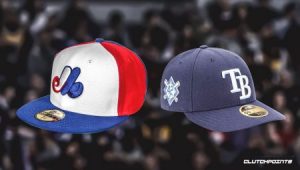 Yes I understand the Rays fan base has been pathetic especially when you consider not showing up even when the team has played well. I love baseball, it’s one of the biggest advantages of living in Tampa Bay, I have never taken it for granted, unfortunately the end seems more and more near.

What’s great for owners isn’t always great for fans and this is a clear example. Just like you can’t have two wives, you can’t share your local teams. There are so many problems with this from alternating playoff games (where is the home field advantage ?) to not enjoying your team in a pennant race (you have to watch them play in Canada??)

It’s really a disturbing trend in sports if this happens which I could see— and don’t people remember what a disaster baseball was in Montreal? There are many cities Portland, Charlotte, San Antonio, even Vegas who are craving Major League Baseball. As much as I would hate to see Tampa Bay lose the Rays, I’m sorry I would rather lose them than share them another city–that’s just not the way sports work.

The beauty of being a fan is the pride you have for “your”team in “your” city and that’s what makes rooting for them so special. Sharing is generally a good thing but not in this case.

MIKE MARTIN: Speaking of baseball, while Tampa Bay may someday say goodbye to its Rays, the Seminoles just said a goodbye to a legend but more importantly a unique man.

No college coach (in any sport) won more games than the man they call “11.” Mike Martin’s teams won 40 games in 42 straight seasons but could never win it all. This season Martin didn’t have his best but still made it to the College World Series, I was really hoping those Baseball Gods who finally gave in to the Red Sox and Cubs had some magic left for Martin, but it wasn’t meant to be. 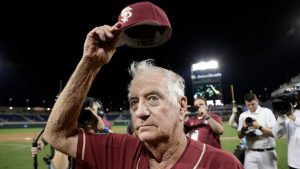 I remember going to his baseball camp when I was in middle school but my best memories were when I covered him as a sports anchor in Tallahassee, where I had a couple takeaways. He would remember everyone’s name after only one encounter and he always made time for you. I had a Sunday Night Show on his birthday in the heart of baseball season and he came on at 11:15 at night after coaching all day with a suit on and a smile on his face.

Mike Martin never won it all but he won us all over with his class and his sincerity, he was the real deal in many many ways. Enjoy your retirement “11” you will be missed.

ART O’HARA: It’s been a tough year where I lost my Dad back in February and this month I lost a friend, a client but most importantly the ultimate child advocate.

Art O”Hara was the executive director of the R’Club (rclub.net) the largest child care provider in St Petersburg and one of the most respected in the state. Art was the reason why. He worked hard, was demanding yet treated everyone the same and had no ego despite his immense responsibilities which extended beyond the R’Club. He revived several organizations in St Pete and did it by helping those who needed it the most. 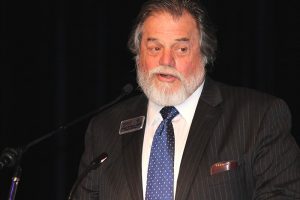 Art revamped the Louise Graham Regeneration Center by employing developmentally disabled adults. His efforts helped them and ultimately turned around the center to become a thriving business. His work at rebuilding the oldest child care center in St Petersburg, “Happy Workers” is something many thought would never happen but Art made sure it did.

I will treasure our conversations in his office, the laid back yet effective manner in which he ran his business and despite decades of meaningful work will always appreciate what one of his colleagues said about Art this week “he never raised his voice.” So true– he was all class and was tireless about helping so many.

We can only hope we all leave as much in this world as Art O’Hara did, I will miss him a great deal.

NOBODY ASKED ME, BUT……..I know in this day and age of social media and instant gratification it seems everyone is looking for instant atta boys….well maybe not everybody.

I don’t know much about Kawhi Leonard but I’m not alone?

His teammates say he has a goofy laugh but we don’t know much else despite the fact he’s one of the best basketball players on the planet. 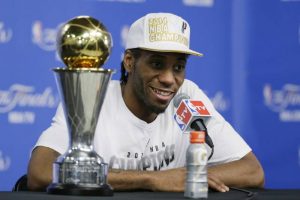 Now I don’t want to be a hypocrite as we in the media love a good sound byte and appreciate those athletes who give us fun and thoughtful answers but it was a nice change to see Leonard win a championship and just hug his teammates and not post anything on social media.

He’s “not on” social media.

Leonard says he doesn’t have time for it, “When I have down time  I just want to spend it with my daughter and give her my full attention.”

Pretty rare air that Kahwi Leonard, the exception to the rule these days.

EXTRA POINT: A shout out to one of the Naborhood’s loyal readers, my college fraternity brother Jeff “Chewy” Anthony. He claims he reads all of these, well if you made it this far brother, you made it through another one—appreciate your support along with everyone else’s !