They say there is nothing like the city of New Orleans.

They would be right.

I have never been to a place where the natives are more loyal and take more pride in where they grew up. Many who are born there—never leave– feeling there isn’t a reason to.

The passion is real but the city is called the Big Easy for a reason.  It’s a laid back culture and not for everyone— but those who live there swear by their city. A city full of irony for yours truly. 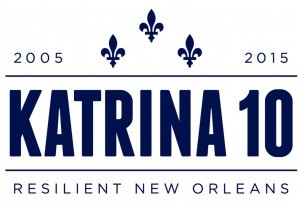 Hurricane Katrina hit NOLA 10 years ago on August 29th—my 37th birthday. At the time, I never would have predicted in a matter of months–this unique setting would soon become my home away from home.

Its hard to fathom looking back that a year after watching the devastation on my Tampa television screen— that a year later— I would be watching the Saints return to the Superdome to show the world how sports can truly heal a city and its people. 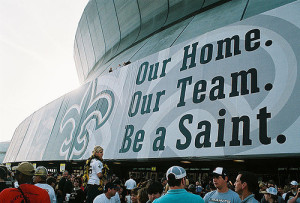 Covering the Who Dat’s return to the Big Easy was the loudest, proudest and simply the best sporting experience I have ever been a part of. U2 played at halftime and they weren’t even close to being the main showstopper.

The protagonist for me that night and to this day was former Saints star Steve Gleason. It’s fitting he was a special teams star because Gleason has proven to be special far beyond his infamous blocked punt against the Falcons. A momentous play which surely set the tone for the Saints historic homecoming win.

10 years later–there is a statue outside the Superdome  of Gleason’s famous play but mainly it symbolizes the city’s fight against Katrina which mirrored the ongoing courage of a former football player known for so much more in New Orleans. 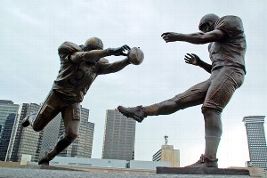 Gleason’s brave battle against ALS saw him form the Team Gleason foundation (www.teamgleason.org) which has raised lots of money but just as important— lots of awareness for a disease which hits home to me because it took my mother.

Sure New Orleans has crime problems, isn’t the cleanest place around,has quirky politicians and crazy roadways but I appreciate my experience there covering its favorite team whose play has mirrored its city’s last 10 years since Katrina hit—quite the comeback story.

Every year since, I’ve have seen tremendous growth and strength in New Orleans— from its many new restaurants, rebuilt neighborhoods and now restored levees.

Its stories have inspired and its anniversary has made me look back with appreciation.

The Big Easy— your headliner in this week’s sentimental sprint around the Naborhood—as always thanks for stopping by.

HUMPTY TRUMPTY: I wrote in a blog a month ago that Donald Trump‘s radical comments on Mexicans would end his presidential hope before they really started.

It ain’t over— which begs the question—why ain’t it over?? 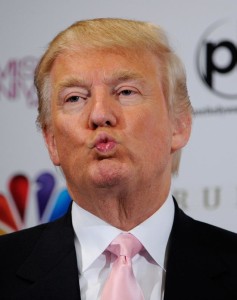 Listen, I don’t like to push my politics on anyone. I have my problems with Obama, the Clintons and  all the Bushes but for the love of Abraham Lincoln can’t we Democrats, Republicans or you Independents out there agree on this:

We can do better than Trump America?

Yeah many like that he’s not your status quo politician and is unusually honest? Ok—does that mean I want Louis C.K. or Chris Rock as my next president because they can deliver one liners better than Bush or Rubio?

Can you imagine Trump as our president representing our country overseas with Israel or heaven forbid Iran? Can you see the Donald delivering a thoughtful state of the union speech?

I don’t care how rich he is—I don’t want my president telling me ad nauseum how much money he makes, how powerful and how great he is 24 hours a day.

I want someone who doesn’t think Obama is a Muslim, doesn’t disparage men who ACTUALLY served in the military (John McCain), who doesn’t think “the Art of the Deal” is the second best book to the Bible? and who treats women with respect–check his track record on that….

Oh and the media kills me over its Trump hysteria. I love the many national stories on why we are falling in love with the Donald as THEY continue to run the endless stories—its maddening.

Humpty Trumpty sits on a wall

Humpty Trumpty had a great fall?

Hard to believe it hasn’t happened yet–C’mon America we’re better than this?!

COMMISH TRUMP: So I have the perfect fix with our country’s Trump conundrum—let’s put the Donald in a place where we could really use him—let’s make him our next NFL Commissioner!

C’mon anybody is better than Roger Baddell who is becoming more and more of joke the longer he stays in office.

Trump would stand up to his fellow millionaire owners and give the league something it hasn’t had in years—a little personality? He certainly wouldn’t be boring. 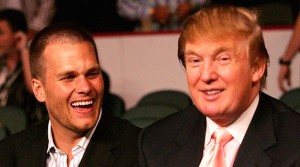 FREE BRADY: I would also hope the Donald would nip the laughable Deflategate in the bud in the same fashion as he disposes of B-list actors on the Apprentice.

My goodness are we really saying that all of this takes away from Brady’s legacy and is Goodell really gonna stand by a suspension to the reigning Super Bowl MVP that is tougher than domestic abusers Greg Hardy and Ray Rice?

This should be old news but instead its marred another NFL offseason where bad news has become a broken record for a league which is certainly bullet proof.

If I’m Brady I don’t give in one single inch—don’t bargain, don’t cut any deals. Bring the commish and the league to its knees. You have done nothing wrong, and this whole witch hunt is nonsense.

I just spent a week watching the Saints and Patriots scrimmage each other in Training Camp.

For days I watched Tommy throw a football quite well, roasting the Saints in two minute drills where one thing didn’t enter my mind—how air tight the footballs were?

Let’s dump Goodell and hire the Donald—that would kill two birds with one stone. Free Brady and Free us all from Trump on the presidential Stump.

BEEF JERKY FEVER: Be honest, when is the last time you had Beef Jerky?

I asked myself that when I hit one of my new favorite places during my recent Training Camp stay in Lewisburg West Virginia–Beef Jerky Outlet. Granted they are not just in West Virginia–they are all over the country (www.beefjerkyoutlet.com)

I think the last time I had sampled America’s hottest snack was when I was in middle school–maybe a Slim Jim–does that count? Not as many Beef Jerky ads back then….. 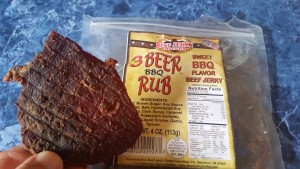 This place was unbelieveable a sort of mini grocery store for the jerky connoisseur.

I also am told the Antelope with Pork Stick and Pork and Ostrich Stick’s are good calls—hey don’t knock it until you try it….?!

I’m back on the Beef Jerky bandwagon, its never too late.

SPORTS SHORTS: Lots of different sports takes going through my brain of late—some quick ones:

*I want to pick somebody other than Ohio State to win it all this year but given their weak schedule and stacked roster really have a hard time doing that.

*Want to go with Clemson but their defense loses a ton—so how about Auburn-I love Gus Malzahn and really like their QB Jeremy Johnson and some guy named Muschamp is retooling their D—yeah let’s go with Auburn with Arkansas being this year’s sleeper. How bout Georgia winning the East—not buying into the Tennessee preseason hype.

*My NFL preseason picks—ok its easy to say the Patriots. so I’ll go a little contrarian on you. How about Andrew Luck going next level this year—I’ll take the Colts against the Seahawks but will take a motivated Seattle team with Jimmy Graham to win it all. 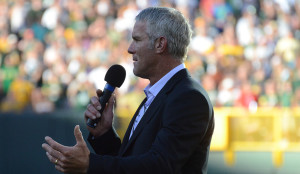 *Love me some Hall of Fame speeches but this year’s favorite wasn’t from Canton–it was delivered from Lambeau. Brett Favre’s homecoming was entertaining. It was great how he went without a script and thanked everybody right down to each ballboy who warmed him up on the sidelines. Impressive.

*Despite all of his struggles, I still maintain at some point Tiger Woods will win a major again but he won’t break Jack’s record. 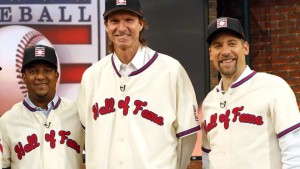 *I’ve wavered on letting any baseball steroid user in the Hall. This after watching Pedro, the Big Unit and Smoltz celebrate in Cooperstown was fun to see and made me appreciate how great this trio of pitchers were to stay clean in an era where the hitters weren’t. Lets keep Barry and Roger out—I feel better just typing that and didn’t feel that way until I saw this class enshrined.

NOBODY ASKED ME, BUT…Why is it that we lose some things but tend to keep track of others?  For instance, I haven’t lost my wallet or my cellphone in years (probably just jinxed myself) but can’t for the love of me, hold on to a pair of sunglasses.

I bet each summer I go through about 3 pairs where I may lose one but more likely will break another pair or two or three….

Its why I only pay 10 dollars for them. I’ve had great sunglasses in the past but lost every single one of them—it doesn’t hurt as much when you buy the cheap ones.

EXTRA POINT: My favorite sports stat of the year and this one is mindblowing. On August 12th–all 15 home teams won in Major League Baseball–that’s the first time its EVER happened? Folks they play 162 games a year—that one was hard to believe……

UNTIL NEXT BLOG,
Mike Nabors