One of my favorite sayings used to be made daily by a legendary radio host who would always close out his show by saying, “make sure you tell those you love, you love them.”

Simple message which carries a ton of weight—especially this time of year.

I make sure to always apply this to my daughters. My mother who left us nine years ago knew how much I loved her which gives me great peace. I can’t imagine losing someone with them not knowing that, so since her death, I’ve made sure to always try and make it right with the people I truly care about.

It doesn’t make sense to lose friends because of silly misunderstandings. Yes communication is often tricky where in some cases, you have to make the first move which is often not the easiest one. I understand in other situations taking that initial leap doesn’t always solve things—but at least you have the peace of mind you made the effort. 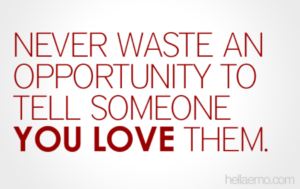 Thanksgiving always reminds me of this mindset—you often get around people you care about but who you don’t get to see nearly enough. How many times do you pick up right where you left off? A lot.  It’s not always an “I love you” but you learn more about their lives which brings everyone closer. It makes me want to reach out to people more often, not just the holidays. Again, life gets crazy, but let’s not let the communication follow suit.

Telling people you love them can come in different ways.

Recently, I got together with an old college roommate whom I’ve communicated with here or there since we left school but never worked out the many misunderstandings which hurt our relationship years prior. A simple lunch solved a lot of misconceptions—-our relationship is now in a much better place.

It left me thinking how many other people just need a simple lunch to turn things around. Think about how that could change your dealings with those around you? If you have a history of meaningful relationships with anyone in your life, saying how you feel and more importantly why you have felt that way can go a long way into making things much better.

Giving thanks during the holidays often has all of us counting our blessings, but wouldn’t it be nice to subtract all of our regrets?Often the solutions are very simple. We are a complicated species but I think we all have one thing in common—we don’t want to hold on to the bitterness which turns into anger.

Making it right— our first move around the Naborhood, as always thanks for stopping by.

THE BEST NEW SHOW ON TV: Speaking of letting others know how you feel, my new favorite TV show, “A Million Little Things,” backs up my points perfectly.

I hardly ever watch TV anymore (save sporting events and documentaries) but this show  hooked me immediately. It surrounds a group of close friends from Boston who come together following the suicide of the leader of their inner circle. What makes the show interesting is that these circle of friends all are very different yet incomplete in some way. A lot of moving parts make the show compelling where they don’t let the plots linger–very fast paced. 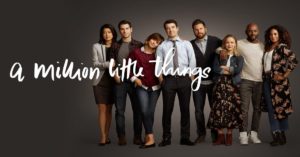 Great writing, acting and something everyone can relate to —-check out “A Million Little Things,” promise you will be addicted quickly and I bet all of you can relate to the characters which are complex yet fascinating.

NO MORE TIES!! : Ok NFL, listen up I have another gripe with you! In sports we need a winner and a loser—the athletes and coaches work too hard and the fans pay too much money–for a stupid …..tie?!

The NHL finally ended the nonsense a few seasons back with its shootouts, Major League Baseball will play 18 innings in a World Series game to get it right and the basketball guys and girls will go to double and triple overtime to complete the job–so why do we have two ties in the NFL this season? 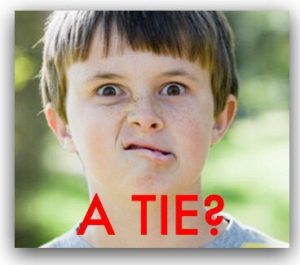 It’s time for them to fix it and I would love to see the NFL adopt something similar to the what college football is doing. College fans were recently awarded for staying up late thanks to an LSU & Texas A&M seven overtime instant classic. The highest scoring college football game ever (146 points) wasn’t exactly a clinic in officiating but it was highly entertaining and the best part—it wasn’t a tie.

No more ties NFL—get er done—you are better than that!

STEVE CARELL: Thanks to Netflix, The Office is red hot again where it’s been fun to relive one of my favorite shows with my daughters who were too young to appreciate the first helping.  I lost all respect for the Emmys when Steve Carell NEVER won for his portrayal of Michael Scott–how does that happen? Well Carell in a recent article in Esquire shoots down the hot rumor of the Office returning where he believes the show wouldn’t be politically correct in today’s climate. 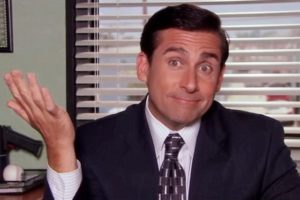 “I mean, the whole idea of that character Michael Scott, so much of it was predicated on inappropriate behavior,” Carell told author Bruce Handy.  “A lot of what is depicted on that show is completely wrong minded. That’s the point, you know? I just don’t know how that would fly now?” Interesting.

The Esquire article was a great portrayal of Carell who along with Tom Hanks is considered one of the nicest and more normal people in Hollywood. Carell revealed he thought about being a lawyer coming out of college but knew his heart wasn’t in it. He also had a funny tidbit that after some initial success in acting, he went to a high school reunion feeling weird that his latest project was starring in “The 40 year old Virgin.” Ironically that movie, helped boast The Office’s ratings. 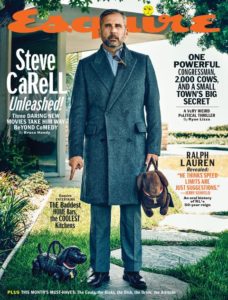 Carell admits he wasn’t funny growing up and never intended on comedic roles but those just happened to be the parts he won over all the other auditions. While he still wants to be in comedies down the road, lately he’s turned into a serious character actor portraying the father of a drug addict in “Beautiful Boy” and even plays former Secretary of Defense Donald Rumsfield in a biopic about Dick Cheney, VICE. The man has range.

COLLINSWORTH’s FOOTBALL LIFE: While many love Steve Carell, several in the Twitterverse can’t stand one of my favorite broadcasters Chris Collinsworth. It’s ironic the same reason that many people hate him, is the same reason why many feel he is considered the best analyst on television—he’s not scared to be critical.

My favorite sports series on TV is the NFL Network’s Football Life where the NFL Films crew does a great job of really getting know the great personalities of the game and always make the most of their exceptional access.  Recently they profiled Collinsworth’s rise from Titusville, Florida where we went to the same high school (Astronaut) to his career at Florida to the Bengals and finally to the broadcast booth. 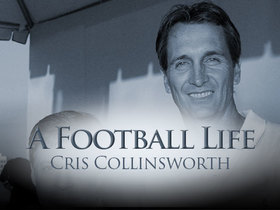 Nobody works harder at his craft than Collinsworth but his biggest legacy will be what his kids say about him. The best part of his “Football Life” documentary was hearing his sons say “they don’t know a better man.” Can’t ask for a better tribute.

They added their Dad rarely talks about his playing days and they’ve only seen “a few” highlights over the years. Yes Dad leaves his football talk about his kids and at his job—-nobody does it better. I don’t understand all the hate.

NOBODY ASKED ME, BUT…. Ok I’m gonna come clean— one day I really want a shoe endorsement and if you are listening Skechers, please consider me! Before you laugh—read the next few sentences as I profusely brag about how your latest line of shoes are the best thing I’ve ever seen and worn.

Guys—you want some kicks that will go with a suit or a casual night out—gotta check out Skechers Porter Ressen line—-the BEST SHOES I’ve ever worn—and guess what—there is no close second!

Skechers–I know you have Howie Long  but imagine the possibilities of signing me on board? You will get a whole new target audience. 50 something Dads who have never been pro or college athletes who just need something comfortable to wear—there are millions of us!

Skechers—we need to make this happen. In the meantime know this—I will wait patiently for your offer and enjoy the best looking and most comfortable shoes I’ve ever bought.

Did I mention I bought two pairs???