Besides the fact you lose an hour of sleep, this is surely my favorite month of the year.

I don’t know how you did it March but you grabbed all the fun stuff away from the likes of April, May and June.

and then for good measure, let’s give March, more Madness…… 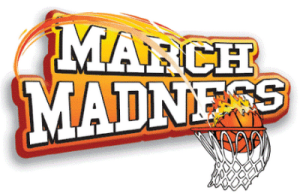 Sure September is fun with college and pro football kicking off but nothing beats the Magic of March where everybody has a chance.

I’m writing much of this blog sitting courtside at one of my favorite sporting events, the SEC Basketball tournament. Like all the other tourney’s it gives ANYBODY a chance to make it.

No other sport, delivers these kinds of do-overs, and no other month gives us more than the third month of the calendar year. Yes three really is the charm.

You don’t even have to pay your taxes this month, you can wait till April…..

There’s nothing like March, our first stop as we dribble around the Naborhood, as usual thanks for stopping by.

LIKING LAETTNER: ESPN does its best when it rolls out its 30 for 30 series and its latest hits home with me. It surrounds arguably the most controversial figure in the history of March Madness, the ultimate villain Christian Laettner. 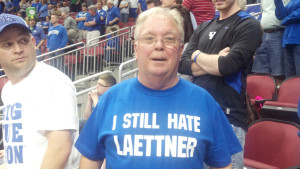 I get the hate for the former Dukie though–the guy was an instigator, sometimes played dirty and was as smug as they come but ever since 1992 when he hit the shot heard round Kentucky, I will forever be indebted.

Back then, I just graduated from the University of Florida, was looking for a TV job and was interning for the St Louis Cardinals. The Cards, like every other team, had a Spring Training NCAA po0l and despite the millionaire players and coaches submitting multiple brackets, this broke intern could only afford one for 20 dollars which seemed like 100 back then. I may have paid in change?? 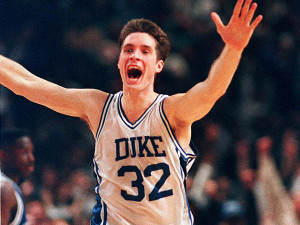 I think most sports fans remember where they were when Laettner pulled the trigger against Kentucky. At the SEC Tournament, I talked to veteran Kentucky reporter Jerry Tipton who has covered the Cats since the early eighties. Jerry told me he stopped writing during the game because there were too many momentum changes but did notice immediately that no Kentucky player was guarding Grant Hill on the inbounds pass—how prophetic.

I was with a fraternity brother (my big brother “Deli”) whom I tackled when Laettner made the shot. I remember Deli shouting, “Get off of me!”

It kept me alive and kicking in the Cardinals pool where because of the hated Dukie, I would finish second to then manager Joe Torre who only beat me because Georgia Tech’s James Forrest hit a buzzer beater to beat USC. Torre had Tech and I had the Trojans.

I was caught off guard by this….. 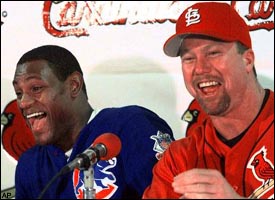 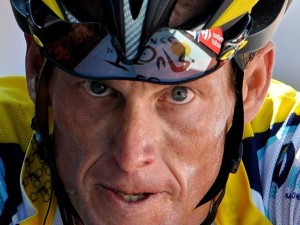 Yeah Lance Armstrong always seemed suspicious to me but don’t we all have people in sports that seem too good to be true.

Watching Kentucky this year and last year and well, the year before that….it just doesn’t seem right. I give credit to John Calipari for manipulating the one and done rules in his favor but how is he getting ALL of these players year in and year out? Doesn’t add up to me…..

Would you be surprised if the same guy that left Umass and Memphis in tatters eventually does the same to Kentucky? It just seems like a matter of time.

I talked to some members of the media who cover Kentucky and they find it funny that the Wildcats GPA was a consistent 3.14 for three straight years! Coincidence?

Would you really be surprised if there isn’t an NCAA scandal or a tell all Kentucky book a year from now? I’m not a pessimist but this story just reeks of controversy.

In the spirit of Calipari, Lance and the Steroid Era—here are a few other things I wouldn’t be surprised to see happen that may surprise some in the coming months

WOULD YOU BE SURPRISED?

*Billy Donovan goes to the NBA?–I saw him as frustrated as ever this season after the worst year he’s had in 18 seasons. He admitted these Gators were a pack of prima donnas—-sure they are prima donnas in the NBA but they are at least talented prima donnas. I think he would be foolish to leave Florida but he has never denied being tempted to go. Not sure if he does, but it wouldn’t surprise me? 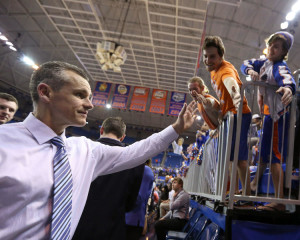 *Urban Meyer to the NFL?: Another coach with nothing to prove in college, the guy may have done the best single season coaching job ever last year winning with three QB’s. He, like Donovan never denies an intrigue of being a pro coach—how bout Meyer “staying close to his family” and coaching Cleveland after next season—wouldn’t surprise me.

*Tiger winning a Major? I’m not gonna give up on Mr Woods. Once he gets his mind right, I believe he still has a shot to win big again. Will he catch Jack? That’s a different story but he was the number one golfer in the world just a year ago—I think he still has some game left.

*Rose finally in the Hall?: Alright MLB, its the perfect time to step to the plate. Bud Selig is gone and the All Star game is in Cincinnati? New commish Rob Manfred you can prove you’re not Bud’s yes man and make baseball relevant again—put Pete in! Its good for the game and its the right thing to do at certainly the right time.

WHIPLASH > BIRDMAN: I’ve passed on a few times that I appreciate the production quality of this year’s “Best Picture” Birdman but simply didn’t get the ending and thought the film was all over the place. Whiplash on the other hand, I really enjoyed and really appreciated the ending. 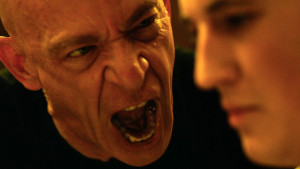 The movie is about a tortured yet talented young drumming prodigy, Andrew played by the extremely talented Miles Teller– really like him in everything I’ve seen him in. He is brow beaten in this movie by his taskmaster of a teacher, Fletcher portrayed by J.K. Simmons who deservingly won an Oscar for his efforts.

The movie takes you on a fun and often tense and awkward roller coaster ride but I loved the ending. I won’t ruin it for you but unlike Birdman, it made sense to me and gives you a few interpretations that made you appreciate both characters—that’s what good movies do!

STEVIE WONDERFUL: I admit to not watching David Letterman much anymore, especially with the new spin of Late Night that Jimmy Fallon has given us over the past year but with Dave signing off in a few weeks, I find myself watching him a little more now. 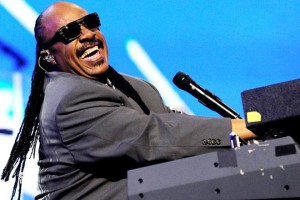 For the first time in maybe six months, I tuned in where Dave interviewed one of my all time favorites recently, my man Stevie Wonder. Its amazing how timeless he is. I have more songs from Stevie than any other artist on my I-Pod where on cue Dave made him perform with his trademark harmonica one of his early tunes while sitting next to him on the couch. It was a “Little Stevie” number and Wonder provided the Little Stevie voice too, on cue.

Wonder says he won’t perform a concert in Florida until the state repeals its “Stand your ground law” and that’s a shame. Like Van Halen, I regret never seeing him in concert and would have definitely caught him this time around. He turns 65 this year, not sure how many more tours he has in him.

For the record, so many great Wonder songs but my favorites are. “Do I Do.” and “That Girl” have loved them since I was a teenager.

NOBODY ASKED ME, BUT…. OK, those New Orleans Saints have made more moves than anybody in this free agent period and I have mixed feelings. I appreciate Sean Payton’s boldness and ruthlessness when it comes to shaking up his football team but you can’t trade Jimmy Graham in his prime to arguably your biggest rival in the NFC??! 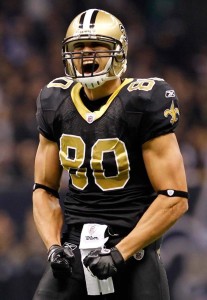 Seattle has owned the Saints since they won a Super Bowl beating them three times, two of those in the playoffs and now you are gonna give them the man who has scored the most touchdowns in the league the past four seasons?

I would have liked the deal better if Graham was wearing a Bills or maybe Chiefs uniform–but Seattle?

Sure you get an All-Pro Offensive lineman in Max Unger and a first round pick but Unger is coming off a injury riddled season and I don’t think just he and the pick are of equal value.

The Seahawks have beaten the Saints twice in the playoffs and humiliated them on Monday Night Football over the past four years—I think this was just their latest thumping–don’t like the move at all.

EXTRA POINT: I want to pick against Kentucky but after watching them in person three times this season, I really can’t remember seeing a team better in college basketball since i’ve covered the game and yes that includes the Gators that won back to back rings.

So give me Kentucky, Wisconsin, Gonzaga and Villanova in the Final Four. Kentucky beats the Zags 89-75.