She was unforgettable and most dates surrounding her are too.

Her birthday is never forgotten, neither is Mother’s day.

But when it comes to the day my Mom left us—for years I chose not to remember it. Frankly it just hurt too much and I’d prefer to remember the good days and the great memories.

But this year was different…..

As I type this, it was exactly ten years ago (July 28th, 2009) we lost Joan Boulineaux Nabors to ALS and it still hasn’t quite hit me yet. I often still reach for the phone for a half second or think to myself I can’t wait to tell her this, but then it dawns on me, I just can’t. 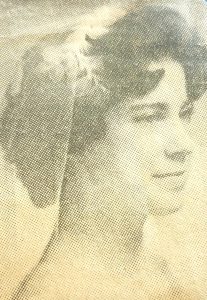 As you see my Mom was beautiful on her wedding day, this is how I want to remember her. Happy, healthy and poised to be a great mother to three kids who couldn’t have asked for a better Mom, friend and all time supporter.

She was the ultimate “extra mile” Mom, went crazy at Christmas and on birthdays, something she certainly passed down to all of us.

Joan Nabors’ legacy was helping kids, not just her kids but all kids. She put my Dad through Law School teaching elementary school and then went on to teach preschool and start several of her own as a tireless child advocate. I loved how she was passionate about what she did and really appreciated the fact she never was afraid to put herself out there….. 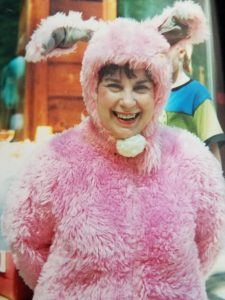 One of the mysteries of life is where the heck this Bunny Suit is? 10 years later we still can’t find it, our family will pay top dollar for anyone who can?

Yes 10 years I’ve often wondered how Mom would have helped me with my divorce and what advice she would have given  for raising teenage daughters? The crazy part is being so close to her for all of our years together, I actually have a pretty good handle on what she would have said but it still would have been much better to have heard it from her.

It’s funny they say you see signs of your parents on this earth when they leave you–well I’ve seen more than my fair share of Mom the past 10 years. In fact, my company works with lots of nonprofits and a lion’s share of my clients have been with those dealing with kids’ issues—-I know she had a big part in that. 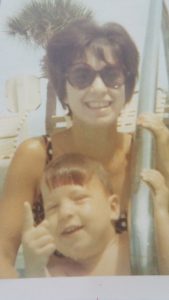 I’ll never get over her loss but am thankful for just having Mom as long as I did. Some don’t get that chance and I value that more and more with each year that goes by without her.

Yes I still talk to Mom and truly believe she can see everything I do (sometimes I forget that notion) but I try to be a better person because I believe she has a closer eye on me— but the best part is I think she is taking more breaks these days as she’s been busy keeping my Dad in line up in heaven the past few months.

Mom thanks for being the best and while I celebrate your birthday and think of you every Mother’s Day, June 28th is a day I try to just get through because it wasn’t just tough on me, it’s tough for all of us who she impacted which were many.

Mom’s milestone, the first stop in another gallop around the Naborhood. As always, thanks for stopping by.

MOON WALKING: Funny Mom and Dad raised me and my siblings on the ole Space Coast in Titusville, Florida where Space Shuttle launches seemed as common place as long red lights in our younger years.

I was only in diapers but I slightly remember the real early days when my parents would take me to Indian River and we would watch the Apollo launches back in the late sixties and early seventies—just remember how night would seem to turn into day in a split second. Many of my best friends Dads worked at NASA to help make all of this happen. 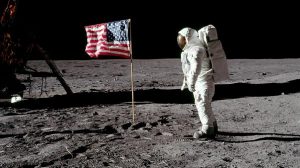 I was around on July 20,1969 when Neil Armstrong stepped off the Apollo and walked on the moon but won’t lie–don’t remember too much about that moon walk which celebrated its 50th anniversary this month.

Apollo 11 was arguably the most dangerous and certainly the most ambitious space flight at the time and thanks to our friends at Business Insider for passing on some facts you may not have known about this big piece of American history: 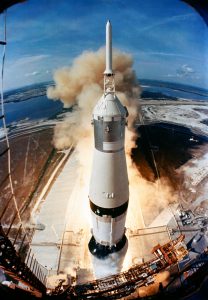 *The first moon meal was bacon and coffee but most of the time the Apollo astronauts just splurged on dehydrated beef and vegetables.

*Buzz Aldrin turned in a rather meager expense report—only 33.31 for reimbursements.

*While most of the country was excited about this launch, Kennedy Space Center had over 500 protesters not happy our country was spending nearly 25 million dollars to put men on the moon.

*President Richard Nixon had a speech ready in case the mission wasn’t successful.

*After the Apollo 11 astronauts were safely back on Earth, Nasa quarantined them for 21 days in case they “brought back moon germs.”

WOMEN’S SOCCER: While the Astronauts came home heroes, recently so did the U.S Women’s Soccer team yet it’s still amazing to me while the fans and many in the media gave them their deserved respect, these athletes certainly failed to receive it in their bank accounts.

This is certainly not a case of Ladies First.

Unlike the men who have been World Cup Disasters, the ladies have been a juggernaut—winning four World Cups and then you have their four Olympic Golds—the men have NEVER EVER won either —yet still make more money? 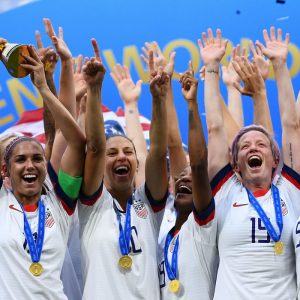 The Women claim to make 38 cents for every dollar the guys make and filed a federal lawsuit back in March claiming gender discrimination in pay. The U.S. Soccer Federation knows there is a problem but hasn’t acted on it.

Gender equity is tricky in college sports, heck paying college athletes is a very controversial and complicated issue but this one is a no brainer.

On top of getting better results, according to the Wall Street Journal the women’s team turned in more money than the men’s team from 2016-2018 and Nike says the women’s recent World Cup jersey was the best selling soccer jersey (wait for it) in their company’s history?!

The women’s success also has them with better TV Ratings than the guys.

There are a lot great debates in sports but this one is an easy penalty kick—do the right thing and not only pay them the same—pay them more!

HATED FOODS: It’s funny the things you read these days especially with so many media outlets and now so many dating sites. Recently, I buddy of mine on Twitter posted survey results from “Haterdater.com” a dating app actually made popular on Shark Tank which matches people based on what they hate? This “hater” survey broke down what food people on this site hate the most in each state. The results were shall we say interesting…. 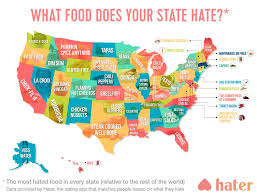 The most incredible finding is in California couples most hate (wait for it)…. Chick Fil A??? Who are these people?

I’m ok with North Carolina not liking Cottage Cheese or my friends from Georgia dissing Tuna Salad and I understand the folks from Oregon not liking Fast Food–but Chick Fil A isn’t true fast food for me, guess I just live in denial??

ARCHIE MANNING: He turned 70 years old a few months back and sure he’s had a few surgeries of late but football icon Archie Manning is still one of the best men I’ve ever dealt with in sports. For someone who is a legend in the South and is the patriarch of football’s first family he always has time for everyone. 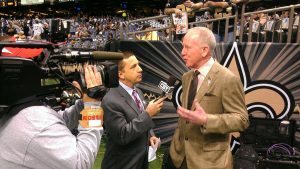 Recently I was in Birmingham for SEC Media Days where so was Archie who along with Steve Spurrier and Herschel Walker were on hand to celebrate the remarkable upcoming 150th year of college football. Funny story, Archie said back in 1980 when his sons Cooper and Peyton were 7 and 5, he took them to the Sugar Bowl when his wife Olivia was pregnant with Eli Manning. At the time Walker and Georgia were dominating Notre Dame, when they got home Cooper told his Dad “Maybe we should name our baby Herschel Walker Manning.” That one didn’t fly with Olivia.

Those kinds of stories you get in bunches from Archie Manning whom I worked with doing Saints preseason games now 14 years ago but given his busy schedule and still hectic workload he recently made time for me on my Saints podcast (Been There Done Dat) it’s a half hour I will always cherish.

He’s one of the classiest guys out there where he has no ego and when you deal with him it’s easy to see why his sons turned out so well–they had a great example.

NOBODY ASKED ME, BUT….Staying with college football at the recent SEC Media Days you got another glimpse of how far we’ve come in evaluating athletes.

For years it was all about their work ethic and what they did between the lines but with the evolving media we more and more get a glimpse of how these athletes tick. Take Florida quarterback Feleipe Franks who seemingly has turned the corner with Dan Mullen now mentoring him in Gainesville. 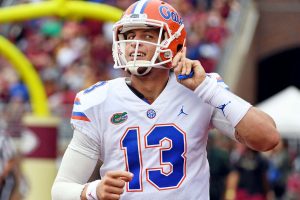 Mullen recently said the key to Franks football U-turn wasn’t his technique but “frankly” the fact he is stop listening towhat everybody says about him. Basically ignoring the critics. I asked Franks about it and he said it wasn’t a social media dynamic as he isn’t active on those platforms, it was him being oversensitive to anybody criticizing his play.

It’s refreshing to get that kind of honesty from a player where think about it—often we forget these college athletes are mostly 19,20 and 21 year olds and the pressure is pretty ridiculous.

EXTRA POINT: Speaking of the Manning family, I can’t wait for Peyton’s Place to debut courtesy ESPN and especially NFL Films. It’s the 100th year of NFL Football and the league has Peyton Manning going back in time and interviewing all of the key players. Manning is the perfect guy to team up with the gold standard of TV in NFL Films. 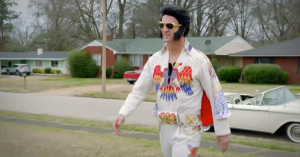 From putting stick em on with Fred Biletnikoff to practicing with Prime Time and drinking champagne with the 72 Perfect Dolphins and even dressing up like Elvis for a shoot in Memphis—this along with Hard Knocks is gonna give us some great TV in August!