No ours surrounds the clock ticking on the Jolly Ole Elf —but in a different fashion.

To borrow a well known line from Ralphie’s Dad, Santa’s status in our home is well…. 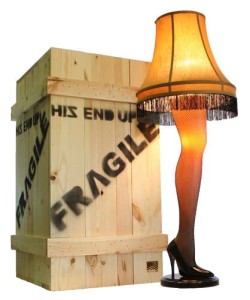 Yes sadly I think this is the last year we will have someone under my roof who believes in Santa Claus.

My nine year old Ally is right on that “Santa bubble,” smack dab in the middle of fourth grade where you know soon the kiddies will be talking about how its not humanly possible for a big elf to deliver gifts around the world—those darn party poopers.

Ally this year gave me a list to deliver to Santa with a note “Say hi to the elves” on the back. God, I’m gonna miss that! 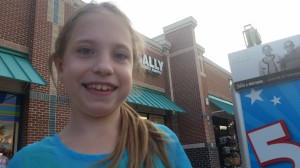 I asked her how does Santa get into our house when we don’t have a fireplace? Her quick reply,  “he has magic jelly that creates a fireplace.” Well there you go…..FANTASTIC!

In addition, Ally explains Santa’s exit strategy “he (Santa) has a magic booster device in his bag of presents that shoots him out of the house back into his slay” Problem solved….I love it.

Big sister , my 12 year old Morgan may roll her eyes but she’s been a good soldier maintaining the innocence of our lone believer.

A year from now, I’m not confident then 10 year old and fifth grader Ally Nabors will buy the jelly and present booster device theories—but I’m gonna soak in our final run with Santa.

Yeah despite all the craziness and chaos this holiday annually presents there are some great things, preserving that “fragile” window of believing in the big man is surely one of them.

My lone believer, the first stop in this edition of the Naborhood. Merry Christmas and Happy Holidays to all who took the time to stop by….

HOLIDAY TRAVEL SCROOGES: The holidays give us great moments with family and special moments from charities all across the country who do such tremendous and often creative work to help others.

On the flip side, the Holdays also are highlighted  by rookie travelers who need to learn a little flight etiquette. I see it happen year round but it seems to pick up around the holidays on flights. 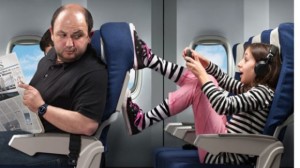 Its pretty simple folks and its one of my main pet peeves year round but it seems to pick up steam during the holidays (along with people who don’t thank you for letting them cross the street in a shopping center)—-how bout those goofballs that don’t know the rule that when you get off a plane each and every row gets off in succession.

No cutting in lines!

Just because you stand up right when the plane lands and get in the aisle—it absolutely positively doesn’t give you the right to move up and cut in front of others in getting off the plane. People who jump in front of families with kids, especially single mothers who are traveling with multiple children and elderly people are the biggest scrooges—-please help me in spreading the word–just drives me crazy.

WORST GIFT: Speaking of airports, I have seen one really bad gift on the rack for months and am not sure if a single one has been sold since it made an appearance around three months ago.

C’mon even if you love the Gators—why on earth would anybody want this? I really am curious to see how many of these were purchased? 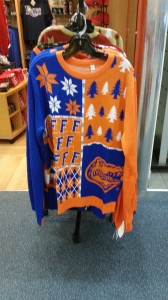 Tacky Christmas sweaters are one thing, but these, really?

NFC SOUTH PROBATION: I love the NFL and don”t believe it should have Thursday night games. Don’t believe it should expand its schedule but do believe it should fire its commish Roger Badell. While the latter won’t happen, I have a great PR statement that rascal Roger could make to possibly atone for tripping all over himself this past fall.

He needs to borrow a page from the knuckleheads at the NCAA and put the NFC South on one year’s probation—meaning—nobody should make the postseason. The penalty under the category—lack of institutional control. 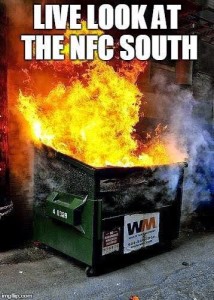 Let’s face it–the Bucs have been the Yucks, the Saints have been Sinners and then you have the “hierarchy” of the division in underachievers Atlanta and Carolina. While the Georgia Dome will host the Peach Bowl next week, this weekend it will host’s the NFL’s Toilet Bowl as the winner in the ATL between the Falcons and the Panthers will actually get a home playoff game? It just isn’t right, the NFL is better than that.

Think about it—Carolina went 63 days this season without a win??? Then you have Atlanta who started the year with a 2-6 record, lost five straight at one point and my favorite number—they don’t have one single win OUTSIDE of the NFC South.

Nobody deserves to go to the playoffs this year. Goodell put them on probation and let’s try it again next year, in the meantime give the Eagles there spot as Philly may have 10 wins this year.

UNBROKEN: One of the best books I have read in the past few years is Unbroken by Laura Hillenbrand who also penned Seabiscuit. Its a true story but the story doesn’t seem real as the life of Louis Zamperini doesn’t seem real at all. When you read this you wonder, no way one man could survive what he did? 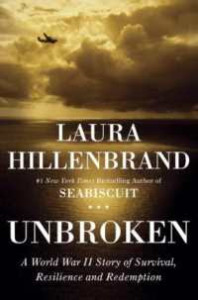 If you’re not familiar–Zamperini overcame a troubled childhood to become not only an Olympic track star at the Berlin Games which would have been impressive on its own but his story was just beginning. The majority of the book focuses on Zamperini’s survival after his plane crashed in the Pacific Ocean in World War II where its simply amazing he lived to tell about it. The stories are endless, scary and in the end very inspiring—the perfect story for a movie.

I am always somewhat excited and cautious when they take your favorite books and make them movies—rarely do they improve the product. Hollywood always takes creative licensing and leaves or adds things you don’t like.

I give Angelina Jolie credit for her passion in directing this product where she showed it to Zamperini before his death last summer. He had feared the movie, which was in works for years would never happen. The early reviews aren’t good and have been really bad from some—-I hope they are wrong.

WINSTON’S FUTURE: Jameis Winston’s post Heisman track record makes Johnny Football look like Mother Teresa but is it possible he has learned from his mistakes?  This week he was cleared by FSU of not violating its code of conduct— this after nearly a year ago being acquitted of rape in the courtroom. There will be people who will always think he’s guilty and that’s their right but while we may never know what happened, if Winston is truly innocent you wonder how much he has learned from this and everything he’s been through the past two years. 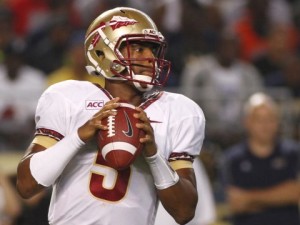 If and its a big “if” you took all of Winston’s missteps away, I believe he would surely be considered a better pro prospect than this year’s Heisman Trophy winner Marcus Mariota. Get ready for a Manning/Leaf type debate in the coming months. I just wouldn’t draft a read option type quarterback as my first overall pick.That said, I can’t wait for FSU to play Oregon—I think its gonna be a classic and of course a likely shootout.

My sources at FSU who deal with Winston see quality aspects of his character as he is known to be a great and thoughtful teammate but they also see what we do—the many immature mistakes. The missteps will make him a huge draft day question mark. I heard a story that on Father’s Day one of the FSU baseball coaches didn’t get a Happy Father’s Day from any of the players with the exception of Winston.  Both football and baseball coaches swear he’s a good guy—the cynics will point to the fact that they like him because of his talents but it seems to go beyond that.

Given the choice, I think Winston is surely a risk but if you just look at the football player, I think he has many qualities which are rare. His abilities fit better in a pro style offense and the fact that he kept winning albeit  in a sloppy fashion this season makes me belief he is mentally tough to perform with all the chaos around him–the same chaos that circles rookie quarterbacks early and often. Its an interesting subplot the next few months and you wonder if he will have any more mishaps…stay tuned.

NOBODY ASKED ME BUT: Its surely ironic that the Rays new skipper’s surname is Cash isn’t it? This is a franchise not known for spending it but now they are putting their money on a 36 year old Tampa native to steer their ship. 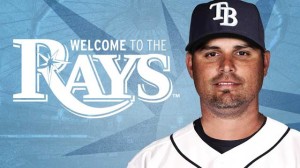 I’m really happy for Kevin Cash whom I have covered since he was playing at Florida State. I also remember interviewing him at his townhouse along with his wife whom he just married when he came back to play for the then…Devil Rays. Always an approachable, good guy—-but like him, I never thought he would one day have this job–this soon.

A guy whose known him longer than me is my Uncle Dale who was a long time elementary school teacher in Hillsborough County. Dale taught the gifted program for many years and one of his favorite students was none other than Kevin Cash where my uncle said he was a leader even back then.

I’m rooting for the Rays to Cash in—just please get him some bats to go along with all of that pitching!

EXTRA POINT: We started with the holidays, let’s end with them. According to our friends from the USA Today, the average holiday shopper is a 46 year old female who will spend around 1,119.00 dollars. That amount is on average for 12 people and 46% will be spent on electronics.