Not sure what’s crazier—the fact I’ve been out of college for 25 years or that my oldest will be enrolling in five years….?!

I’d like to think my GPA would have been aided by google and modern technology…?

Thank god camera phones and social media weren’t a part of the equation though.

College life has its advantages and its speed bumps these days but one thing I’ve noticed that’s markedly better are those commencement speeches.

Every year they’re gathering more and more of a variety of speakers who done the cap and gown and wax poetic. From Jimmy Buffett at the University of Miami , to my former Fox co-worker Sage Steele at Indiana to how bout Tiger’s ex Elin Nordgren representing Rollins College? 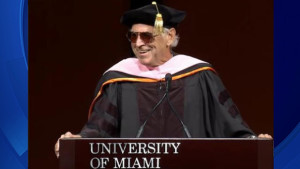 I like it and while I’m still waiting on my invitation (hint hint) I thought about what I would say if given the opportunity—a few things come to mind:

*DO SOMETHING THAT SCARES YOU: Its ok to fear things as whether they admit it or not, everybody is scared at this point in their life. But whether its public speaking or proposing something bold or asking the tough question— Jump in with both feet! You will be better off in the long haul. Getting past fear makes all of us strong, no matter what it is.

*NO EXCUSES: Don’t blame bad people or bad breaks for your bad fortune. If you want something, don’t let excuses set you off track of your goals. 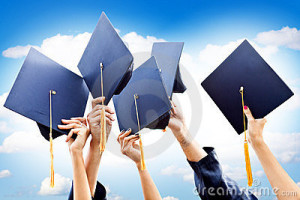 *FOLLOW YOUR PASSION: You only get one at bat in this life and you should do something you love because what’s better than having a job that doesn’t feel like work.  Seek quality internships as it gives you a chance to see if you like what you will be doing for years to come and don’t wait till your Senior year! Life is too short to work in a job or vocation you despise—its not easy following you dream job but its well worth it.

*DOESN’T HURT TO ASK? You would be surprised how much you can advance your career by just asking? Especially in journalism, I can’t tell you how many times I’ve gotten an interview or a great answer by asking something, many thought was unaskable. Sometimes you will get shot down, but don’t be fearful, more often than not, whether its broadcasting or any sort of business, fortune favors the bold and the confident.

*IT JUST TAKES ONE: I used to hate the term “networking.” Thought it was silly and superficial but I was the silly one. Meet as many people as you can because it just takes one to like and appreciate your talents. That one person could change your life and its direction.

*DON’T BURN BRIDGES: Its OK to stand up for yourself and its certainly fine to defend what you believe in but its not worth getting personal or doing it in an offensive matter. Always take the high road—don’t talk about others, it just makes you look bad.

*DO A LOT OF THINGS WELL: Whatever it is you do, make sure you aren’t just good at a part of your job or life. Diversity is a good thing and in this economy you are much more marketable if you do a lot of things well.

So there is my abridged address to the Class of 2015 (is it really 2015??) the first stop in this week’s lap around the Naborhood. As for the rest of the rundown…let’s commence!

CAN WE HANDLE THE TRUTH? We always crave honesty or do we? It seems we like to have it both ways. We criticize those who lie to us but just as often it seems, we have a problem with those who speak the truth.

The most recent example is Seminole legend Bobby Bowden who told ESPN’s Paul Finebaum regarding former FSU QB Jameis Winston’s Tallahassee tenure “I think it’s a consensus among Florida State fans and boosters that he was an embarrassment, in a lot of ways, to the university,” 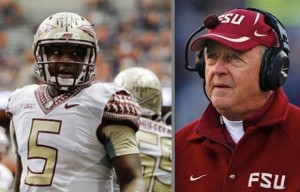 I have defended Jameis on a number of occasions and still feel he will be a great NFL QB and like Bowden also said Winston has plenty of time to mend his reputation. At the same time, I don’t see anything untrue about what Bobby said. Many of my FSU friends while enjoying the success Famous Jameis produced on the field, were embarrassed by his actions off of it. Many felt like they couldn’t fully enjoy FSU’s success because of it.

Its also fair to say Bowden’s players “embarrassed” the University via the Foot Locker and Dillard’s scandals but we shouldn’t get on Saint Bobby for speaking the truth about Jameis—-he did embarrass the university, the student body and its alumni base on many occasions.

SO LONG DAVE: Its gonna be strange not seeing David Letterman on TV anymore but it soon will be a reality. Everyone in my generation has watched him since we were in middle school and now most of us are now pushing 50.

His first Late Night show premiered on NBC back on February 1st, 1982 when the likes of the Fonz and Archie Bunker were still on the air and MTV was only six months old. To put Dave’s run in perspective–if Jimmy Fallon would last as long as Letterman he will be doing shows until the year….2042. 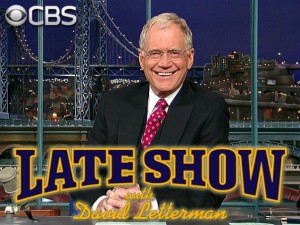 Fallon is a big reason, Letterman, whether he wants to admit it or not, is leaving the talk show game. His act doesn’t play like it used to but as his old friend Michael Keaton recently told Rolling Stone, “I always thought it was kind of cool that he was never, except a few times, number one. To me, it was perfect. It made his cachet and his legacy that much greater. Maybe he wasn’t quite as popular. But everybody knew, qualitatively, that he was the best.”

I have DVR’d Letterman’s final shows the past month and they have all been great—look forward to the stretch run of this farewell tour where te King of Late Night will be missed. A true pioneer and there will never be another one like him. Fallon is exceptional but Letterman paved the road for such creativity.

DEFLATING: Even before the Wells report “aired” out its findings on Tom Brady and the Patriots I could have cared less about them deflating footballs to gain a competitive advantage and you know what—after reading the highlights of the report….. 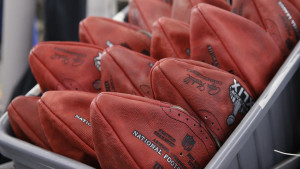 The headlines over the past few weeks have made Brady seem like a Lance Armstrong, a Mark McGwire or a Jose Canseco–he is none of the above–not even close.

What is clear in this crazy NFL world of Ridiculous Roger Goodell is that lying supercedes domestic abuse, child abuse and drug addition. The “main” reason the Saints Sean Payton and Tom Brady were hit hard by the Commish is that they weren’t forthcoming.

No way Payton deserved to sit out longer than Ray Rice and Adrian Peterson?? No way Tom Brady should sit out four games. Now based on the Patriots history, I have no problem with a fine and losing a first round pick but to keep Brady out for four games is just dumb.

Goodell put himself in a bad situation. If he doesn’t fine Brady, he is criticized for being too lenient and if he suspends him for four games he’s just making him an example. I chose the latter.

Tom Brady is the best QB the NFL has ever seen. Deflating footballs gives him about as much advantage as it does those numerous major league pitchers who have their way with baseballs. One of them Gaylord Perry is in the Hall of Fame.

Not a big deal.

Brady will be a first ballot Hall of Famer one day and this Deflate game shouldn’t taint his legacy, just a lot of hot air……

AMERICAN IDOL: While Brady may be sitting out for a few games, another American Institution is also going bye bye. Season 14 is in the Books for American Idol and next year will be its swan song.

Not sure about you, but I stopped watching after Simon Cowell exited five years ago. To me he made the show. He was bigger than anybody on stage.

It seems when grouchy Simon left a lot of the talent did too. Maybe its because I haven’t watched the show in awhile but after all the households names they were churning out—can you name an Idol winner in the last six seasons?

THE ROAD TO CHARACTER: You want to read a book that makes your think long and hard about how you live your life without being preachy?? Check out “The Road to Character,” the latest release by national columnist and Yale professor David Brooks.

In an era of constant drive for attention and success, this book aims to reverse course to what the meaning of true fulfillment is. Sounds sappy but Brooks is successful at making you really think about why we are here. 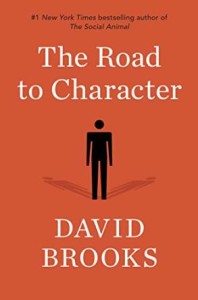 The author, like one of my favorite writers Malcolm Gladwell does a great job of using different examples from very different arenas to show the difference in what he calls “resume virtues” and “eulogy virtues”

Through very in depth and philosophical examples of politics, spirtuality, psychology and even from a confessional perspective—Brooks makes you think when you read this book. I’ve never read another like it and highly recommend it.

NOBODY ASKED ME, BUT…. : There are many reasons to look forward to the summer months—-you have the sun, the beach and how bout my friends at Olive Garden with the marketing move of 2015.

Coming soon–are you ready for the Breadstick sandwich?!  Nice work OG—they plan to use its famed breadsticks for chicken parmigiana and meatball sandwiches starting June 1. 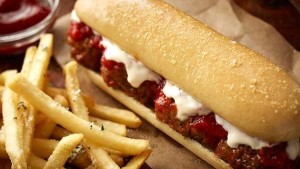 The addition of the breadstick sandwiches are just the latest attempt to revamp Olive Garden’s menu and marketing as sales at established locations have declined for the past three of its fiscal years. OG spokesman says the breadsticks used for the sandwiches will be a bit shorter and wider than the regular breadsticks.

As with all other dishes, the sandwiches come with unlimited breadsticks.

Olive Garden’s unlimited breadsticks gained attention last year during a dispute with an investor, Starboard Value. Among other criticisms, Starboard said Darden wasn’t being disciplined in its distribution of breadsticks to customers. It also said the quality of the breadsticks seemed to have declined and compared them to hot dog buns.

Nonsense I say—the more breadsticks the better–especially as a sandwich! June can’t get here fast enough.

EXTRA POINT: I can’t stand the Yankees but a Happy Birthday to my favorite pinstriper of all time in Yogi Berra who is now 90 years young. Here’s to a true American legend who has loads of Yogisms but my favorite remains “Nobody goes there anymore because its too crowded” Outstanding