So I pick my youngest up from school the other day and asked her what would she like to do?

“Daddy, I want to go play some games?”

Ok—so we checked out a place a buddy had told me about that I had been meaning to go for months.

The place is called Replay Museum in Tarpon Springs, Florida and I got to tell you folks—this place is my new nirvana.

I don’t play video games today and haven’t for years but I played a lot of them when I was my daughter’s age.  Yes, I knew all the Pac Man patterns and could play Galaga for hours–so this place brought all of us 80’s video game geeks back a ways. A one of a kind place which pulled out all the old school stops. 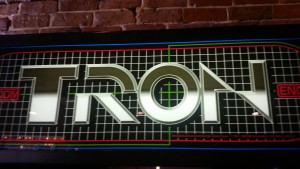 I bet you hadn’t thought about that one in awhile….?

Oh and you had: 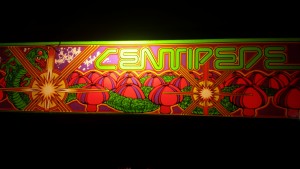 Centipede, every version of Donkey Kong plus a wealth of pinball machines. It was 1981 all over again. 80’s music rocks and so do its video games—both full of one hit wonders! A little disappointed there wasn’t a Space Invaders in the house but this made up for it: 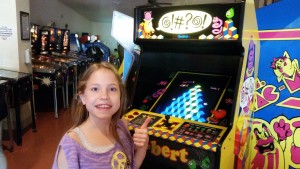 I’m telling you folks in doesn’t get better than this. The best part we didn’t have to go old school and place a quarter on the machine to claim our spot for next game—-at the Replay Museum you pay 20 bucks and you and your child can play UNLIMITED games ALL DAY!

A lot cheaper than a movie and for my money–we had a lot more fun.

My daughter told me on the way home that ‘Daddy, I can download all of these games on your I-Pad?”

A bit of a buzz kill— but there is nothing better than the real thing in a real old school arcade. I’m not sure how many of these exist, the manager told me he knew about one more in North Florida but I can’t wait to go back. 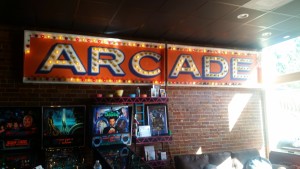 The latest gameage has the better effects and graphics and you know someday soon the next round of technology will probably grab you off of your recliner and pull you into the action—but for my money, I’ll take Q-bert and Pac Man over anything.

A round of Tron our first stop in this run around the Naborhood–we don’t even charge you a quarter for admission.

SPURRIER HYPOCRISY: Well there will never be another Head Ball Coach no way– no how. Steve Spurrier is truly a one of a kind and there are few people with as many layers as this coaching legend.

He was hypersensitive to any criticism yet could dish out zingers to any team and any coach at anytime. The fans ate it up and so did many of us in the media, he liked to call “media boys.” In this day and age of coaching robots behind the mic, hearing Spurrier not hold back was refreshing and often appreciated. 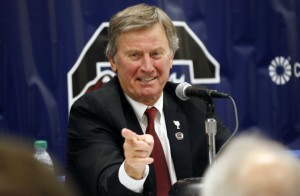 My favorite Spurrier story came from Fred Taylor who told me his best moment with the HBC came at a bad practice early in his Gator career where his coach told him, “Don’t worry Fred its not your fault, we recruited you.”

Spurrier like Rodney Dangerfield “had a million of them” and it was why even during the height of Urban Meyer’s successful run with the Gators–the HBC remained the most popular man in Gainesville and its a title well deserved. He changed the way SEC football was played and amazingly never had a sniff of NCAA issues his whole coaching career–pretty rare air there.

With that said—I do think if almost any other coach quit on his team mid season like Spurrier did on his Gamecocks, he wouldn’t have been celebrated like he was, in fact he would have been condemned.

Can you imagine if Nick Saban or Jim Harbaugh or Les Miles would have had done it—I know the reaction would have been different.

I didn’t agree with Spurrier quitting on his team, he could have stuck it out but he has always claimed his biggest achievement was never being fired. Well he snuck out of Washington and then Columbia before it got ugly, so I guess mission accomplished.

Not a good exit and a bad message from the HBC on the way out but with that said thanks for the memories coach—SEC Media Days will never be the same for a man who was fun to cover and NEVER boring.He made every press conference must see TV–you never knew what was coming next including his surprising swan song.

BASEBALL BLANDNESS: Baseball is my favorite sport but my goodness has the game lost its fastball when it comes to personality. Where have you gone Joe Dimaggio should be updated —where in the world have the characters gone in what once was our National Pastime? 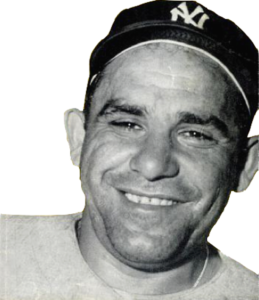 The passing of Yogi Berra got me thinking that there are no fun players to follow in the game anymore? Maybe its the intense social media world we live in (can you imagine Yogi on Twitter??) but when is the last time we heard anything interesting or funny from a MLB player? 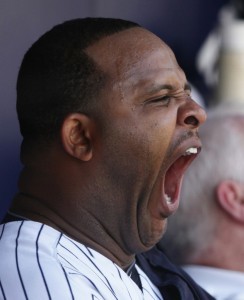 Along those same lines–the game has lost its star power which I think is its own fault. The NFL, with all of its warts, has done a great job of marketing its players.

We feel like we know Peyton Manning and JJ Watt. Which MLB players (and they’re are a lot of great young ones) do you really know much about?

Remember that Marketing campaign, “Chicks dig the long ball”that was a generation ago–1999!  Watch it MLB or you’re gonna lose this generation to soccer? 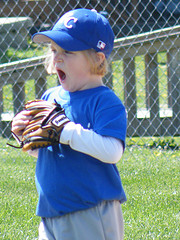 So wake up baseball I love ya but get with the program. Let’s get some personality back in the sport and let’s also make it happen in the broadcast booth.

Does TBS stand for Terribly Bland Sports? Cal Ripken was a great player but puts me to sleep, Ron Darling isn’t exactly Mr Excitement either—we can do better than this MLB!

CUBS CHAOS: Truth be told, the only thing that keeps me going in these baseball playoffs are those lovable Cubbies.

How can you not love Joe Maddon who is at home in Chicago as his most famous predessor was….. 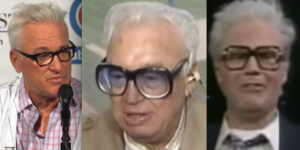 Enough of those bitter Rays fans who are rooting against Joe Magic—you should be ashamed of yourself. Any lifelong baseball man in his right mind would have jumped at the chance for the opportunity for more money for himself and from his team’s front office on free agents. Having the opportunity to team up with  Theo Epstein as a GM for a Cubs team craving for any shred of success? It’s a no brainer.

It all leaves me with mixed feelings though—if the Cubs win the World Series what in the world is this country going to do?

The Red Sox kicked its Curse to the curb and with it their sentimental appeal. If the Cubs win–who will America’s underdog be?

The Cleveland Cavs? A great story with Lebron the hometown boy returning but not the same magic as the Cubs and Sox.

How about the four teams who have never been to a Super Bowl? Jacksonville, Cleveland, Houston and Detroit—maybe the Lions or the Browns but the Jags and Texans must build in a lot more heartache to sniff the Bleacher Bums sentimentality.

Anything from Philadelphia? Sorry nothing lovable about Philly.

I’m rooting for you Cubbies but if you win, you will have left our country with a big national void…..

CREATIVE TAILGATING: Love my friends from BigMouth Inc who you can always can count on for high quality products and no one beats them when it comes to creative tailgating needs.

Here is a sample—how about their Bottoms up Football Mug which shows off your love of the game and beer all in one:

Bring this to your next big game. The Inflatable Football Cooler which keeps all your brews and sodas cool in this fun football shaped cooler. This is the perfect way to bring the fridge to your hot game days:

And we can’t forget about the Football Stadium Inflatable Salad Bar. Impress your guests with delicious snacks in this football themed salad bar. This is a great traveling snack station that’s perfect for tailgating.

Last but not least we give you the popular Beer Belt: Camouflage:

Be the life of the party with this 6-pack beer can or bottle holder belt. Fits waist sizes 30″-54″. Now you don’t have to worry about someone stealing your beer at a party or misplacing it when you hit the restroom!

Bigmouth Inc. products are available in retailers nationwide including Target, Walmart, Toys R Us, Spencer’s and online at Amazon.com.

Also check out their full catalog online at: http://bigmouthtoys.com/CATALOG-VIEW

NOBODY ASKED ME, BUT.…So I have a problem with McDonald’s. I applaud you trying to change but please don’t—you will never be considered an outlet for health food and these days your menu is the size of an Encyclopedia Britannica. 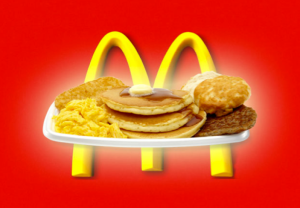 Another thing–stop serving breakfast all day. I know I’m not alone as the only human being rejected by Mickey D’s over the years for missing the 10:00 deadline right? It was tough, but yet it was part of the Golden Arch’s allure.

McDonald’s— be who you are and hold tight what is special. We love your fries, your milkshakes and yes we feel special when we get to make the cut and get to your place for breakfast before 10:00.

EXTRA POINT: So that Trump guy is still leading the polls–c’mon America we’re better than that? Aren’t we……?