But this is a biggie folks—the Naborhood Blog officially turns ten years old this year!  In some ways (thanks pandemic) it seems much longer than that, but I digress.

I greatly appreciate those who have read this from the beginning where the interesting part of writing this once a month is you never know who is paying attention? I’ve received several random reminders over the years whether it’s emails, texts, the occasional phone call, or just a friend bringing it up to me in random conversations—all of the above has meant a lot but honestly, the main reason for writing this blog for so long is the motivation to simply prove I could. You see, like many things in our lives, I feel consistency is the key, and if I can keep writing once a month it will carry over to other aspects of my life.

This was never more true than in 2021—a true turning point in my life.

The pandemic has affected us all in different ways but once I realized (if it wasn’t going away after a few weeks), I really wanted to make a concerted effort to make the most of my spare time. I didn’t want to waste any potential opportunities.

I will always be a sports journalist at heart. It’s been my passion since I discovered at a very young age I wouldn’t be anything close to being a pro athlete–but 2021 caused me to make a pronounced “pandemic pivot” on several fronts. In the past year, I finished my Master’s Degree, started teaching, wrote my first book, and am now deadset on being a motivational speaker.

In a way, this blog was the foundation for all of it.

If I could continuously keep something like this going for years (when frankly many months I felt like giving it up) why couldn’t I use a similar drive to tackle other pursuits?

For years (and I know I’m not alone) I have seen my industry collapsing around me. Many respected peers in the television, newspaper, and radio arenas (at all levels) have been laid off. It’s far from the same dynamic as when I graduated from college in the early nineties–but that doesn’t mean you give up your passion—you’re never out of options—use the skills you’ve acquired over the years to create new ones….. 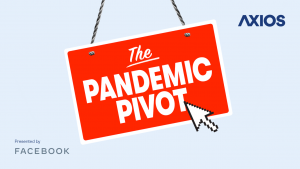 Pivoting is key (even during a pandemic)

It’s funny my 2021 was like a track and field relay where one baton was seemingly handed to the next opportunity I pursued. At the ripe young age of 52, this back-to-schooler worked feverishly to finish his thesis so I could complete my Master’s. This led to my first teaching opportunity but the experience also gave me the confidence I could finally write my first book. (Full disclosure–the mighty thesis was much tougher than the book) but the experience was good for me and the perfect prerequisite. 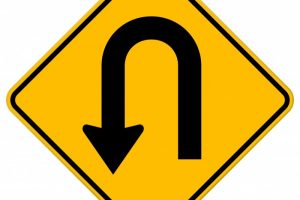 Throughout all of this, I never lost my base and remained a sports journalist covering the NFL while still working on a number of projects within my production company which turns 12 years old this summer. My company started out just solely producing sports projects but over the past decade-plus, we have helped over 50 nonprofits and a myriad of different businesses.

Pivoting over time has created opportunities I would have never dreamed of coming out of college.

Ten years ago when I started this blog I had dreams of teaching, writing a book, and one day getting my Master’s, but amazingly 2021 saw me get it all done in one year. One really motivated me to the next and the next.

This blog was a big reason—it keeps me sharp and disciplined and while I type this having many others things on my mind and several other responsibilities I need to attend to—I will remain loyal to it.

Honestly, it’s a great feeling finishing these entries— even though some months are much tougher than others.

No matter how old we are or how different our respective careers are—it’s never too late to pivot–even if it’s a pandemic pivot!

“Pandemic pivots” the first stop in another few laps around the Naborhood. As always, I appreciate you stopping by!

STORE BOUGHT RAMS/BUCS: One of the big reasons I love my Tampa Bay Rays is they do it the old-fashioned way—they earn it. They don’t have to throw money at players, they simply outwork, outsmart and yearly outmaneuver the likes of the routinely free-wheeling Yankees and Red Sox—it’s rare in sports and it’s great to see!

It’s ironic in the same market, the football team has succeeded with a polar opposite approach. The once lowly Bucs who went decades without sniffing the playoffs reeled in the big kahuna, Tom Brady shocking the football world. With Brady, came Gronk, Leonard Fournette, Antonio Brown, and eventually a Super Bowl and an NFC South title.

Was it worth it? The Goat on the Boat….absolutely! 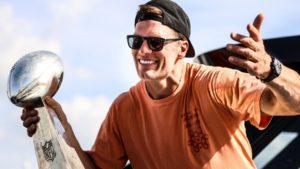 Is it my favorite formula? Absolutely not.

The Bucs (like the now Super Bowl-bound LA Rams) are a rarity in the NFL–they are store-bought teams.  The Rams unloaded their draft for the next few years in exchange for quarterback Matthew Stafford which led to future Hall of Famer Von Miller on the d-line and uber-talented Odell Beckham.

They are all in—and it paid off.

But with no dog in the fight–I love Cincinnati’s road to the Super Bowl much much more. The once lowly Bengals are anything but store-bought — they killed it in the draft by finding this generation’s Joe Montana in Joe Burrow and have drafted well around him while plugging many holes with smart moves in free agency.

Unlike the Bucs and Rams, the Bengals are built to last while the salary cap monsters are ready to swoop in on Tampa Bay and Los Angeles who are both headed for rebuild mode soon.

There are no wrong answers here, just a personal preference and mine is Bengals over those store-bought franchises. The same reason I like the Rays over the Yankees and Dodgers of MLB. MLB needs a salary cap, the NBA needs to lose so many power teams—neither league has stories like the worst to first Bengals. It’s why the NFL is king!

FIX OVERTIME: While the NFL leads the way, it’s far from perfect. One of their warts is their ridiculous overtime format where you can’t end a classic game like the recent Chiefs vs Bills with only one team touching the ball??! I’ve heard many say well your defense has the opportunity to stop them? I think this is short-sided. With so much on the line–let’s make this simple and frankly more fair and exciting—give “both” teams possession and then take it to sudden death! 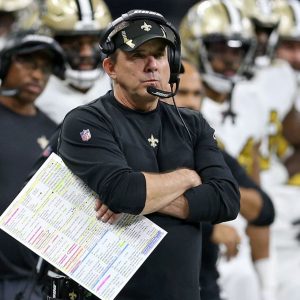 SEAN PAYTON SALUTE : It’s funny, I’ve covered every game of Sean Payton’s coaching career but still came to appreciate him more when he recently retired. What Payton did for a Saints franchise coming out of Katrina may never be duplicated again. I believe Drew Brees wouldn’t have been a future Hall of Famer without him and while I think he will jump into the media for a while and will coach again—I think if he didn’t return, he would still be a Hall of Famer. Payton finished his run in New Orleans with the same amount of Super Bowls (1) and wins as Hall of Famer Bill Cowher.

OVER AARON RODGERS: I don’t know about you but while I appreciate this guy’s play, I am so over him and his back and forth with the Packers—either stay or go—I can’t take it anymore.

GREAT PODCAST: I get it, there are so many podcasts, everybody has a podcast– but some are really above the fray. I think one of the rising sports media stars is NFL Network’s Kyle Brandt. I respect how he is knowledgeable but mixes in just the right amount of humor and pop culture into much of his work. He has an interesting background as the Princeton graduate came on to the national scene as a reality star on MTV’s Real World, made a pit stop as a soap star on Days of our Lives, and then for years produced Jim Rome’s radio show before debuting on the NFL Network… 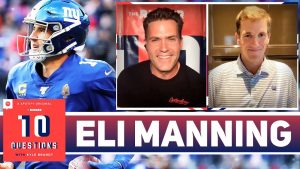 His diverse background serves him well in his “10 questions with Kyle Brandt ” which touches them all. Sure Brandt talks to many athletes but also brings in many from the entertainment world. I have always believed most actors and athletes crave being asked different questions and Brandt delivers. He also tests them every round which makes this a great listen which brings out stories never heard before. Each episode is well over an hour. 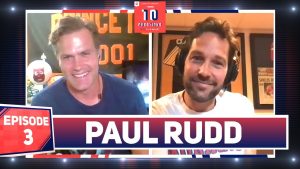 I heard a recent “10 questions” with actor/comedian Paul Rudd who went off tangent when talking about his days as a young DJ where he bumped into Neil Diamond. Rudd was playing “Everybody Wang Chung tonight” and approached Diamond and then asked was he having a good night? and more importantly are you Wanging Chung tonight? Diamond replied, “I try to Wang Chung every night!” I don’t even know what that means but it’s great stuff—you get something great and different every time with Brandt’s 10 questions, highly recommend it!

NOBODY ASKED ME, BUT: It’s funny where I’m guessing I’m not alone here but aren’t you watching less and less mainstream TV? The streaming numbers were boosted by the pandemic but we were all heading in that direction anyway.

It’s a little weird but two by two favorite shows feature two casts of people I really don’t like but can’t stop watching?! 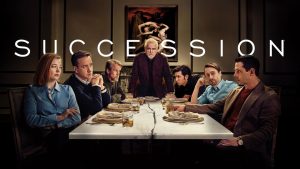 First up, you have HBO’s talented cast in the superbly produced, and wonderfully written, “Succession.” It’s a story of the dysfunctional Roy family tripping over themselves from all directions to take over Daddy’s fortune which comes in the form of Waystar RoyCo, a global media and entertainment conglomerate. A lot of unlikeable characters here but at the top of the list is the family patriarch Logan Roy who may be a successful businessman but is a horrible father. I’m a little late to the party on this one but have finished up season one and looking forward to what’s ahead. 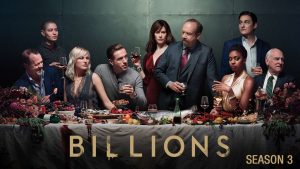 I recently just caught up with another show chock full of backstabbers and flawed human beings, Billions. It still never disappoints. What makes this show unique is each week you can’t choose which main character you disliked more. On one side of the ring, you have  Damian Lewis’ hedge fund manager Bobby Axelrod going toe to toe with Paul Giamatti’s United States Attorney Chuck Rhoades for who could be more conniving and corrupt. Both are such great actors!

The tough part of this show is Lewis opted out of the final season six leaving Chuck Rhoades with a new foe in Mike Prince. So many great characters in this one from Chuck’s ex-wife Wendy, of course, Wags and “Dollar Bill” and it’s interesting the daughter of Ahmad and Phylicia Rashad, Condola Rashad is great in her role as attorney Kate Sacker.