The month of July stands for Independence in our country.

Sure you have our country’s birthday, we all love that—we just got carried away after the fourth.

Talk about your unneeded fireworks…….

Not sure who celebrated their freedom more—this guy? 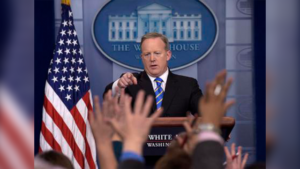 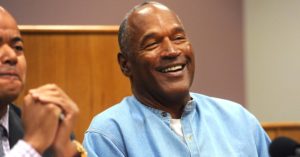 I don’t like to get political here, but whatever your party of choice is–can we agree Trump’s fired Press Secretary Sean Spicer had to feel good about his independence?  Can you imagine having his job the past six months?

As for O.J., well can we all now officially declare our independence?

Upon his recent parole, I asked my 12 year old daughter if she had ever heard of O.J. Simpson and she hadn’t.

I wish we all could be as fortunate.

I understand the media is driven by ratings but count em (23 years) after the infamous Bronco car chase—O.J. amazingly remains a draw–his parole hearing carried the weight of being the lead story that day for all three major networks where many broke in live to hear his parole hearing? It’s like television rubbernecking, people just can’t look away. 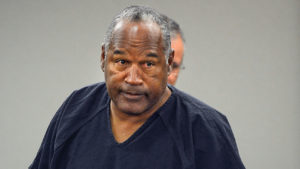 If it wasn’t crazy enough to hear the arrogant Simpson say things like, “I’ve done my time,” or “I’ve led a conflict free life,” and say it with a straight face—now the real troublesome part will come.  Who chases the Juice down for the “big interview” or heaven forbid gives him another chance to host a TV show or remake his image?

The biggest punishment for O.J. Simpson is for all of us to ignore him, but it will never happen. Just like many can’t look away from “US” magazine and the National Enquirer at the grocery store, the same applies for America’s most guilty pleasure.

C’mon America, aren’t we better than that?

“Gaining Independence,” the first of many topics in this summer jog around the Naborhood, as always thanks for stopping by……

FOOTBALL’S FUTURE: While we’re all excited about football season cranking up again, at the same time, it seems we all need to get our priorities straight about the future of the sport.

While SEC Media Days, NFL Training Camp hype and the future of lighting rod quarterback Colin Kaepernik’s future dominated our headlines the past few weeks—one story was prominent but not prominent enough.

An extremely troubling recent study published in the medical journal JAMA found Chronic traumatic encephalopathy, popularly known as CTE was found in 99% of deceased NFL players’ brains that were donated to scientific research.

How is this not getting more publicity than Odell Beckham Jr wanting to be the highest paid player in the NFL?

The study discovered out of the 202 deceased former football players researched — a combination of high school, college and professional players — CTE was diagnosed in 177, the study said. The disease was identified in 110 out of 111 former NFL players.

Some of the notable names include documented cases of past NFL players such as Ken Stabler, Kevin Turner, Bubba Smith and Dave Duerson. 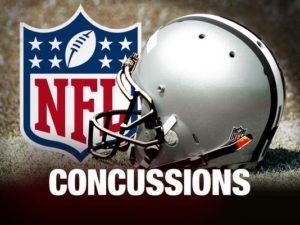 It was also found in three of the 14 high school players and 48 of the 53 college players.

The story gets worse, a lot worse as the NFL isn’t pulling it’s weight.

The league has put on a great public face and said all the right things but once again NFL Commish Roger Goodell ,who should have fired years ago, again is proving to be the ultimate hypocrite. Nearly five years after the league said it would contribute $30 million dollars to the National Institute of Health for brain research, we recently learn at the end of August, the partnership is set to expire—with an amazing 16 million of the money still unspent. Are you kidding me? 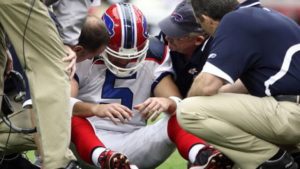 “NIH officials decided months ago to let the agreement expire in August with more than half of the money unused, following a bitter dispute in 2015 in which the NFL backed out of a major study that had been awarded to a researcher who had been critical of the league,” ESPN reported this week.

This is shameful and concerning. It also should be bigger news than if Ezekiel Elliott will be suspended for the Cowboys or not?

CRAZY SALARIES? The NFL has plenty of issues and its players have to be going crazy watching the NBA free agent frenzy this summer.

Think about this, Raiders quarterback Derek Carr a good up and coming star became the NFL’s highest paid player (in history) this offseason, signing a 5 year 125 million dollar deal .but only 70 is guaranteed.

Not that I’m feeling sorry for Carr, but to put in into perspective, an eye opening 19 NBA players will make more than Carr currently and they’re money is ALL guaranteed.

Walking down the street could you recognize, New Orleans guard Jrue Holiday?  How about Memphis guard Mike Conley or this guy below…. Utah Center Rudy Gobert……? 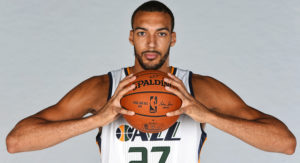 I couldn’t and guess what ALL of the above will make more than Carr and will get to keep all of the cash in their respective deals.

I know those NBA TV deals are great but this is like Gilbert Gottfried making more money than Robert De Niro.

According to The Bleacher Report’s Steven Ruiz, the NFL makes about $6 billion a year. There are 1,696 players on NFL rosters at any given time. That is about $3.5 million per player. There are 450 players on NBA rosters at any given time. The league brings in about $2.6 billion a year. That works out to about $5.7 million per player.

I get it the NBA has less mouths to feed, but NFL players deserve more especially when you consider the average career is just over three years.

ICE ICE, ….BABY! You know who else has a better long-term deal than NFL players, the one and only Vanilla Ice. I discovered recently, Ice is quite the contrarian–you thought he was a one hit wonder right? Well think again.

In an interesting and revealing recent interview with the best interviewer in the business Dan Patrick, Ice (Rob Van Winkle) says he’s sold 160 million records and claims his “To the Extreme” album released in 1990 STILL sells two to three million worldwide copies a year now 27 years later. The guy is huge overseas. 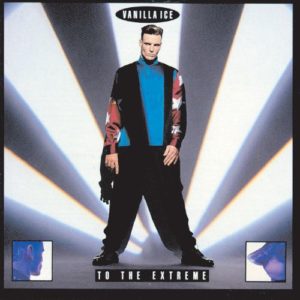 Ice delivered Patrick several interesting nuggets in his colorful life back in his nineties where he dated Madonna for over a year but denied the hyped up story that Suge Knight held him over a balcony?! How bout this–Ice remarkably owns the blue cadillac made famous in the movie 48 hours. He overcame copyright lawsuits with David Bowie and Queen (“Under Pressure”) to eventually get a hold of his publishing rights. 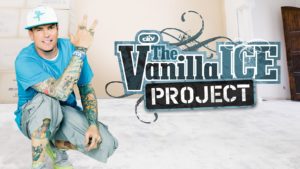 The most impressive part of Van Winkle’s story is how he’s been a success in his second career in the world of renovating houses. His show,”The Vanilla Ice Project” is now in it’s seventh season where the DIY network may shoot Ice renovating homes but he puts all of his money into each project.

He admits to still getting a lot of strange reactions from his current clientele who thought he fell into oblivion but unlike A-ha or the Baha Man—Vanilla Ice keeps on rolling.

NOBODY ASKED ME, BUT……I’m not a Game of Thrones fanatic (not a hater, just have never seen it and now maybe too far behind to ever catch up?!) My HBO guilty pleasure has been the fascinating documentary series,”The Defiant Ones” which chronicles the unlikely bond between music legends Jimmy Iovine and Dr. Dre. 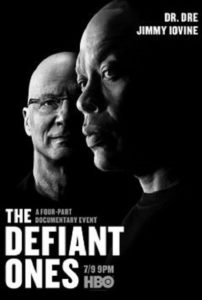 Filmed over a three-year period by director Allen Hughes, the four-part documentary traces the rise of two tough kids — Iovine the son of a Brooklyn longshoreman, Dr. Dre straight out of the streets of Compton, Calif. — through an unlikely business until their paths crossed in the late 1980s, leading to these contrasting personalities negotiating one of the biggest deals in music history.

The best part for me are the stories of the unbelievable talent both Iovine and Dr. Dre touched. How bout this lineup which includes the likes of  Bono, David Geffen, Eminem, Ice Cube, Gwen Stefani, Jon Landau, Tom Petty, Snoop Dogg and Bruce Springsteen.

Great behind the scenes access like you’ve never seen and the best part for me is learning how many of these artists come up with ideas and how hard they work—really fascinating stuff.

I can’t wait for the next one.

EXTRA POINT: So the Cubs are gonna give Steve Bartman a World Series ring? Only in America Baby!