For the big things in our lives, we remember how long we’ve had them.

But other important things fall through the cracks.

Recently, I finally had to do it—get rid of a friend who’s had my back for many years.

Yes time to say goodbye to my wallet. We’ve been through a lot together but no offense my friend, I forgot when we first met? 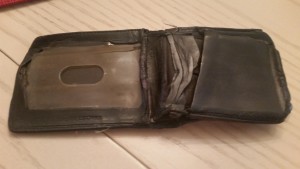 I swear I’ve had this wallet forever—maybe before my kids were born and my oldest is now 14 going on 25.

I think I may have purchased it during the last century?

It’s endured many trips to the beach, the airport security line and been stuffed with too many business cards and receipts for future expense reports….. 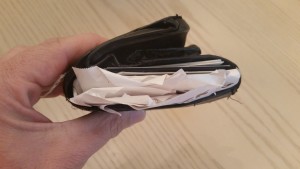 So unlike my kids, my car or my house, I have no idea how old my old wallet is but its time to say goodbye my old friend, may he rest in peace.

Breaking in new wallets, our first stop in this trip around the Naborhood, as usual—thanks so much for  stopping by.

ALI’s LEGACY: 2016 just continues to disappoint us almost on a weekly basis. This year has said goodbye to many of the greatest musicians in every genre, and now we simply have lost the Greatest himself.

So many things have been said about Muhammad Ali as his loss is felt by millions, but my feeling on such a one of a kind man is what could have been? 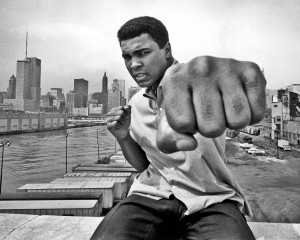 Can you imagine his impact if Parkinson’s hadn’t taken away his ability to speak much of the past 30 years? He was such a dynamic, well spoken and impactful voice–it’s amazing how he touched so many lives without being able to talk over the last few decades of his life.

As much as Ali gave us early on, can you imagine the great moments we missed out on.

Its ironic that Ali will be remembered for winning when losing was such a big part of his life. He lost three years of his prime for protesting the Vietnam war and then lost so much to health at the end, yet the amazing thing is he always came out a winner and ultimately a legend. 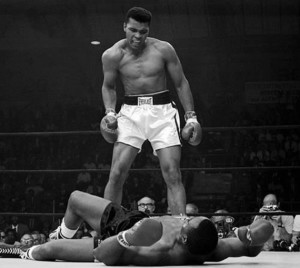 Pretty powerful lesson there and it’s the reason there will never be another athlete like him. I don’t fault current athletes for not speaking out politically–it’s often a private matter and can alienate many—but in the same breath, you gotta tip your cap to Ali for having the courage to do so.

BARRY & SAPP: I never had the chance to meet Ali but will never forget my first meeting with THE the one and only Barry Bonds. I was a 24 year old rookie reporter covering the NLCS in Atlanta between the Braves and Bonds’ Pirates back in 1992.

Even back then, Barry didn’t like the media, was brash, cocky and often rude. But being a young reporter in a small market, I figured I had nothing to lose and approached him for an interview during batting practice.

I said Barry, “Can’t I get a few questions?” He looked at me somewhat surprised and said matter of factly, “Shoot”

So I did and after a few questions—all of a sudden I looked around me and my brief one on one turned into a mini version of ESPN’s Sunday Sports Reporters—after he answered a few of my questions, many national scribes were in our midst—I think he liked talking to a young no-name while still ignoring the national media—it was something Barry did his whole career. 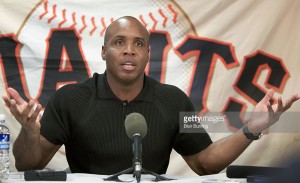 To his credit, these days he regrets it. “It’s on me. I’m to blame for the way I was [portrayed], because I was a dumbass. I was straight stupid, and I’ll be the first to admit it,” Bonds told SOE’s Terence Moore in remarks offered last week.

“I mean, I was just flat-out dumb,” he continued. “What can I say? I’m not going to try to justify the way I acted toward people. I was stupid. It wasn’t an image that I invented on purpose. It actually escalated into that, and then I maintained it. … No one wants to be treated like that, because I was considered to be a terrible person. You’d have to be insane to want to be treated like that. That makes no sense.”

Refreshing comments from Bonds who I believe unlike many of the Steroid Era was a Hall of Famer before his PED use and should be in Cooperstown. Maybe those comments were to get him in, we’ll probably never know.

WHAT A SAPP: I never thought I would type this but Warren Sapp should heed the advice of Barry Bonds. Sapp who was the toughest athlete I’ve ever had to cover still doesn’t get it and it’s clear doesn’t care.

After several arrests which cost him every network TV job he’s had, Sapp also has filed for bankruptcy but after losing it all and alienating most everyone around him for years—the big guy can’t even be nice when a young athlete complements him.

Ravens defensive tackle and former FSU star Timmy Jernigan grew up idolizing he the former Bucs star and simply wanted to change his number to 99 in honor of Sapp but instead of being honored, Warren continues to be well, a Sapp. 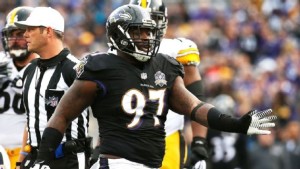 Sapp says on Twitter “how do I stop this??

Oh it gets better–when asked about it by Mark Cook of the Pewter Report  Sapp says he was hurt Jernigan never called him once he gave him his cellphone number. Unbelievable…..

Sapp’s birth certificate says he’s 43 and Jernigan’s says 23 but the young guy is much more mature saying he wants to be the better person here.

“Every now and then, you come across those type of people in life,” Jernigan said. “I just can’t worry about that. I’m not worried about that guy. I’m not changing my number. And if you don’t want it to be about him, it doesn’t have to. At the end of the day, it’s just a number.”

Memo to Warren—its OK to take a complement. It’s further proof Sapp will always be a Hall of Fame player but never a Hall of Fame person –what a shame for a man who could have owned the city of Tampa and it’s fan base…..

Barry Bonds woke up, not sure if Sapp ever will.

NATIONAL TREASURE: Saying goodbye to Muhammad Ali was emotional for many and further proof that our sports heroes can’t live forever but there is one huge exception.

How about the run for the best baseball play by play man of all time Vin Scully. Soak up this legend while you can folks as he is wrapping up his final season calling Dodgers game. 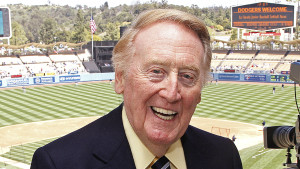 You talk about unbeatable streaks in baseball—move over Cal Ripken—no one will ever match the run Vin Scully has emassed where he has called games for one team for….. …67 years??!

How bout these numbers in the unprecedented “Scully Streak” where he has called:

*Half of the Dodgers games…ever

The secret to his professional success? Scully served it up to Sports Ilustrated’s Tom Verducci in a great recent profile. ” I guess my biggest fear ever since I started, besides the fear of making some big mistake, is I never wanted to get ahead of the game. I always wanted to make sure I could push the game and the players rather than me. That’s really been my goal ever since I started-plus, trying to survive.”

It’s amazing how the most successful people in this world are usually the most conscientious, humble and hard working—Vin Scully sure is all of the above.

NOBODY ASKED ME, BUT—Well its another year of school in the books and it hits all of our households in different ways. I can’t imagine watching either of my girls graduate from high school and how emotional it will be taking them to college..

Fortunately, I have a few more years before that hits me. This year my ladies both hit their own milestones though—my oldest will be in high school next year while my youngest will be leaving the elementary ranks. 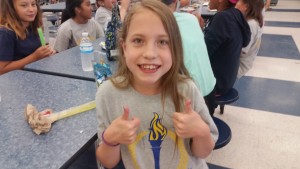 Sad to have no more time with my girls in elementary school. No more riding our bikes to school, reading to their class, silly homeroom activities—I loved all of it. 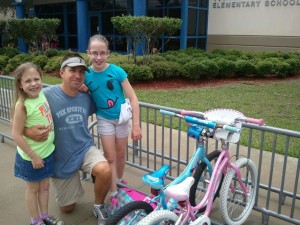 So if you’re sad you’re child is leaving preschool and heading to the big elementary school around your block–trust me–you still have a lot to look forward to.

EXTRA POINT: I’ve never had anything but respect for Lebron James but man is their a more exciting athlete today than Steph Curry…..?