We are living in crazy times where you get to a point where nothing surprises you anymore….until it does?!
And then it really does….. 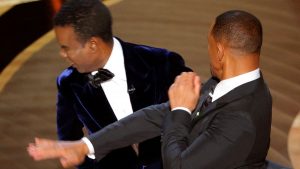 I still can’t believe it.
How on earth does this happen?? and how did the Oscars go on like they didn’t?
Amazing times we live in.
Full disclosure,  I love Will Smith’s work where honestly don’t believe there is anyone like him. Can you think of another career like his?
His well-rounded resume includes his beginnings as the Fresh Prince, then he got “Jiggy with it” arguably his biggest hit from part of five studio albums, and then you have his unbelievable movie career.
It’s rather remarkable.
Who has better range than Will Smith? He can be the leading man in Men in Black and Independence Day and on the other side of the acting spectrum plays Ali and in my opinion, his best role was portraying the down on his luck, rags to riches Chris Gardner in Pursuit of Happyness —what a performance. 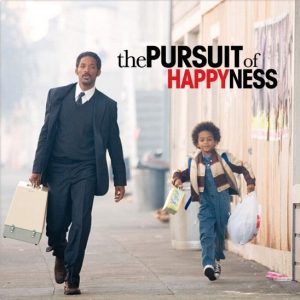 But what I did see from Will Smith this month was not only shocking, it was so disappointing on many levels. How on earth does he just sit there the rest of the show, and how does the Academy allow it to happen?
This was unprecedented, but such behavior is why people dislike the Oscars–where it’s often superficial and over the top. Smith personified both stereotypes by not only his ridiculous slap to Chris Rock but his contradictory “I want to be a vessel for love” speech and then his tone deaf dancing at the Oscar parties afterward.
Does this guy have a conscience? It was troubling.
I wasn’t watching the Oscars but found out via social media and first thought–this has Hollywood written all over it–no way is this real—-but the crazy part is it was.
The crazier part is no one held Smith accountable. In fact, it was the opposite. Following the infamous slap and a series of obscenities at Rock, Smith was ultimately applauded after bringing home the first Oscar of his career, which will forever be the back story.
An “extreme” comparison to me would be a baseball player being heckled by a fan, he proceeds to go slap him, only to return to the dugout and then a few innings later hit a game-winning home run and receive a standing ovation.
That would never happen—but something close to that happened during Oscar night….simply insane.
Granted, in my sports scenario, the player didn’t know the hypothetical fan like Smith knew Rock and didn’t have a history with him telling jokes about his wife, but you know what….it doesn’t matter! You simply can’t do this and the “academy” looked just as bad by not holding the actor accountable.
Sorry, Smith has to have more “Will” power and should have been shown the door after that embarrassment.
Think about this–if somebody had told you at the beginning of 2022, the following would happen—which would you have been “most” surprised by?
(1) The Bengals will make the Super Bowl
(2) Tom Brady will retire and then unretire
(3) At the Oscars, Will Smith gets out of his seat, goes on stage and slaps Chris Rock in the face? Intentionally.
I think we all would have selected door number three….I still can’t believe it.
My take on the O”scars” is the first stop in this month’s journey around the Naborhood. As always, thanks for stopping by.
GLADWELL’S BLINK: I have a problem I’m sure many of you can relate to, so many books, so little time. Recently, I tried to cut into my seemingly neverending pile and make some headway when I revisited an old friend, my favorite author, Malcolm Gladwell. After reading the majority of his books, I noticed recently I never read his second release, “Blink, The Power Of Thinking Without Thinking.”
Gladwell delivered again just like he did with classics such as  Outliers, The Tipping Point, and David vs Goliath. What separates Gladwell is his range and how he brings a variety of subject matter together with one theme. For example, in this book, which was centered around the dynamic of “snap judgments” Gladwell incorporated  art, leadership, the movies, and mind-reading, just to name a few examples. 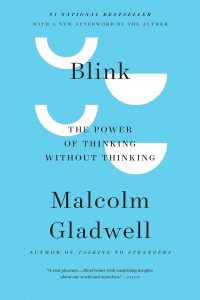 Blink is a book about the first two seconds you observe something. It examines what goes on in your brain and how you react to various situations in that time period.
The book provides three major tenants. First, decisions made very quickly can be as good as decisions made cautiously and deliberately. It delves into when we should trust our instincts and when we should shy away from them? According to Blackwell, the most important tenant is to convince yourself that our snap judgments and first impressions can be educated and controlled.
Interesting dialogue that only this author can bring—this is an oldie but a goodie —I highly recommend it.
A UNIQUE GESTURE: After each professional season, we see it all the time–several coaches and general managers get fired. Usually, they are well compensated but often, I wondered what they do with all of the gear they have been wearing for years, some many, many years.
I’ve heard a variety of options where some put it away in the attic, donate it to charity, or simply leave it behind but recently fired General Manager of the Las Vegas Raiders, Mike Mayock had a different plan that I thought was outstanding. After getting let go, he gathered all of the gear he had accumulated over three seasons, got into his car and stopped by the local fire station, and promptly donated the vast majority of it to his local firefighters. 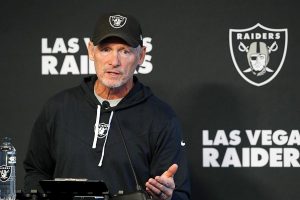 “I took about 90% of it, before we left Vegas, and I drove down to the local fire station, and I knocked on the door,” said Mayock. “And I didn’t know anybody, I just knocked on the door, and this fireman answered the door, and I said ‘Listen, it might sound silly, but I just got fired as the Raiders GM.’ And I had two huge bags with me, like trash bags, and I said ‘I got all this brand new gear and I think some of you guys might like it, or you can give it to the community, but I don’t need it anymore.’ And the guy looked at me like I was crazy, and he said ‘Well, I think you better meet the chief’. He took me into the chief. And I’m dragging these two big bags of crap in to meet the chief. That’s what I did with my Raider gear.”
Nice job Mike Mayock–both creative and ultimately could set a nice trend moving forward?
NOBODY ASKED ME, BUT.….It’s hard to believe, but it was nearly 17 years ago that my youngest daughter came into this world, but her entry was much earlier than expected—you see Ally Nabors arrived three months early and only weighed three pounds. While she had some slight heart problems early, luckily, she only got stronger over time, and I couldn’t be prouder of her today. 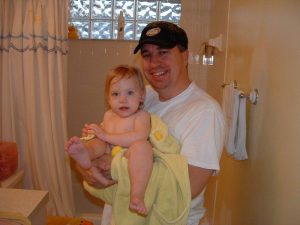 I always kid my baby girl; she came into this world three months early, but was savvy enough to wait a day so she wouldn’t be an April Fool! Her April 2nd birthday is a reminder of how lucky I am to have such a special gift that keeps on giving. She is selfless, rarely asks me for anything, is a great student, and works so hard. 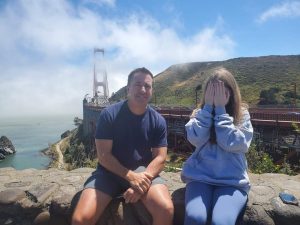 My only complaint is I wish she would take pictures with me, but as you see, we have learned to compromise. (I give her a few more years and I think we’ll take normal pics again?!)
EXTRA POINT: March Madness is coming to a close, and I find it amazing that Duke and North Carolina have “never” met in the Big Dance—that is incredible. Well, that all changes this year when they will meet in the Final Four—to add to the drama, if the Tar Heels win, they would give the legendary Mike Krzyzewski both his last loss (at Duke) and subsequently a loss in his last game. That would be a tough pill for any Dukie to swallow, I’ll be rooting for Coach K.
UNTIL NEXT BLOG,
Mike Nabors
@mikenabors
PHOTO CREDITS: People magazine, Sky News, Amazon and Las Vegas Sun.