The tired cliche “Nobody’s Perfect” is filled with imperfections.

Nothing wrong with these fish back in 1972…. 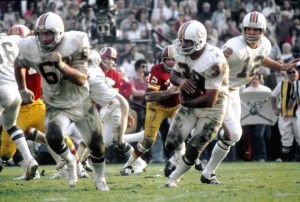 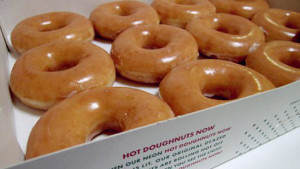 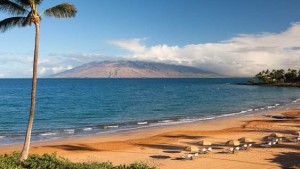 Don’t tell this Maui postcard that “Nobody is Perfect”, you get the idea. Sometimes things are perfect, its ok, let’s soak it in when we get the rare air.

The University of Kentucky was very Krispy Kreme and Maui like for its first 38 games of the season until they lost in the Final Four but they personified to me all the “imperfections” of the once great game of college basketball.

I loved the Wisconsin team which was everything the Cats weren’t. The Badgers were built on upperclassman and I hated them losing to a pack of Dukies who are stockpiled with One and done’s. Sure afterwards Head Badger Bo Ryan caught heat for saying he doesn’t “rent players” –but I understand his frustration and respect the way he builds and rebuilds his program. I also appreciated his honesty.

March Madness will always be great but it could be so much greater. Let’s slam dunk the one and done and adopt something close to those college baseball rules. The kids can play pro if they want out of high school but if they go to school—-they should stay at least two years. It would be better for the NBA, better for the college game. Better for the fans as we can remember players like Frank The Tank and allow the Duke and Kentucky guys to play in our living rooms for more than 5 minutes.

We finally fixed college football with a playoff, time to give college hoops the assist it truly needs.

Always striving for perfection—our first stop in another imperfect jog around the Naborhood—as always–thanks for stopping by.

ONIONS! : Ok, it was a great NCAA Tourney this year but what made it even greater was Bill Raftery. I love him calling games as he’s not grouchy like Billy Packer used to be, not as condescending and dry as Bob Knight and not as tired as Dick Vitale.

I used to love Dicky V and he’s a great guy in person, but its like listening to the same overplayed Maroon 5 song on the radio. The PTP’r very often dribbles away from the action too. I loved “Awesome Baby” in 1989, not as much in 2015. 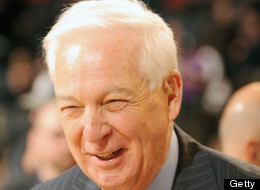 Listening to Raftery is like sitting at a bar (and yeah he loves the bars) where he knows the game and knows when to add his go to lines “the kiss” and his best “onions” for those clutch shots. Funny, timely but not overdone.

The only thing I didn’t like was squeezing Grant Hill in with Raft and Jim Nantz. Hill is smart and smooth but I thought he was boring and in the process gave us less Raftery—never a good thing.

FALLEN STARS: Baseball doesn’t have any one and done’s but where are all the stars?? I went to a Rays game the other night and I follow the team and still hadn’t heard of many of the pitchers and a few position guys.

It doesn’t stop there.

Think about it—besides your favorite team–how long would it take you to fire off 10 players around Major League Baseball? 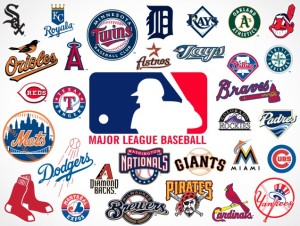 Its a lot harder than it used to be.

With Derek Jeter out of the game, who is even the face of baseball?

Its sad when the best player in baseball isn’t even a household name to many fringe fans.

I know many baseball fans like me who grew up loving the game in the 70’s and 80’s– we could rattle off EVERY starting lineup. The game was different then as players stayed on the same teams for years but even with all the current movement, I don’t see any stars like we used to have.

Everybody has heard of A-Rod, but who wants to pull for him?

MCDONALDS: There isn’t a Big Mac like presence in baseball and those Big Macs aren’t selling like they used to either. It’s amazing how far McDonalds has fallen in recent years.

According to a recent study by consultant Brand Keys’ survey of 3,000 U.S. customers, including 1,000 each for so-called Baby Boomers, Gen X and Millennial age groups, customers across different ages are abandoning fast food chains for fast casual players, and for different reasons. The richer baby boomers are placing a bigger focus on health and “quality food,” while the Gen X group sees fast casual chains like Panera PNRA now just as capable of providing speedy service. 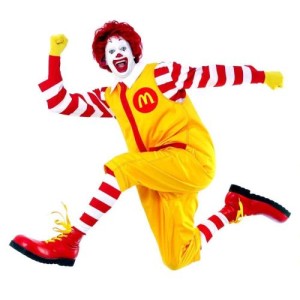 For the younger Millennial customers, the survey found more than half of them consider traditional fast food chains “dollar food,” and 89% of them said they look for fast casual food they see as “tastier, healthier and more customized,” than fast food, and said they are willing to pay more for them.

You know what McDonalds needs to do? How about being the McDonalds we grew up throwing money at. Stop trying to be so politically correct? You were successful when you were our guilty pleasure, not as a current disguise for so called “healthier food.”

I don’t go to BBQ joints to cut calories, same deal for the ole  Hamburglar.

Many fast food places like Chick Fil A are successful with great service and a simple menu–McDonalds has WAY too many items and change their focus so much, they don’t even know what they are doing anymore.

Sure Five Guys, and In and Out are on your heels but stick with your core Mickey D’s and keep your Happy Meals–Happy not so Healthy.

I don’t go to McDonalds a lot but whenever I did in the past it wasn’t to save calories—that was never the appeal. They seem to have forgotten that.

By the way–NOBODY has better fries than the golden arches…just sayin.

THE LOWE DOWN: McDonalds is having trouble keeping up with the times but that Rob Lowe guy is proving to be the Dick Clark of our generation—the guy doesn’t age and continues to get great work.

I enjoyed his recent run of DirectTV ads but now those are going by the way side.

Following a Comcast (CMCSA) complaint, the Better Business Bureau this week recommended that DirecTV (DTV) discontinue its campaign because many of their claims are bogus.

DirecTV clams in the spots that its service gets 99% signal reliability, up to 1080p HD programming, better picture and sound quality than cable, more sports programming than its rivals and shorter customer service wait times than its cable competitors. It also said it was rated No. 1 in customer satisfaction. 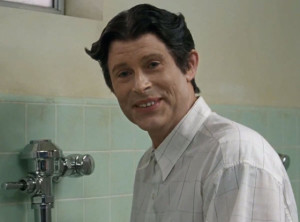 At the end of the commercials, the normal, DirecTV version of Lowe says, “Don’t be like this me. Get rid of cable and upgrade to DirecTV.”

In most cases, the Better Business Bureau National Advertising Division review board agreed with Comcast and urged DirecTV to pull or modify the ads.

For instance, the NAD found no supporting evidence to substantiate the “far less attractive” Rob Lowe commercial’s claim that DirecTV has better picture and sound quality than cable.

Rob Lowe weighed in Twitter, defending the ads: “Recent events have underlined my belief that for something to be truly original, funny and subversive, there must also be fallout. #Life”

You know Mr St Elmo’s Fire will land on his feet, the guy always does. Not sure about the “super creepy” Rob Lowe, its gonna be tough for him to bounce back.

NOBODY ASKED ME BUT: College football seems to entertain us year round, but this spring the new gator and the old gator just need to shut up.

This from the same coach who when hired, said “he could win with my dog Clairibelle”

When told about the lack of lineman comment, Muschamp replied while interrupting a reporter asking the question saying , “He said he could coach a dog and win. Heck (does he) like the dog better than the players.”

Hey Clairbelle, you’ve only been in Gainesville for a few months—let’s stop making excuses and as for Muschamp why don’t you just appreciate the fact that two SEC schools are paying you millions.

Too bad Auburn and Florida don’t play each other this year during the season…..maybe in the SEC Championship Game? Stay Tuned

EXTRA POINT: Very excited about the upcoming Van Halen tour if and only if David Lee Roth takes the band aid off his nose and sounds better than he did on the Jimmy Kimmel show—hope that’s was just batting practice Diamond Dave? If not does the lead singer have a son as talented as Eddie’s who can step in? We can only hope.