Lots of overrated things in our country. 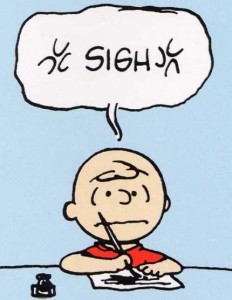 I love the NFL Draft and follow its every move but can’t get excited about a bunch of high school kids signing the dotted line . Every year its just a big tease and for the most part an inaccurate symbol of future success.

Tom Brady, Russell Wilson,Malcolm Butler and Julian Edelman—-no doubt NONE of the above were ballyhooed as five star locks–hence the problem. We could say this every Super Bowl with a few exceptions along the way.

Its no secret, many five star studs quickly turn into duds—its an unfair label to the schools fan base and often to the players as it brings many times unrealistic expectations.

Signing Day spells the difference between football players and the best athletes out there to deal with—those hockey players. Hockey Players for the most part aren’t worshipped since they were in the 10th grade and were ignored until they make it to the big time—–you can tell when you deal with them as professionals.

But many football players have huge egos and who could blame them—they have been smothered since they were five star athletes in high school. 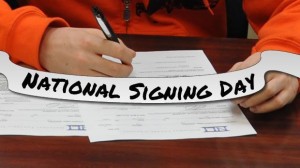 Let’s curb our enthusiasm and let kiddos be kiddos. Stop televising the Little League World Series and please stop blowing up these pen to paper press conferences on National TV.  It will be better for the players and in the end, better for the colleges.

National “Sigh”ning Day—our first rant in this week’s trek through the Naborhood…as usual thanks for stopping by.

FOR PETE’S SAKE: OK, OK, I get it Seattle should have run the ball when they had the Patriots against the ropes. While I agree with the second guessing, I get a kick out of it. If the pass works, Pete Carroll is lauded for being an out of the box coach but instead we now know the unhappy ending and his many critics are piling on. 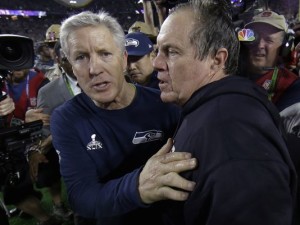 Hey say what you want about Carroll, but I give him the upmost credit for being a great sport. I don’t know ANY coach in the NFL that would have handled the postgame aftermath any better. I saw him do countless one on one interviews with every network where he didn’t snap at one single question.

Can you imagine how Belichick would have handled that??? Or Parcells or even a Jimmy Johnson or Tom Coughlin?

*Tom Brady was the best QB in NFL History BEFORE the Patriots won its latest Super Bowl—-now there is no question at the age of 37 he has ample opportunity to pad his stats. I fully expect him to win at least five titles.

*Did anyone further enhance their image by doing or saying nothing more than Marshawn Lynch doing Super Bowl week? First, stop fining players for not talking to the media—its their right and the hypocritical embarrassment that is NFL Commish Roger Goodell ducked the media all week and I guess that’s OK??? Beast Mode didn’t talk and didn’t carry in the clutch–but still walks away from Phoenix with his stature at an all time high—pretty remarkable.

*Right now who would you like as your QB in the closing minutes with the game on the line– Andrew Luck or Russell WIlson?? Give me Wilson

*I still don’t get why the Super Bowl went to a uniform logo for each game —I loved the different logos back in the day—it made each game special and unique to every host city–now its just the same ole same ole….

*I’m not a huge Katy Perry fan but that was an impressive halftime show, even more impressive is how fast they dismantle that set right before the second half.

CHRIS COLLINSWORTH: I’ve always been a big fan of Chris Collinsworth–first and foremost because he is from my hometown of Titusville, Florida but the more I get to know about him, my respect grows.

He was a great athlete but is a better broadcaster–a rare feet for a guy who was Florida’s 100 meter champ in high school and still holds the NCAA record with the  longest touchdown pass  but went on to be a Pro Bowl …receiver. 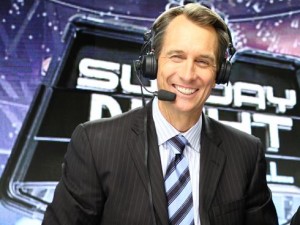 HBO’s Real Sports recently did a great profile on Collinsworth which showcased how hard he prepares for each game . I was also impressed by how much you can learn from him in his preparation which has clearly rubbed off on his partner, the legendary Al Michaels. While Michaels follows the football like most of us, every play Collinsworth has his eyes on the offensive line which he says never lets him down in terms of letting him know how the play will unfold–great stuff.

The most impressive thing about Collinsworth though is his four children and how good a Dad he appears to be. Even though he travels quite a bit with work, he’s always at his kid’s events which is remarkable. One of his sons plays for Notre Dame while one of his daughters is a sprinter like her ole man on Harvard’s Track Team—–the TItusville boy has surely made good.

BIRDMAN?? I was really excited about seeing what all the hubbub was about regarding one of the best reviewed movies of this year in Birdman. It had two of my favorite actors in Michael Keaton and Edward Norton—but I was left disappointed and to be honest a bit lost.

Hey I love movies that make you think but this one just left me frustrated. While I loved the way it was uniquely shot where you wonder how these actors pulled off such long takes—the storyline was all over the place and the ending was…well …I don’t even know? 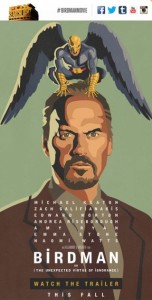 I don’t want to give it away but Keaton who plays a washed up actor and former Iconic Superhero tries to make a comeback in the theatre—-I get the fact he wanted to prove to his critics that he possessed real acting chops but this movie had too many holes and a weak exclamation point?

Maybe I’m just not intellectually savvy enough—-but I saw it with one of the smartest men I know in my father and he didn’t get it either??! 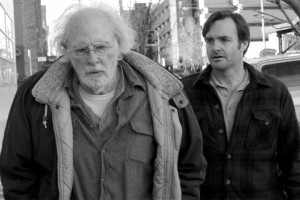 I did see the movie Nebraska shortly after starring Bruce Dern and loved it—-it was a great movie to see with your Dad and it was one of the few movies I’ve seen recently where I wouldn’t change a thing. Yes the ending was clear and it was perfect.

Moral to the story Nebraska > Birdman

DOWNLOADING DONNY?? : Ok I will listen to all kinds of music—you want proof?? Real Proof? Recently as I was scouring the ITunes service aisle, I came upon the latest release from none other than, wait for it—- Donny Osmond.

I couldn’t remember the last time I thought of him and don’t think I could name one of his songs, so I wanted to see what he brought to the table—I was surprised. 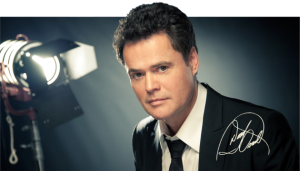 Osmond’s latest release, “The Soundtrack of my life” is Donny not being Donny but Donny being a little Stevie Wonder, Peter Gabriel and Michael Jackson among others.  Osmond’s remakes were many of my favorite songs as well—who knew me and Mr Puppy Love had so much in common?

In fact his redo of Wonder’s My Cherie Amour had Stevie playing harmonica in the background where Osmond says that was that an ode to the first record he bought at age 11. He also remade “Ben” a song Michael Jackson song that hewon a Golden Globe for but was first offered to Donny who turned it down because he was on tour.

I thought it was well produced . Remakes are usually a bad idea but in this case, Donny’s version was more than a decent change of pace.

Yeah I love the Foo Fighters, Jimmy Buffett, AC/DC and yes my lady Anita Baker. Donny Osmond welcome to the playlist—but tell Marie she still has to earn her stripes…..

NOBODY ASKED ME ,BUT….If you have read my blog the past few years you know I don’t hold back my disdain for Warren Sapp. The guy is the worst athlete I’ve ever covered with the way he not only treated the media but the Buc fans–especially kids.

His latest Super Bowl Soap Opera has him being arrested and charged  with soliciting and assaulting prostitutes in the desert—-how can we be surprised by this? 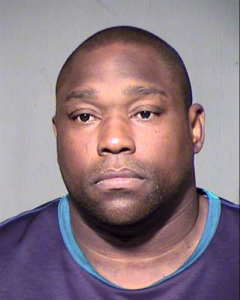 Here’s the thing though—I don’t want to kick Sapp while he’s down—that’s what Warren would do. Its amazing how wasteful his post football life has been from bankruptcy to a broken record of Super Bowl arrests. The guy could have owned Tampa and could have been one of the most beloved sports stars in the history of the state of Florida but clearly he could care less.

What bugged me the most over the years was when he joined the National Media he would suddenly turn into this nice and accommodating Warren Sapp–many who didn’t cover him when he played thought that was him but it was all an act for TV. So many bought into it for years— now they know better. They know what many of us in Tampa have known for a long long time.

For the sake of his kids, I hope Sapp can turn his life around—-he’s still a young man at 42 but he’s burned nearly every bridge in his life—you wonder if he will ever point the finger at himself.

EXTRA POINT: Back to Signing Day, where Gator fans Will Muschamp continues to be the gift that keeps on…well taking. First he runs the program into the ground and now he runs the number one recruit in the country away from Gainesville  and to his new home at Auburn—while still getting paid millions by the University–well played my friend.