We all live busy lives which means many things in our everyday routine we of course take for granted.

The other day I signed something and my Dad asked me somewhat shocked “Is that how you sign your name?” 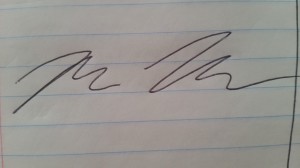 Yep—-hadn’t really noticed in a while. Usually in a hurry and just trying to get through the day. I admit my signature has regressed over the years. In Catholic school, the nuns made sure it was up to snuff but after they stopped grading penmanship, I stopped caring….and noticing.

Lately, signatures in college football have everyone taking notice. I think its crazy the NCAA punishes athletes for selling their signatures when they profit from their jersey sales—but at the same time the Todd Gurleys of the world and potentially the Jameis Winstons know the rules and for all they have on the line–gotta obey them. 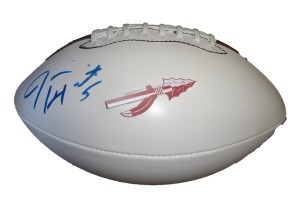 Johnny Manziel dodged his signature issues like he juked Alabama linebackers—but he was never caught. The whole signature mess is stupid and silly but it made me think, I needed to clean up my act so from now on—this is what I’m going for: 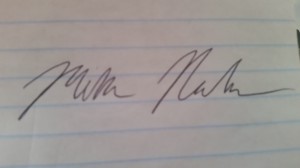 Upgrading the little things in life, the first stop in this week’s lap around the Naborhood. As always thanks for stopping by.

UNDER”DOGS”: Its easy to pick the favorites. Not hard to go with the Yankees or Red Sox or climb out on that mighty limb and snag the Broncos or Seahawks to be your preseason Super Bowl favorites. A select few take chances when but no expert, not a single one I know claimed they had the Royals in the World Series or heaven help us….Mississippi State atop the college football world, with Ole Miss in their rear view mirror. If you did—YOU ARE LYING. 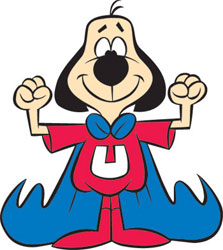 Its fitting the rivalry game between Miss St and Ole Miss is the Egg Bowl since the college football pundits currently have plenty of egg on their face for not calling their shot on this one. I heard FSU, Alabama, Auburn and maybe  Oregon Oklahoma or Stanford but anybody who would have picked the Bulldogs or Rebels to participate in college football’s first final four would have been laughed at during SEC Media Days. Its what makes the sport great….. 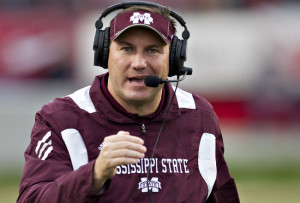 I always thought Miss State Head Coach Dan Mullen jumped the gun when he took the job in Starkville. I thought he should have followed the path of Mark Richt when he was a red hot offensive coordinator at FSU. Back then, Richt turned down offers for big jobs like Pittsburgh until Georgia came calling and it was the perfect launching point. In contrast, Mullen jumped to Starkvegas early in his period as a hot O.C and for years was mired in mediocrity.

I thought he should have waited on a Penn State or a Michigan like challenge.

Man, was I wrong. You gotta be patient. Turns out Mullen could follow the same coaching path of Billy Donovan  at Florida—carve out your own niche in a program that has never seen the kind of success you are giving it. Instead of rebuilding a winning program you simply build a winner yourself–from scratch. Sure other schools (see: Florida) might be able to pay him more and offer up better facilities but Mullen has already done the hard part, you would think things would only get better. If I was him, I wouldn’t take the Florida job if it opens, they’ve won in Gainesville—they’ve never won in Cowbell Country. It will be interesting to see if he stays with the Dogs or rides the wave of success.

ROYAL TREATMENT: The TV networks aren’t doing cartwheels but Major League Baseball should as those red hot Royals are great for baseball. If you don’t have a dog in the fight—how do you not pull for a small market team bucking the odds in game dominated by big money free agents.

After winning an emotional one game playoff and then sweeping the Angels and then the Orioles—these Royals know Eight isn’t enough. Ironically that sitcom was in vogue almost the last time this franchise was. Their last playoff win, how bout the fall of…1985 (my senior year in high school!) 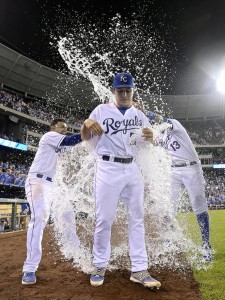 The difference between then and now. Then– baseball players stayed on their teams for more than 5 minutes. Recently a longtime friend and true baseball fan told me he could still reel off all of the vintage eighties Royals from George Brett to Hal McRae to  Bret Saberhagen to Amos Otis , Frank White  and we can’t forget about Buddy Biancalana!  Back then teams stuck together for years—a far cry from this band of Royals who for the most part are a pack of no-names but that is quickly changing.

I love the new blood but do think the Orioles should immediately fire its skipper Buck Showalter—–think about it after he was let go in New York and Arizona—they quickly won World Series titles—just sayin….

DAN PATRICK SHOW: Lots and lots of sports media these days which means the content is quite watered down. Its rare to see a sports show that I drop the remote for. I love Pardon the Interruption which is such a well produced show and I actually like Colin Cowherd’s Sunday morning Football show (especially the open–cheesy yet creative and funny)

But my favorite is often a daily dose of the Dan Patrick Show. They bring it every day where Patrick is an exceptional broadcaster—funny, always providing a solid perspective on the big issues  and for my money is the best interviewer in the business. He does what few can do—bring out different sides of famous people and athletes who often in the business get tired of answering the same questions—something Patrick doesn’t practice.

Sure he dwells on his acting career a little too much and seems bitter about his ESPN days but I forgive him. I love the banter with the Danettes (Fritzy is my favorite even though I always chat with McLovin at the Combine every year who tells me how fun it is to work on the show)

The day Ron Burgandy came by to co host the show with the guys was some of the best sports TV/radio entertainment I’ve seen in awhile but on this show you get something good every day, which is rare in today’s media climate.

STADIUM ANTHEMS: You know music is constantly changing but in one place it stays the same—-how about stadiums all across the country. No matter what the sport is college or pro you are always gonna hear a little “Welcome to the Jungle,” a dose of “Whoomp there it is” and you can always count on some YMCA and you know you can’t go a game with a serving of the Macarena. 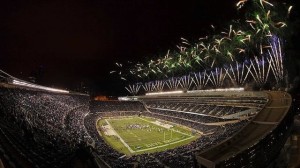 Stadiums are stuck in music time warps—-makes you wonder if it will ever change?

The  kings of the Stadium speakers ironically come in a queen. I challenge you to go to a sporting event without hearing Queen’s “We are the Champions,” and “We will Rock You”???! 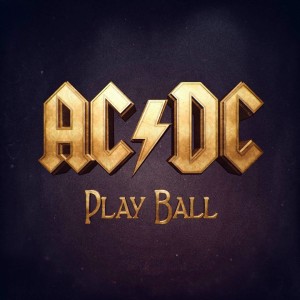 I guarantee you my kids and their kids will be hearing Queen in stadium speakers for decades to come . Queen is King but AC/DC is on their heels especially lately. Stadium favorites “Thunderstruck” and “Back in Black‘ are commonplace but wait till you hear the title track “Play Ball” from their new release Rock or Bust—its almost like the boys sat down and thought—lets write a song that will be played in stadiums the next 100 years. Even if they didn’t…it will.

TOUGHNESS: I’ve always been a big fan of ESPN’s Jay Bilas who is one of the best analysts out there and I love how he never shies away from poking the big bear, that is the NCAA. Recently finished his New York Times Best Selling Book, “Toughness,” which gives many examples of how to be tough through several avenues like commitment, persistence, and communication. Sure lots of basketball analogies but this book is much more than that.

Often Bilas cites failing is the best teacher in becoming tough and I couldn’t agree more. Trying things that scare you surely gives you confidence and make us all tougher. I thought it was a solid read and includes many interesting stories which leave you learning a few good lessons in the process. 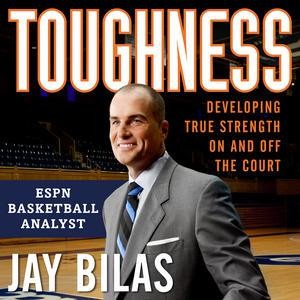 The only problem I had with the book was one aspect of Bilas toughness equation. In his chapter on preparation Bilas writes, “Over the years,I have worked on concentrating on doing one thing at a time, them moving on to the next thing and concentrating fully on each task I do. I cannot concentrate on two things at the same time.”

Sorry Jay—not in my world. I think multi-tasking is a big sign of toughness and success in the new world. I couldn’t manage without juggling a few things— its an invaluable skill to teach every young man or woman entering the workforce. It actually makes me more productive.

It makes us all….tougher as well.

NOBODY ASKED ME , BUT: I think everybody in this world is replaceable but some people remain tougher to replace than others—one of those will be Rays General Manager Andrew Friedman. In his Tampa Bay tenure he outsmarted the high rolling Yankees and Red Sox to compete and thrive in the AL East. Its amazing how he stockpiled talent and hit on trades and most of his free agent signings.

Unlike A’s GM Billy Beane, Friedman now wants to take a dip in the deep end of the MLB pool with all those high  rollers where he jumped to a Dodgers this week. Its an organization that prints money,has infinite more resources, not to mention a much better ballpark than his former employer. I hate to say it but I think its inevitable that Friedman brings Rays skipper Joe Maddon with him to California. It just makes sense—they have a great working relationship and Maddon is a California guy at heart and would thrive in the Los Angeles market. 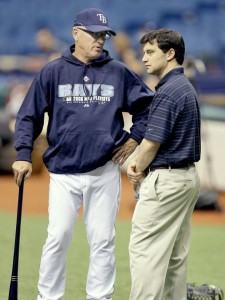 The end of a great Rays era? I hope not but its not looking promising. Some people are tougher to replace than others.

(11) Jimmy Clausen (I guess if you went to Notre Dame)

(10) Chris Simms (see above except substitute….Texas)

(9) Kellen Winslow Jr (again, would have had him higher)

(8) Deion Sanders (unlike some on this list, always backed up his bravado but surprised not higher)

(6) Marcus Vick (definitely the worst player on the list) 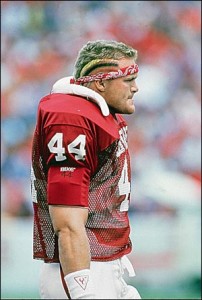 (1) Brian Bosworth (have no problem with this pick—in fact if you would have asked me to name it before seeing the list, i would have went with the Boz)