It has become a lost art.

We seemingly said goodbye to the letter years ago, now it’s time to say adios to our voicemails?

Why don’t we leave voicemails anymore? I never get one answer??

I’ve read a number of articles and the reasons are many…voicemails are apparently “time consuming, stressful, and annoying.” according to many.

It really takes that much out of us to listen to a voice message? God help us.

My teenage daughters say its because they have the ability to text me and they’re certainly not alone—voicemails aren’t in their generation’s vocabulary.

Think about it—when is the last time you got a voicemail from someone under the age of 35??

I may extend that to someone under 40? 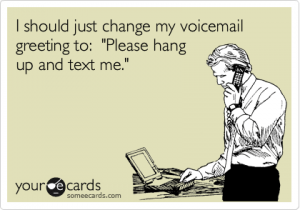 It’s a growing trend among all ages.

My Aunt Susan was my last hope. She is one of the most special and sentimental people I know yet all of a sudden has fallen victim to “voicemailitis.” For years I could always count on her to leave me the nicest voicemail on my birthday but this year I got a card accompanied by a first (an Aunt Susan birthday text?!!)

Looking for answers, I recently called her and asked why the change up?

Aunt Susan tells me tongue and cheek “They never seem excited to talk to me.”

Well….we made a pact that moving forward tech trends be damned— I will always leave her a voicemail and she will for me. My goodness, I had to recruit someone to the dark side. 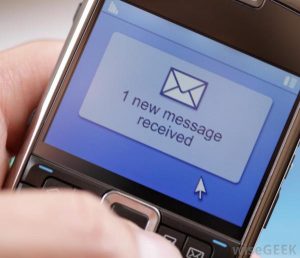 I received the most voicemails from my Dad who passed earlier this year.  I have kept so many and miss getting them. They were funny, thoughtful and more memorable than any text he could ever have sent me. He never texted but that’s another story.

Yes I get it–texts are good in many situations, but can’t we sprinkle in a good ole voicemail once in a while?

For perspective my Mom passed away ten years ago and when it happened, I received a ton of voicemails. Ten years later when we said goodbye to my Dad, it was a ton of texts.

That’s the way our society has evolved but I don’t it as progress.

I miss getting letters, appreciate every card and treasure the latest rarity, the elusive voicemail.

Leaving a message at the tone, the first stop in another guaranteed well rounded trip around the Naborhood, as always, thanks so much for stopping by.

THE “AB” RULE: I really was debating on mentioning this guy because my goodness we’ve all had enough of him the past few months…… 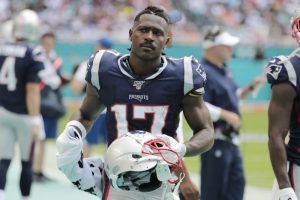 In the past six months alone Antonio Brown has managed to kick himself off of three NFL franchises (the Steelers, then the Raiders and most recently the Patriots)

Talk about fool me once shame on you…..

The NFL is tired of him and frankly what bothers me the most is that many feel the man they call AB is the norm when it comes to pro athletes when frankly he’s the irritating exception.

Just like bad cops, lawyers or teachers you have bad ones that ruin the reputation of the profession for everyone else.

Let’s call it the “AB” Rule. He’s the clear outlier.

Frankly most pro athletes I have covered over the years are a far cry from this egotistical locker room firebomb. They’re great family men, smart, give a ton back to the community and are generally people you want to have a good conversation with.

Antonio Brown is like that bad cop, lawyer or teacher that brings all of his peers down.

I with we could all in the media sign a release that we won’t put him on the cover of any newspaper or lead any sportscast with him anymore but unfortunately that’s not what sells and garners clicks these days.

I’m throwing out the “AB rule” wish we could pass it soon in all walks of life.

WOODY HARRELSON: I’ve always liked Woody Harrelson who has now entertained us for four decades, yet still looks very similar to when he debuted as “Woody” on Cheers.

A tribute to good genes and remarkable given how much he has been through to get this far.

An interesting recent Esquire article saw writer Lili Anolik walk around New Your City with an actor who has survived a lot in his life to have a legendary career. 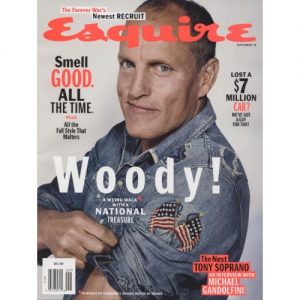 Did you know Harrelson’s father was a professional hitman and an organized crime figure who died in prison serving consecutive life sentences?

Did you know after Harrelson got kicked out of nursery school “and” the first grade, he moved to the Midwest where his life settled down so much so that he went to Hanover College in Indiana on a Presbyterian scholarship and considered going into the ministry. It was there where he gave a sermon to a youth group where none other than Vice President Mike Pence was one of his classmates?

Did you know Harrelson’s biggest regret was turning down the role of “Jerry Maguire,” where Woody told his agent. “Nobody is going to give a ??!!??! about an agent.”

Still only 58 he has a lot in front of him but I found it interesting the many things unknown that he has left behind.

COOL AMIGOS: Recently I was in Key West at a restaurant right off off Duval street. While many restaurants want our feedback in very standard ways , the best mexican restaurant in the Keys “Amigos” has a different approach…..look how they want you to let them know about your dining experience…..? 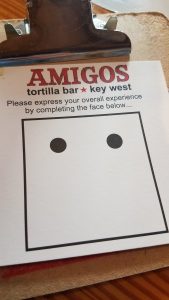 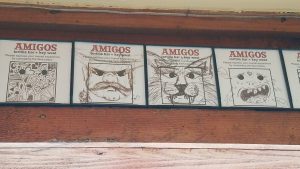 Yes the customers mostly just got creative but I didn’t see any bad ratings from this ingenious marketing plan. It’s something I wish more businesses would incorporate (or something) similar. Funny how any age can get involved in his final consumer step.

Nice work my Amigo’s, your food was great but your ratings format was even better.

MARTY SMITH’s “NEVER SETTLE” : I love my job but my favorite part is telling stories so I always appreciate those who have a talent for telling them differently.

ESPN’S Marty Smith covered NASCAR for many years but his way with words and with people opened up his bosses eyes so now if the network needs a special touch on a feature story they often fly Marty in.

I just finished his recent book “Never Settle” Sports, Family and The American Soul which was a great glimpse at not only his best work but it also showed how vulnerable he is as a person, a professional and a family man–a nice departure and frankly very refreshing. 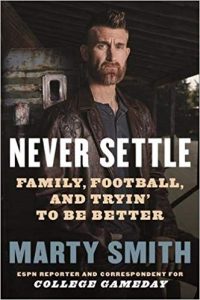 Smith tells great behind the scenes stories of how someone who doesn’t look or sound like your standard sportscaster had to earn his keep among the countries top coaches and athletes while juggling the demands of being away for his wife and kids for weeks on end.

The book is a great read and an easy one as it moves fast and furious kind of like the man that wrote it. Thanks for taking us on a nice trip Marty and not being afraid to admit that your life isn’t always perfect because we all know…nobody’s is.

I highly recommend it even if you’re not a sports fan.

NOBODY ASKED ME….BUT: I admit to being a big fan of Sam’s Wholesale. I have my go to’s like Razors, Shaving Cream, Paper Towels and Tiolet Paper but the best deal you will get there is this…. 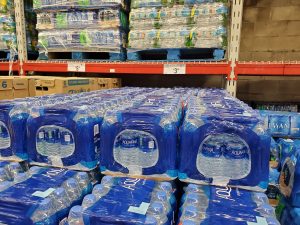 Bottled water is a Bottled Bargain. Think about it, you spend at least 3-4 dollars for water at a concert or a high level sporting event.

At Sam’s, you know what this will get you….. 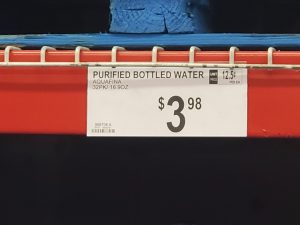 I feel like I’ve stolen something every time I grab about three or four cases.

EXTRA POINT: Really upsetting to see the lack of support for my Tampa Bay Rays down the stretch of a season where the fans should be running to Tropicana Field but instead they drew just over eight thousand for a pivotal game against the Red Sox? C’mon Tampa Bay, you can’t blame anybody if you lose this team—a real shame.