Often in life what we worry about isn’t what gets us, its always the unexpected.

Many were worried Rio would be an international disaster with the awful outbreak of the Zika Virus but instead the games were marred by a swimming epidemic…. 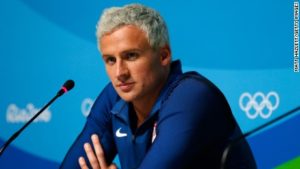 Actually no thank you. Listen I don’t want to pile on the man but Ryan you have to understand being a former high school swimmer you’re just plain killing all of us who love the sport.

We don’t have an annual write of passage like my buddies who played football, basketball and baseball—every four years is well, forever. No annual college football season to reminisce even my soccer buddies can root for the endless seasons in their sport.

With Michael Phelps piling up his medal count– unfortunately the piling on of Lochtegate overshadowed one of the best Olympian legacies of all time. What a shame on many levels. Instead of celebrating the best swimmer ever, we’re lamenting an immature swimmer who can’t stay in his own lane.

Can’t we swimmers bask in the glory longer than a few days….?

Listen Swimmer nation never gets enough credit. I’ll put our practices up against any sport and wearing speedos in front of our high school peers takes special courage and should serve up huge bonus points but I digress…. Donning underwater underwear in public is one thing but having to endure basically the male version of Kim Kardashian as our spokesperson is yet another. 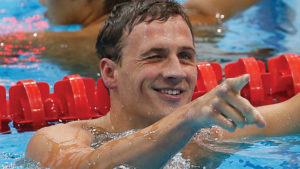 The coverup is often worse than the crime or in this case the needless lies and lame bravado–all of this never have should have come to life or been such a big deal—-but here we are. Speaking for swimmers everywhere, this was a huge Olympic letdown—now we gotta wait another election cycle to get our freestyle groove back.

Silly Swimmers our first stop as we cannonball back into the Naborhood, as usual thanks for stopping by…..

STARDUST DREAMS: I was visiting  New York recently with my oldest daughter and my sister told us we should hit a great place in Times Square, the Stardust Diner.

You don’t go there for the food, unless you like eating 35 dollar cheeseburgers– it’s all about the atmosphere where while you eat your food, your waiters and waitresses sing to you before and after they take your order. These aren’t just your normal everydayAmerican Idol wannabes–these folks have plenty of game. 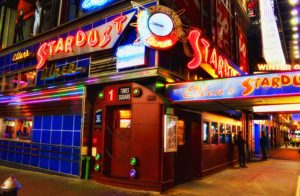 There was plenty of talent everywhere. One waitress was so good, I asked her after she sang a great solo and then preceded to take our order what her name is? –so when she is famous one day, I will remember her. After giving such an impressive performance, she then looked at me sadly and sad she’s been trying to get a shot on Broadway for over three years…..?!

It made me think how hard it is to chase your dreams and how much I respect those who do it. Recently, many criticized Tim Tebow for wanting to play baseball, the same way they ripped Michael Jordan for doing so in the mid-nineties. 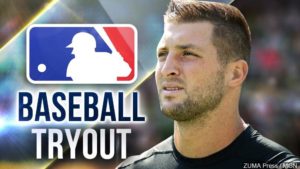 I don’t have a problem with any athlete trying to test their abilities—its their life and their choice. Just like the talented Stardust waitress, all of us have dreams and sometimes they change gears—some are crazy and others are more realistic but they’re our own. I prefer to encourage rather than discourage.

TOMMY LEE: Speaking of dreams, that’s what makes covering these NFL Training Camps so much fun. I’m typing this from New Orleans, as I cover my 11th Saints camp where every year we get a handful of great stories of guys coming out of nowhere to make an NFL roster.

The latest amazing story is one Tommy Lee Lewis. He’s a 5’7 quick receiver out of Northern Illinois who is living proof, it truly only takes one person to deliver you to the big time. 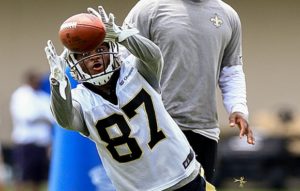 Lewis played High School Football in Palm Beach Gardens and had no prayer of getting drafted due to his size and his injuries in college but he had one thing going for him, his high school coach became friends with a prominent South Florida native in Bill Parcells. 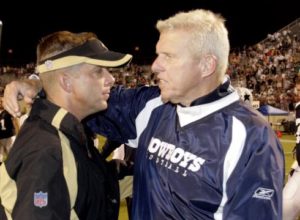 After watching Tommy Lee workout, Parcells called Sean Payton and told him he should take a flier on Lewis and bring him into camp as an undrafted free agent. Payton trusted his mentor and did so–Tommy Lee did the rest by becoming a camp star and now is on his way to earning an unlikely roster spot.

If Parcells doesn’t make the call to Payton, Tommy Lee would be playing in the CFL and not in New Orleans this month—gotta love training camp stories—they never disappoint.

PIGSKIN PICKS: Even though the internet is everywhere, I used to always feel incomplete if I didn’t buy a handful of those preseason magazines which are now outdated and frankly overpriced. This is the first year I didn’t do it but here is my fearless forecast for this fall. Maybe I’ll save you a few bucks with my two cents…

*Tom Brady is gonna be on a mission more than ever after the return from his laughable Deflategate suspension and will beat the Panthers in the Super Bowl. Hope Cam Newton handles this postgame loss better than his last one. 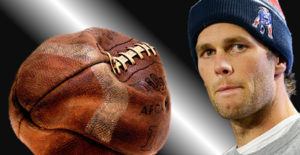 *Clemson and Alabama will play for the National Title again but this time Clemson wins it all— while in the SEC, I would pick Florida in the East if the Tennessee game was in Gainesville but it’s in Knoxville so give Tennessee its first win over the Gators in 12 years and an SEC East Title.

*Stanford’s Christian McCaffrey made a great case to win the Heisman a year ago but playing those late night West Coast games hurt his chances—he’s not a secret anymore and will strike the pose this year over favorites Leonard Fournette at LSU, Clemson’s DeShaun Watson and FSU’s Dalvin Cook who remains my darkhouse.

DOC & DARRYL: What a great and troublesome recent 30 for 30 surrounding former Mets teammates Doc Gooden and Darryl Strawberry. The doc on Doc was hard to watch when seeing and hearing the current state of Gooden who still appears to be in bad shape. 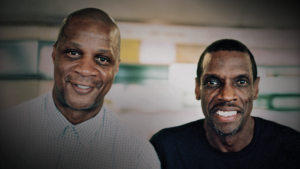 Gooden has maintained he hasn’t used cocaine in years but recently Strawberry disputed this after Gooden missed another public apperance. I tend to believe Darryl as its troubling how long Gooden has battled his drug demons.

Ask anyone who has met Doc and they will tell you how nice and convincing he is in person and I can attest as I’ll never forget meeting him years ago where he told me he was probably the fifth best pitcher in his neighborhood growing up. 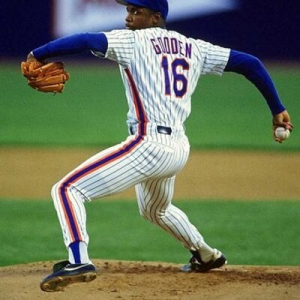 The reason he was the most successful was the other kids on the block ran into trouble–unfortunately Gooden found his later on yet still seems to trying to find peace. I hope he can before it’s too late.

NOBODY ASKED ME, BUT: Golf can be a frustrating game but no matter what your handicap is I believe we all can agree Top Golf is fun for everyone…and I mean everyone. I finally participated in this growing franchise and I can’t wait to go back. 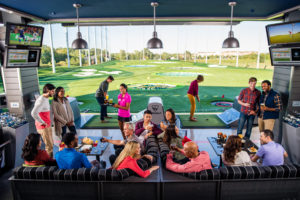 It’s the rare place which can be fun for a 10 year old’s birthday party or a 28 year old’s Bachelor Party. A truly great concept of a driving range armed with a variety of games aiming at targets long and short—-to me it’s the perfect first date.

The food is great, the setup is professional and the atmosphere is exceptional. It will be interesting to see how the franchise keeps growing.One of those I wish I would have thought of it first places.

EXTRA POINT: Interesting Twitter take I saw recently—can you imaging this melting pot of people who were all a part of the Florida Student Body back in 2006. You had the likes of Lockte, Tebow, Cam Newton, Aaron Hernandez and Joakim Noah……wow