It was tragic but the fallout was surprising and showed how powerful the moment was no matter your age or how much you loved sports.

Within an hour after the news broke, I amazingly heard from my old college roommate,  an old client followed by a former co-worker and then my longtime realtor. An interesting collection of people I don’t usually talk to on a regular basis., but this was an irregular moment that stopped us all in our tracks.

My 17 year old daughter isn’t a sports fan and was touched every bit as much as her ole man who is often consumed by sports, but again sports was only a small part of all the emotions we felt with this generational story.

Born after 9/11, my daughter’s generation had never seen a tragedy like this where nine people lost their lives including one of the biggest sports stars on the planet along with his 14 year old daughter. 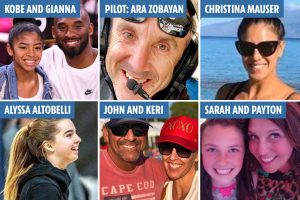 Generationally these type of events usually stay with all of us. I wasn’t alive when JFK was assassinated but those who were remember where they were. I will always remember when I was 11 years old in the back of a station wagon going to Disney World when we heard on the radio that Yankees Catcher Thurman Munson died in a plane crash. At the time, like my daughter, I had never experienced tragedy like that. 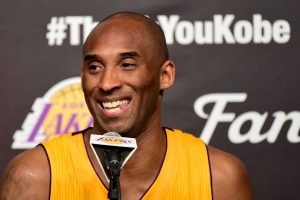 Kobe is my daughter’s Thurman Munson where he certainly wasn’t your average athlete. While many often play for pay, Kobe’s passion was his calling card, yet his most striking quality was he was much more than a basketball player. I read an emotional column by Los Angeles sports writer Bill Plaschke who wrote how Kobe didn’t have an entourage and routinely walked to his car with him after games talking about many topics other than basketball.

Kobe spoke several languages, authored children’s books, recently won an Academy Award and those who know him best say he was always very curious knowing what he knew but also eager to learn what he didn’t. A rare attribute for someone who could have simply lived off of just being Kobe the basketball player. 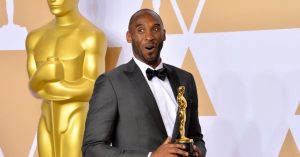 I saw an interview with him years ago where he was asked how he wanted to be remembered? Kobe said he wanted to get the most out of every day and squeeze the most out of his ability. The great thing is he accomplished both but the tragedy is he should have been able to accomplish so much more. I think his post playing career would have been more interesting than his playing career which is so rare.

Such an unexplainable tragedy. Many of us have lived to see similar stories, for others it was their first experience, Either way, we all seemed to feel the same way…empty, sad and feeling for all the families involved.

The Kobe effect the first stop in this month’s trip around the Naborhood. As always, appreciate you stopping by.

The perfect case study to why this is a bad formula is arguably the best QB in the NFL Patrick Mahomes ,whose unique skill set is due in part to having played not only high school football but basketball and baseball too. 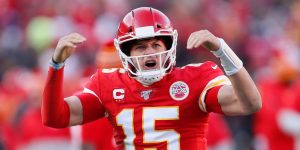 Kudos to Mahomes high school football coach Adam Cook at Whitehouse High in Texas for getting it. Cook says Mahomes patented sidearm football throw was harnessed playing baseball where he perfected his release points. The no-look passes and hip shakes for his prep basketball team helped create his skill to dodge linebackers in the open field.

“Because he played multiple sports, the overlay of all of those experiences and skills are there in the NFL,” Cook said on Monday. “It’s all just one game for Patrick. It’s always been just one big game, just on different playing surfaces. In high school football you are guaranteed just 10 games. Instead Patrick was always playing something and learning how to win along the way.”

Mahomes was lucky he had Cook and not a coach who wouldn’t let him play other sports which is common in our country and is trending in the wrong direction even before high school. The average youth athlete age 6-12 played 1.87 team sports in 2018, according to the Aspen Institute State of Play’s 2019 report. That was down from 2.11 sports as recently as 2011.

Stop it high school coaches, let the kids play and we will have better and more importantly happier and more fulfilled young athletes.

SOUTHWEST FAIL: Full disclosure,  I don’t want to pick on you, I truly think you are the best airline in the world. I love your customer service, I appreciate your rewards program, your easy access and you’re low maintenance when it comes to your baggage polices “but” Southwest Airlines— your marketing department needs to make one adjustment.

Not your best idea…… 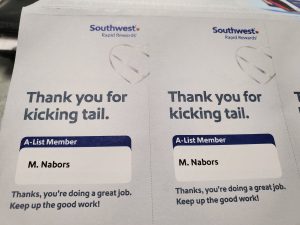 Rule one in any business should be don’t ask the customer to praise you simply for doing your job? I love you Southwest but sending your best customers coupons where you want us to give them back to your select employees telling them they’re doing a good job is not good marketing. Not good business.

Not sure who walked out of that meeting thinking this was a good idea?! For all the great things you are Southwest, this was hardly Southwestlike. Kicking Tail should be expected not something you ask your customers to reward you for…….but I still love you anyway.

HALL OF FAMERS: This time of year we are in the heart of Hall of Fame drama and frankly I really enjoy it. It’s great debate, but often frustrating as many well deserving football AND baseball candidates often can’t gain admission or take to long to do so.

Here are a few idle thoughts

*In terms of baseball Curt Schilling should have been a first ballot Hall of Famer. Besides Mariano Rivera has there been a more clutch postseason pitcher?? I say no— plus he had over 3000 strikeouts, was a six time All-Star and won over 20 games three times. I know I know– he’s wacky on politics and his social media rants are often offensived but he was great between the lines and that’s all I need. Put him in! 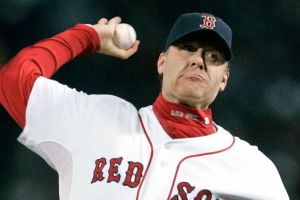 *Speaking of baseball it’s a joke Fred McGriff isn’t in and I think Barry Bonds and Roger Clemens have waited long enough—they were the rare exceptions of the steroid ear where unlike Sammy Sosa or Mark McGwire, both were Hall of Famers before they broke the rules.

*On the football side, why in the world did it take so long to put Jimmy Johnson in Canton? People point to his lifetime record but did they forget how awful Dallas was when he took over. He not only coaches the team to two Super Bowl titles but built the team in the process. The fact that Jerry Jones was put in before Jimmy Johnson is laughable where he should at least get 1/2 credit for the title they won with Barry Switzer?! Watching his reaction when they broke the news to him live during his FOX broadcast was real special, congrats Jimmy you should have been inducted years ago. Not many coaches I would take over you……… 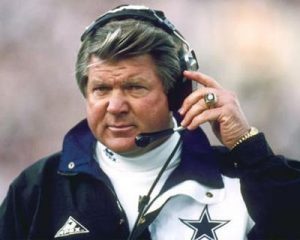 *Finally Eli Manning retired and the debate on his induction is heated. Usually my Hall of Fame test is immediate, you usually know right away when you hear the name if they’re a HOFer, but Eli is complicated. He was never the best quarterback on a particular year but he beat the Patriots in their prime “twice” including ruining their perfect season—that puts him in a category nobody else can claim. I say the compromise is he shouldn’t be a first ballot guy but eventually should be in.

NOBODY ASKED ME, BUT….. Speaking of quarterbacks, I recently had an interesting conversation with future Hall of Famer Drew Brees where I was left not being surprised if he announced he will be retiring in the next few weeks. 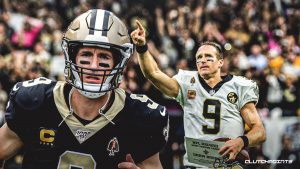 That sounds like a guy who is ready to move on. Brees added that he feels he would be good at it and I agree. I also feel the competitor in him would like to prove he’s better than who many consider the current gold standard in Tony Romo.

Romo’s contract is up so either CBS will have a vacancy or Monday Night Football will as it looks like they want to replace current analyst Booger McFarland.

I get the feeling MNF has already approached Brees and I think he should take it, we’ll see what happens.

EXTRA POINT: Some super numbers from my friends at WalletHub who compared more than 240 U.S. cities with at least one college or professional football team based on 21 key metrics. The data set ranges from number of NFL and college football teams to average ticket prices.

Interesting results had the best football city in America….Pittsburgh, and the worst….was El Paso TX.

Other interesting stats……Super Bowl LIV By The Numbers