There are some things I simply don’t understand…..

Why does McDonald’s serve breakfast all day?

And a bigger obviously much more important question—why on earth is Peanuts so consumed with Snoopy and the Red Baron? 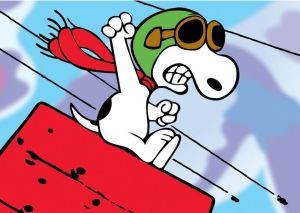 Hey I love Charlie Brown and the gang as much as anybody but Charles Schulz clearly had trouble filling up a 1/2 hour TV show as the storyline is always interrupted with the dog and airplane pony show.

The Great Pumpkin was just fine without Snoopy and his obsession with the Red Baron–give me more Linus, Lucy and the always compelling Pig-Pen.

In a recent article in the esteemed Atlantic magazine, “The Exemplary Narcissism of Snoopy,” Sarah Boxer exams how the dog is considered by many the downfall of the comic strip.

“Snoopy unquestionably took the strip to a new realm beginning in the late 1960s. The turning point, I think, was the airing of It’s the Great Pumpkin, Charlie Brown in 1966. In this Halloween television special, Snoopy is shown sitting atop his doghouse living out his extended fantasy of being a World War I flying ace shot down by the Red Baron and then crawling alone behind enemy lines in FranceSnoopy is front and center for six minutes, about one-quarter of the whole Great Pumpkin program, and he steals the show, proving that he doesn’t need the complicated world of Peanuts to thrive. He can go it alone. And after that he often did.”

There you have it folks, we can’t tolerate the lack of team players in Peanuts–clearly Snoopy got too big for his britches and like David Lee Roth–just should have gone solo at that point.

I took my daughter to the recent Peanuts movie which had a great storyline about lovable Charlie Brown and his Little Red Headed girl, but just when the plot would thicken, Peanuts would go crazy and often sideways with the silly Snoopy Red Baron nonsense.

The movie was put together by Schulz’s son Craig and grandson Bryan. Their Grandfather and father hated the term Peanuts which was pushed on him by publishers and he never wanted to show the face of the Red Headed Girl—you wonder how he would have reviewed this? 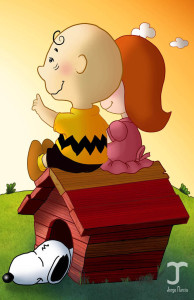 I had no problem meeting the Little Red Headed Girl but Peanuts we have issues—we love you for the suspense of Lucy and Charlie Brown with the football. We love the fact that we can’t hear any adults talk in any episode. Please stop it with the Snoopy sideshow—-if the goal is to make us want more of the main course—you have succeeded— yet you have frustrated many of your Peanuts peeps.

Ah, the complete breakdown of our favorite knucklehead Charlie Brown and friends —our first stop in another run around the Naborhood–as always thanks for stopping by.

WHAT A DIFFERENCE…..Unless you are the Lions, Browns, Vanderbilt football,Philadelphia 76ers or any team from Canada trying to win a Stanley Cup –the rest of the sporting world seems to have a fighting chance.

Think about a year ago—would you think a year later the Gators would be in the SEC Championship? Clemson would be number one in the Nation? or how bout Peyton Manning being benched for Brock Osweiler?

It’s what we love about sports—you often never know what will happen next.

Well this football season has upped the ante considerably.

Forget a year ago—-a month ago would you have predicted the following: 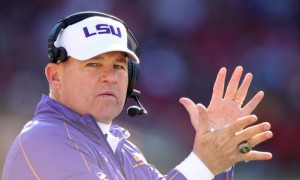 Les Miles would lose his job? I understand why LSU would get rid of him as it seemed he’s peaked but it’s crazy how fast he’s fallen.

Leonard Fournette would fall off the Heisman Cliff? No way he can win this award now despite his Herschel like start.

Urban Meyer would see his seemingly preseason unbeatable like Buckeyes  fall fast like his Florida program once did? Great coach but he’s proven he can lose his team as fast as he rebuilds it.

Yes its been a November to remember and who in the world would have called all of the above. Makes you look forward to what we have in store in the coming weeks

I wish sports networks would STOP airing tweets from athletes as they are just hurting the power of their medium. For one, it encourages several pro athletes not to talk to the media or to be as honest because they have their own forum now–why are the networks facilitating that?

Heck if Lebron tweets he’s going to Starbucks, its all over ESPN and I like ESPN—just not that part of their programming mindset. 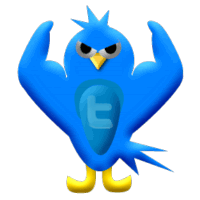 Then you have those college kids who running roughshod like Buckeyes’ Ezekiel Elliott. I give the Ohio State running back high marks for his passion and it seems hypocritical to criticize an athlete who speaks the truth when we in the media are always craving it, but there is a fine line and he crossed it by calling out his coaches’ gameplan—even though he was right.

Too many times players unlike Elliott tweet their feelings without speaking to the media and I can’t stand when the networks air those comments, but I don’t see this stopping.

CLASSY COACHES: It’s rare to see so many coaching vacancies this fall but it’s also unusual to say goodbye to so many headliners in the span of a few months. Steve Spurrier hitailed it out of Gamecock land in October but unlike the Head Ball Coach, Va Tech’s Frank Beamer and Mizzou’s Gary Pinkel will do what is right and end the season with their kids before saying goodbye. 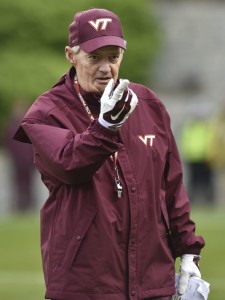 I really like Beamer and Pinkel having spent time with both. I did a documentary with the Blacksburg legend a few years ago where I really got to know all of those friends, peers and family members who are close to him. Not a classier coach in college football who doesn’t possess a big ego but leaves with plenty of wins and as the man who built the program he played for. Beamer in this current climate would have been fired with his rough start with the Hokies but the program stuck by him and it worked out great for all involved.

Pinkel is an old school coach in many ways but truly has adapted with the times. He recently stuck by his current players who refused to play due to racism on campus which led to the ousting of the school president and he didn’t flinch in his support of Michael Sam which set such a great example for so many.

So long coaches—you were rare and will be missed. If I was USC, Va Tech, Missouri or Miami—the first guy I would call is Mississippi State’s Dan Mullen—I think given more talent and a larger recruiting pool–he could do wonders for all of the above.

MY FAVORITE RENTAL: I travel a lot and have to tell of you my favorite company out there is easily National Rent A Car. I have never had a problem with them and they run circles around their competitors like Avis and Hertz which don’t hold a candle to my guys. 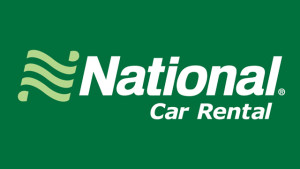 National always has cars and if you travel a lot—you never have to talk to anyone until you check out. Oh and their frequent rental program gives you the most for your dollars and they have great rates. One more thing– I love their commercials as well–lots of truth in the advertising there.

GOODBYE GORDON: Speaking of cars, I’m not a big NASCAR fan but have always been a big Jeff Gordon fan. It makes me feel old  the 44 year old is retiring as I remember covering him as a rookie back in 1992 at Talladega. Funny back then, all the good ole fans and boys of the sport didn’t get the cocky kid who would hang and often beat the best in the sport. 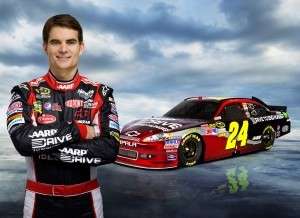 The amazing thing about Gordon is when he started none of the drivers acted or looked like him and now 23 years later–think about it–most of the drivers resemble the Rainbow Warrior who has left quite an imprint on the sport.

Gordon can retire whenever he wants but I thought it would have been perfect if he would have stuck around for one more year—number 24 driving off after 24 years would have had a great ring to it….

NOBODY ASKED ME, BUT…. I heard it before I had kids and now can appreciate it even more—how fast they grow up. You get reminders every now and then to soak it all in before they leave the house and I got one recently.

Having a 13 year old daughter who doesn’t need my help much any more, I am seeing the window almost close with my youngest too. My 10 year old Ally is in her last year of elementary school and still needs my help on school projects which I savor.

Recently, she asked me if we could build a teepee so she could get a homework pass—-I know in the blink of an eye this will be a lost opportunity maybe as soon as next year.

We had fun doing it and I will look back knowing I appreciated what a special moment this was where in a few years from now she will be tackling Algebra and Chemistry and those homework Teepee’s will be a thing of the past. You gotta soak these moments in and we did.

EXTRA POINT: Crazy stat on arguably the best team in pro football, those New England Patriots. They are undefeated yet are the only team in the NFL who don’t have a first round pick on the offensive side of the ball—speaks both to the greatness of Tom Brady and the ridiculousness of the NFL Draft.

EXTRA EXTRA POINT: Johnny Football–you’re killin me. I was hoping you would make it at the next level but clearly you aren’t mature enough—what an absolute waste and I was wrong about you.