They have the same name, the same fame, and get somewhat the same blame.

Tom Brady….Tom Cruise (we’ll get to that other Tom in a bit) For quarterback Tom, it’s mostly jealously. People think he’s won too much, is too good-looking, he’s married to a supermodel….they claim, enough already! Some just buy into Deflategate and resent he can be a poor loser.

For actor Tom, it’s the jumping on Oprah’s couch, the Scientology, he’s too good-looking, and as for his “many” significant others, well, it seems he is too controlling with them all.

Frankly, I’m a big fan of them both. Appreciate quarterback Tom Brady’s longevity, I firmly believe he’s the best quarterback ever, and I still can’t believe he’s slinging it with the Bucs. Despite his many jealous critics, I love the story of a former sixth-round pick earning his keep. This Tom has come a long way…… Tom Cruise is one of the most under-appreciated actors of all time. Amazingly, he’s never won an Academy Award but has been nominated twice. For my money, Cruise’s best performance was his role as Ron Kovic in the movie, Born on the Fourth of July. Playing the true story of Kovic, who was permanently paralyzed in Vietnam, showed his incredible range. 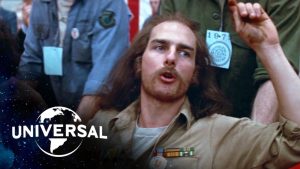 Cruise was nominated seven years later for his lead role in Jerry Maguire but came up short again. He wasn’t nominated for A Few Good Men, but it’s one of my favorite movies. What a damn resume!

Both Toms are enjoying parallels in what has become the Summer of Toms. They both celebrated birthdays where Cruise turned 60 in July and Brady will be 45 in August.

Older but still at the height of their respective careers.

Cruise’s Top Gun sequel “Maverick” brought us all back to the theatre–where despite the pandemic, it came out the gates to gross 124 million in its first week, the most successful opening for any Cruise movie…ever!

Brady enters his 23rd Training Camp as the leader of the NFC’s favorite to make it to the Super Bowl. Last season he led the NFL in completions, yards, and touchdowns…..all just crazy stuff.

If only these guys were celebrated like the other “Tom” who is also thriving this summer, Tom Hanks. Hanks is poised for another Oscar nomination playing Elvis’ manager Tom Parker in the fantastic blockbuster “Elvis” movie. As much as people seem to not like Cruise and Brady, isn’t it hard to find anyone who doesn’t like Hanks?

To me, the two-time Oscar award winner is to Tom Cruise what Peyton Manning seems to be to Brady. Peyton is every man, the Tom Hanks of the NFL. While in the entertainment world Hanks always will trump Cruise, who is polarizing and often unpopular like the Bucs quarterback, for similar yet different reasons.

I like all the Toms. They are killing it this summer, and their respective talents have consumed us for decades. Amazingly Cruise and Hanks aren’t slowing down, and with Brady entering the broadcast booth one day, it appears this won’t be the last Summer of Toms.

So take a breath and enjoy the Summer of Toms. We may not see anything like it again.

Cheers to the Tom Trifecta—let’s not hate. Let’s fully appreciate!

My Toms Tribute is the first stop in another lap around the Naborhood. As always, thanks for stopping by!

PICKLEBALL!: Remember when baseball dominated the dog days of summer? Oh, how times have changed. These days football has taken over. NFL Training Camp and even SEC Media Days command more attention, but I digress.

MLB better watch out because America’s latest sensation is this Pickleball craze. How big is this growing sport? A fun mixture of Ping-Pong, tennis, and badminton, played in a double format with funky racquets? Well, the numbers don’t lie. According to USA Pickleball, since hitting the scene in 2017, the sport has grown an average of 11.5 percent a year, where 4.8 million picklers are playing in the United States. 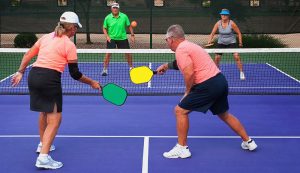 The sport may be new to many but has been around for a while. It’s just catching fire of late. While Abner Doubleday is credited with inventing baseball, pickleball was founded in 1965 by three Dads tired of their kids complaining they didn’t have anything to do.

While most love the game, they hate the name. Really what’s up with Pickleball? The story goes one of the dads who created the game for their bored kids had a dog named “Pickles,” who came in handy chasing the balls in the first-ever matches. The game was named in her honor.

I have never played Pickleball but can’t wait to see what this craze is all about. It’s so big they now have pro leagues and TV deals. The future is bright. Like bowling, it seems anyone can’t do this without much prep, so it has that going for it—will be interesting to see where this sport will be in five or ten years.

MICKELSON BOOK: My book of the month is on an athlete who hasn’t had an easy summer, the never boring Phil Mickelson. I get he’s quirky, self-centered, and has serious gambling issues. Still, before picking up “Phil, The-Roaring (unauthorized) Biography of Golf’s Most Colorful Superstar,” I expected a different journey than this read took me on.

I came away liking Mickelson more. It was a fair and interesting read by longtime golf writer Alan Shipnuck.

If I was Phil, would I have abandoned the PGA and joined the controversial LIV tour? Unlikely, but this narrative that the PGA is this perfect organization is rather silly. Sure, I’m uncomfortable with the Saudi Arabian backing, but I think Lefty’s good far outweights the bad. 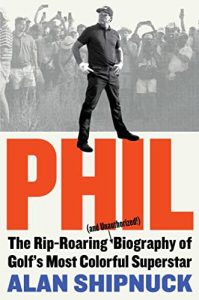 The book came out of the gate with a collection of hilarious stories from Mickelson’s peers. The stories covered the gamut of Mickelson’s complicated and often goofy know it all personality. The one consistency is this guy does it his way, whether early on in his career where he pulled a fan out of the crowd and much to the chagrin of Jack Nicklaus and Lee Trevino, he hits a full-swing flop shot right over his head. When Trevino approached him afterward and told him it was inappropriate, Mickelson’s response? “Guys, you don’t understand. There’s no way I can’t pull it off,” and then goes into a lengthy explanation.

Vintage Mickelson, endless stories like that made this a fun read.

One of my other favorites was a story that fellow golfer Brandt Snedeker told when they were playing an event in Akron. Snedeker was driving to dinner when he saw Mickelson at a stop light right after he won the British Open in 2013. Mickelson asked him to dinner, but Snedeker had plans. Lefty’s response? “That’s too bad because we’ll be drinking something special out of this.” He starts waving around the Claret Jug (the trophy given to the British Open winner), hits the gas, and then takes off.

Does he like to be the smartest guy in the room? Yes, it was revealing to hear stories about how he often irritated his peers, especially Tiger, but I was expecting worse after hearing some of the previews for this book.

Phil is a great Dad, often a very charitable man, and one of the most entertaining golfers of all time. This just in–people aren’t perfect, and “Phil” is flawed like the rest of us—but I walked away with a better appreciation of a golfer who isn’t as dull as most of his peers.

NOBODY ASKED ME, BUT…. Oh, I miss the glory days of baseball movies. Remember when Hollywood was churning them out left and right? “The Natural,” “Major League,” “Field of Dreams,” and of course, my favorite, “Bull Durham.” The classic minor league story written by Ron Shelton and released in 1988 now has somewhat of a sequel: a book “The Church of Baseball” by Shelton chronicles the making of the classic movie along with the author’s life in and out of baseball which motivated him to write and direct the film. 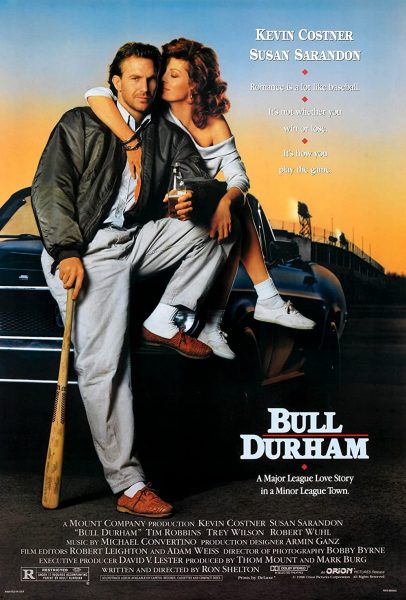 Some interesting tidbits from the Shelton’s book on Bull Durham:

*Paula Abdul misunderstood her role in the movie–she thought she would get a role for choreographing Nuke’s dance moves but didn’t, and when she got the word, she stormed off the set.

*Kevin Costner was cast as Crash Davis without even auditioning. Still, he insisted on playing catch with Shelton and taking batting practice before making it official. Shelton says in the book Costner told him, “You played professionally, I played high school. I gotta pass the test.”

*Some of the fans in the stands for the Jimmy and Millie wedding scene were recruited by Shelton from a nearby Pink Floyd concert. For their time, he offered them free beer—if you look very closely, many were wearing Pink Floyd T-shirts.

EXTRA POINT: Speaking of movies, I read recently that Henry Winkler, who played my boyhood hero, “The Fonz,” turned down the role of “Danny Zuko” with Olivia Newton-John in Grease. Fresh off of a tremendous run with “Happy Days,” Winkler didn’t want to be type cast. Can you imagine? Winkler over Travolta…….??? That, my friends, was a good call—definite thumbs up to the Fonz!