Until a few weeks ago , I had no idea that EVERYTHING in this store was actually a dollar…are you kidding me??!

Yep, no Bait and Switch, no Buyer Beware–this place delivers folks. I think I found a new home.

On my first visit, I asked the checkout girl, “Is everything really a dollar in here?” she smiled and said I was the fifth one to ask her that……that day.

Thank god, I’m not the only Captain Obvious. 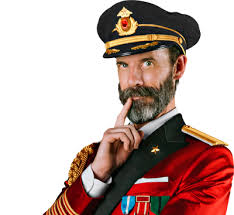 Hey we’ve been fooled before—places like Dollar General and Family Dollar sound nice and looked the part, but it’s apparently in name only. Their inventory is cheap too but it’s not always $1 or less—see this place is special. 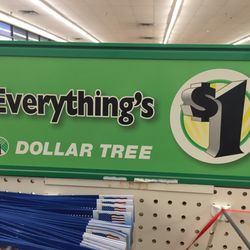 This best place ever has everything, plenty of stuff for kids. I think next year I’m gonna have my daughter’s birthday party here—hey just give every kid fifteen bucks and let them have at it–I would have loved that when I was 12? No need for any goodie bags.

Maybe the cake is a dollar too? Gotta check on that next trip.

I went there for the first time looking for a number “1” candle to go along with my “2” to put on my daughter’s dessert for her birthday dinner–ironically the home of the dollar didn’t have the “1”—pretty poetic huh? 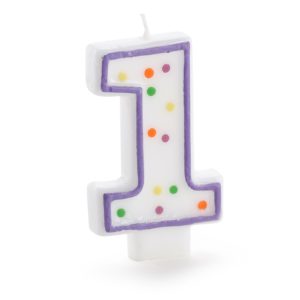 Doing some research on dollar stores, some say grocery stores beat them on more than a few items, but after going to Sam’s and thinking I had a deal buying four boxes of toothpaste for ten dollars, only to see I could have bought the same thing at the Dollar Tree for four bucks??! I won’t be fooled again. 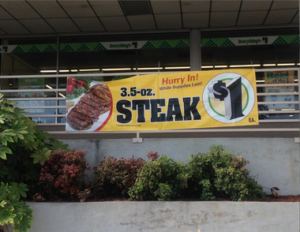 I may have to draw the line there my friends….

The best store in the world, the first stop in this discount shopping spree around the Naborhood, as always thanks for stopping by where we won’t charge you a thing…..

MR WARMTH: Wow, we’ve lost some heavy hitters the past year and a half but losing 90 year old Don Rickles was especially tough for me. There will never be another comedian like Mr Warmth. 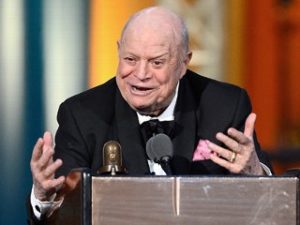 Think about it, the way our society has become so overly politically correct, can you imagine a 23 year old Don Rickles trying to break in today? It wouldn’t happen. Rickles was never mean, he was like that uncle who is always busting everybody’s chops but then would hug you afterwards. That said, Mr Warmth never shied away from taking on every ethnicity in the audience, amazingly he pulled it off but if he had started today instead of the 1950’s, I don’t think my man Rickles would have had a long shelf life– which is sad.

I remember my Dad taking me to Vegas to see him before my senior year in high school. I couldn’t believe how Rickles would take on anybody in the room. Watching him, you came away impressed knowing he was totally unscripted, yet ready for anything. The man was just naturally funny and everybody loved him despite his penchant of undressing everyone around him. 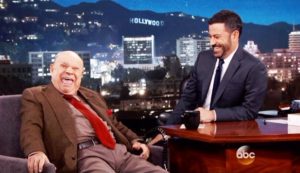 His best friend was Bob Newhart of all people, talk about contrasting personalities? It was one of many examples of his broad appeal. Rickles was respected by his peers and even appreciated by today’s young stars, particularly the Jimmy’s. Fallon always had him on and he was good friends with Kimmel, who got chocked up in an extensive monologue in his first show after Rickles’ death. Kimmel said Rickles would always write him a handwritten note after every appearance and the two would almost always go out to dinner that night as well.

Rickles was even Mr Potato Head in Toy Story….he made every age laugh. So long you “hockey puck” I loved you.

THE NEXT SERGIO?: I always get a kick out of the snobbery of the Masters. The whole event takes itself more than a wee bit too seriously but this year, they had a serious storyline in the unlikely rise of Sergio Garcia. The 37 year old Spanard finally gets a Major in his 74th try?! The golfing gods clearly smiling down from above as Garcia missed more than makeable putt on 18 for the win, only to survive in the playoff. 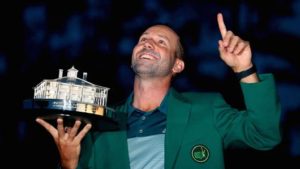 So now with Green Jacket Garcia finally in the clear–who is the next big time hard luck athlete ripe for a similar feel good story? My first thought was Tony Romo, who by now should have won more playoff games but Romo is done, recently retiring to the broadcast booth. (By the way, have no idea how he will do but good riddance to the boring Phil Simms) 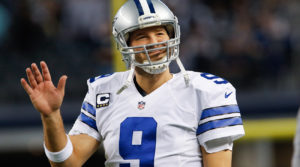 My choice for the hard luck heir apparent to Sergio is one Matt Kuchar. Like Garcia, Kuchar was supposed to win multiple Majors but at the age of 38, has played in 45 major championships and is still looking for his first “W.” This despite having eight top-10 finishes and three top-5 finishes, including his tie for fourth on Sunday. Kuchar finished tied for third at the Masters in 2012, tied for eighth in 2013 and tied for fifth in 2014. 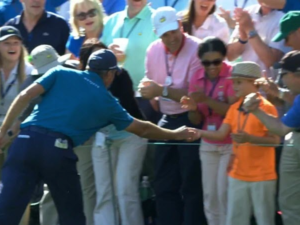 Kuchar might be the most popular golfer on tour as the gallery’s love chanting “Kuuuuch” especially when he delivered the shot of the day in the final round of this year’s Masters– acing 16 and then promptly signing the ball and hand delivering it to a little boy who will never forget it.

So Kuucccchhh you’re on deck and when you pull a Sergio, the crowd will go crazy, it appears that should only be a matter of time.

CHIPPER’S BOOK: You know it’s crazy when your favorite players growing up retire and write books but what really hits you is when the players younger than you write books–well that was the case in Chipper Jones’s latest biography, “Ballplayer.”

We’re not gonna see many careers like Chipper’s anymore–drafted number one overall by one team and playing his whole 19 year career with the Braves. Chipper doesn’t hold back in this one, where he takes you on an entertaining ride. 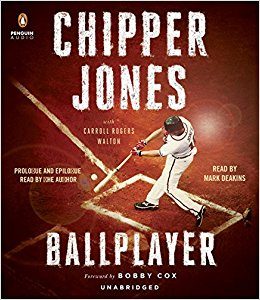 Jones delivers great stories from Tony LaRussa barking at him from the dugout, to the crazy shower antics of Greg Maddux to Barry Bonds blowing him off before a game to Deion Sanders’ glove Lucille.  This bio has a little of everything, fun stuff if you are a diehard baseball fan.

Chipper was frank about steroids saying his first wife Karin talked him out of it as he didn’t want to face his Dad if he ever cheated the game. Speaking of his Dad, that’s who Chipper called every time he was in a slump where out of all of Jones’ Hall of Fame stats, I found this one the most amazing—in Chipper’s first fifteen years in the big leagues, he never went more than thirteen at bats without a base hit–that’s unbelievable. 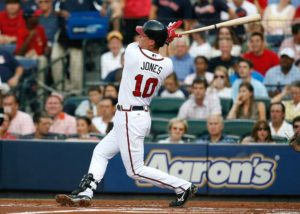 Chipper didn’t shy away about his personal problems where he admitted being unfaithful on a number of occasions, not being a great Dad and being too cocky when he was a young player but you walk away from this book appreciating his career–one which will put him in the Hall of Fame next year.

By the way, when asked out of Maddux, Glavine and Smoltz, who would he choose to pitch,  if he only had one game? Chipper picked Smoltzie, citing his great playoff record. Great book, I highly recommend it!

NOBODY ASKED ME, BUT: It’s amazing to me how people go crazy over Spring Football these days. The games are often prime time now with record crowds and much more buzz than when I was in college. Heck. more buzz than even four or five years ago….

Florida hasn’t had a good quarterback since the clock ran out on  Tebow Time –so many Gators are hoping freshman Feleipe Franks will do what Brantley, Driskel, Harris, Greer, Del Rio and Appleby couldn’t—what a crazy run. 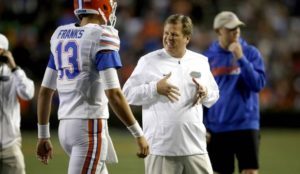 Sure, Franks looked great and much more relaxed this spring but he was facing a far inferior defense, so it’s still hard to really gauge his progress. He has it all–size, big arm and a fantastic QB name but unlike all the Spring hype these days, Gator fans should precede with caution.

I’ll never forget my senior year at Florida, the spring game was in Jacksonville because they were renovating Florida Field—starter Kyle Morris was supposed to be Steve Spurrier’s first starting quarterback but he threw four picks in the spring game and the Head Ball Coach elevated some fifth stringer named Shane Matthews.

That was a good move, young Feleipe can only hope his promising spring will produce the same type of career.

EXTRA POINT: The NFL Draft should be fun this year where I can’t wait to see where these running backs will go? Leonard Fournette, Dalvin Cook and Christian McCaffrey should all be first rounders. I know many don’t like taking running backs early in the draft, but I disagree, I think all three have great careers. Fournette should have the best if he can stay healthy.