The whole “fake news” catchphrase can be funny for some (including me) but most of the time I find it really annoying.

Sure it’s easy to pile on the media—criticizing the fourth estate has become trendy–sometimes they deserve it but more often than not they’re good people doing great work.

Like the bad media—you have bad teachers, bad police officers and yes our share of bad lawyers—but there is much more good than bad, we need to remember that.

Recently we got a clear reminder of the good media….. 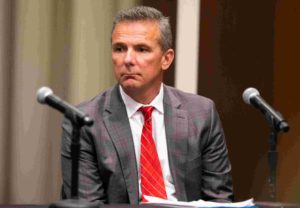 If it wasn’t for the brilliant work of investigative reporter Brett McMurphy—Urban Meyer would be gearing up for Oregon State in favor of a three game suspension. McMurphy of course broke the story of Meyer turning the other cheek for years regarding his despicable and now former wide receiver Coach Zach Smith who not only abused his wife but did a number of offensive things just a few doors down from Meyer in Columbus and away from Columbus.

The power of the press is a big responsibility and credit McMurphy for giving us all a clear reminder of how effective it can be. Many Head Coaches like Meyer, Joe Paterno and Maryland’s D.J Durkin feel they are invincible–but somebody needs to hold them accountable.

That’s the media’s job…..and most of the time they do it very well.

Sorry it’s not Fake News—it’s often groundbreaking news—something the media gets criticized for when they get wrong (deservingly so)  but rarely rewarded when they get right—and they get it right a lot. 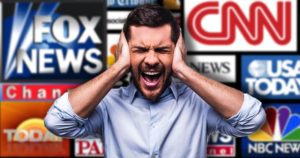 You shouldn’t get credit for just doing your job but when my profession is constantly being slammed for having an agenda, being reckless or abusing its power—it should be lauded when they make a difference.

Some athletes find trouble with the law but I’ve found 90% are great people who do a lot for the community and this applies to the real world too.

Yes some police officers abuse their power but I respect most for putting their lives on the line in a challenging occupation.

There are crooked lawyers out there but I grew up surrounded by many men and women who are a credit to their profession.

I have disliked a handful of teachers in my life for a variety of reasons but have a great respect for the majority who have helped me in countless ways.

The same applies for the media.

Let the reporting of McMurphy serve as a great example that the majority of journalists do things right and much of their work results in positive gains for the common good.

Don’t let the bad apples ruin it for the rest of us and this applies to every walk of life.

Fake News…..not buying it. It’s about time we got the facts straight here.

Defending the Media, my first stop in another jog around the Naborhood, as always—thanks for stopping by.

ARETHA/MCCAIN/SIMON: It’s cliche but often holds true—we tend to unfortunately lose the great ones in threes. Most recently, it was the emotional passing of Aretha Franklin and John McCain—I remember thinking about both when watching the news and hearing that legendary screenwriter/playwright Neil Simon left us—-crazy coincidence. 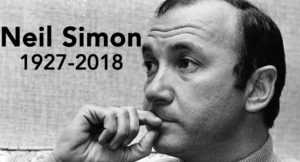 Hard to beat Simon’s resume where he is the Kevin Bacon of writers creating the Odd Couple and contributing to the likes of MASH, All in the Family and one of my favorite movies, Annie Hall among many othes.

In our latest political climate, it was the worst time to lose Senator John McCain as we simply need more John McCains. He was the rare politician who worked with both parties and seemed to offer the right perspective at the right time. I also appreciated the fact he never took himself too seriously, where there continue to be several testimonials after his passing of him being a common man—but the truth is his background was so uncommon for a politician. 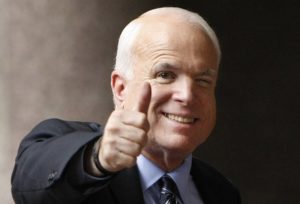 McCain’s amazing history as a POW in the Vietnam war, where he amazingly spent over a year with broken bones in solitary confinement gave him the unique platform to be a voice in Washington–something he took to heart—till the end of his 81 years.

He has many lasting legacies but the fact McCain wanted both Barack Obama and George W. Bush to speak at his funeral says everything–the same two men who kept McCain from both a Presidency and a GOP nomination. A  good lesson for future and current politicians—lord knows Washington should take to heart these days—and I mean both parties.

I’ve always appreciated Aretha Franklin’s impact. Funny, my introduction to the Queen of Soul was as a youngster watching her cameo in the Blues Brothers–ironically that movie helped Franklin revive her career. 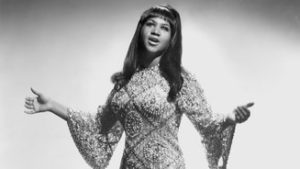 She won 18 Grammy’s but wasn’t just a singer, she was a talented songwriter too—ironically she didn’t get credit for tweaking arguably her most famous song, “RESPECT.” Otis Redding originally wrote it about a man down on his luck looking for a respect as a breadwinner, Aretha turned it into a feminist ballad demanding a women get respect from her man—it was an instant hit and ultimately iconic.

So was the Queen of Soul–while I appreciate her pre “Blue Brothers” hits, I grew up in the 80’s and 90’s loving the likes of “Freeway of Love,” Who’s Zoomin Who?‘ and “I knew you were waiting for me.” They are still very active on my iPOD and have been for years—thanks Aretha—-you’ll be missed.

FEARLESS FOOTBALL PREDICTIONS: Ok with college football and the NFL upon us—I ask people don’t let the anthem or the reckless behavior of college coaches make you not watch—-most things are positive where this should be one of the best times of year for sports—so much to look forward to.

It would be easy for me to pick Bama & Clemson in the National Title game or throw the Patriots into another Super Bowl  but we’re not about easy here—–no, here are is my Fearless Football Forecast: 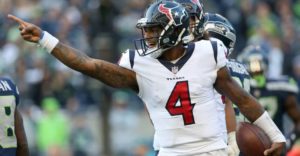 (1) TEXANS MAKE THE SUPER BOWL: I really like second year QB Deshaun Watson who would have been the rookie of the year if he hadn’t had a knee injury last season, but he’s back and I think he will be better than ever.

The AFC is watered down and I love the Texans weapons around Watson combined with the potential on defenseof a healthy JJ Watt an Javeon Clowney playing together. I think the Patriots lost too much in the offseason and believe the Jaguars will take a step back–I have the Texans in the Super Bowl. 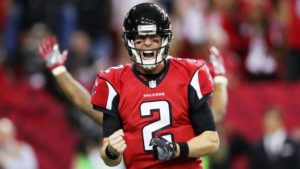 (2) FALCONS WIN IT ALL: The NFC is loaded but I think Atlanta will be the big winner and ultimately will be this year’s Super Bowl champ. Last year they were recovering from a brutal loss to the Patriots and breaking in a new offensive coordinator in Steve Sarkisian—this year they get their mojo and their balance back on offensive—that with a talented “D” has them becoming the first team to win a Super Bowl in their home stadium as the big game is in the ATL next year. 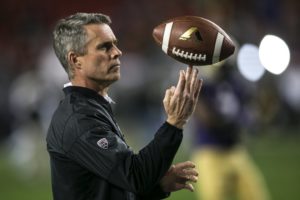 (3) WASHINGTON WINS THE NATTY: I was wondering if Head Coach Chris Petersen would ever leave Boise State but he did and has picked up right where he left off with the Huskies. I know it’s dangerous picking against the mighty SEC but in four years Peterson has Washington now a national power and returns his most talent yet. Give me Washington over Georgia in the National Title Game.

(4) MULLEN & TAGGART BOTH WIN: They both are in their first seasons, they both have quarterback controversies but I feel both Dan Mullen and Willie Taggart will have successful first seasons in both Gainesville and Tallahassee. Mullen give the Gators the offensive mind they have lacked for years and Taggert is the perfect coach to revitalize the Seminole nation burned by the Jimbo residue. Both guys will recruit and have proven they can rebuild Miss State and USF–if they can do that there–give them added resources, they both should flourish in their new jobs.

NOBODY ASKED ME, BUT…With the NFL season about to kick off, our friends at TickPick – the no-fee secondary marketplace – has released the ten most expensive regular season games of the year 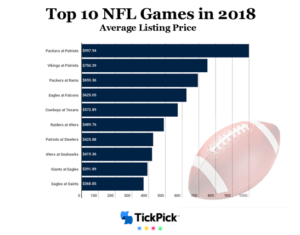 This is interesting on a lot of levels where the Packers at Patriots lead the list with the top ticket. Last year’s Super Bowl teams, the Pats and the Eagles both have three games on the list, but what stands out the most is that 14 different teams make the cut here—-this is why the NFL is still king, it has the most parity of any league around, hence the most popularity.

EXTRA POINT: Speaking of the Eagles, their Greatest Hits (1971-1975) released in February of 1976 is now the best selling record of all time-passing Michael Jackson’s “Thriller” which held the title for more than 30 years! Both are fantastic but if I had to pick one, gotta go with MJ whom I just happen to share a birthday with. Amazingly, he would have turned 60 this month?!