Growing up in the Sunshine State, there is no doubt I am spoiled rotten when it comes to your doppler forecast. For crying out loud, I cringe when I have to scrape ice off of my windshield a “handful” of times a year.

For the record, I have never had to shovel any snow off my driveway and consider it cold when it dips under 60 degrees.

It seems weather is an issue more so every year and it affects us all in some form or fashion but alas I have a simple solution to cure everything—why don’t we schedule more Super Bowls?!

I still can’t get over the fact that the New Jersey Super Bowl went off without a hitch. Super Sunday seems to be the only day all Winter where the weather was in fact Super in the Northeast.

The ripple effect is likely more cold weather Super Sundays in our future, which I simply can’t stand. The NFL dodged a big time bullet in its New Jersey experiment and I wish they would walk away knowing they got away with one.

Maybe its further proof the National “Fortunate” League can do no wrong. Despite Richie Incognito, Aaron Hernandez, concussion lawsuits and Bountygate it still cruises along. This league is like a New York cab—-no matter the obstacles or close calls—it never crashes.

Weather Warriors—our first pitstop in this week’s walk around the Hood—thanks for stopping by.

GAY NFL:  The NFL may have sidestepped Super snow but it can’t stiff arm its latest talking point—seemingly their first”openly” gay football player. Missouri defensive lineman Michael Sam opened up and it seems there was no other story for a week in the world of sports. I look forward to the day when Sam’s story will be as normal as any transaction on the waiver wire. 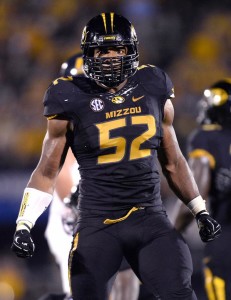 Its comical to me that people are surprised that there are pro and college football players who are gay. Ask almost any player or coach and most will tell you they have known of gay athletes in their locker room for decades.  Clemson coach Dabo Sweeney said that he had gay teammates at Alabama.

I always think of my reserved grandfather who was a colonel in the second World War. When the “don’t ask, don’t tell” legislation was being proposed, he didn’t bat an eye, saying everyone has always known about gays in the military—and many could have cared less. Besides your idiots on twitter—I really feel most of the current players feel the same way. If they don’t, well that’s frankly their problem.

You have to give Sam credit for having the courage to make things public but I give the Missouri football program many kudos for knowing and not making a big deal about it all season. Truth be told—many Tigers have known this for years but kept things in house. I know they’re not the only school who does this.

I would be shocked if Sam isn’t drafted. Sure they’re are questions about his size, his speed and many feel he’s a tweener but I can’t imagine the NFL not finding a home for the reigning SEC Defensive player of the year. The last seven have been 1st round picks and have been contributors from Day one. You’re talking about the likes of Jarvis Jones, Mo Claiborne and Patrick Peterson. Sam may not have their talent, but please judge him on his tackling ability not his sexual preference. Sam seems to be equipped to handle all the pressure well—just keep him out of the Dolphins locker room.

SIGNING DAY STRESS: I love following the buildup to the NFL Draft but have never been a fan of the recruiting process. There have been more busts over the years on the recruiting trail than those that reside in the Pro Football Hall of Fame. Guys like FSU’s Jameis Winston are surely the exception and hardly  the rule—a player who was highly touted and delivered dividends immediately. For every Winston is a Tyrik Rollison, a Eugene Smith and a Tyler Russell. 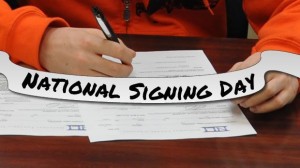 Who are they?? They were your Parade All-American QB’s back in 2008 who never panned out. Looking back even in recent history–its amazing how those recruiting guru’s having a batting average under the Mendoza line. The 2010 Parade All-American Player of the Year was a lineman by the name of Seantrel Richardson who ended up being a very average player at Miami. In 2011 sure Parade had Johnny Manziel and Jadeveon Clowney on its list but its Player of the Year was a wide receiver in Kasen WIlliams who has had an injury plagued career at Washington.

Sure you can’t forecast injuries but so many of these kids who are built up don’t qualify or just don’t have the mental makeup to shine at the next level. NFL rosters are chock full of walk-ons and small school overachievers or are they just overlooked? I always like lookiing back at so called great recruiting classes often which often fall short of the hype. Its a big reason why National Signing Day is a big tease—hardly a grand predictor of long term football success.

MOUNT RUSHMORE: You know the names—Washington, Jefferson, Teddy Roosevelt and Lincoln–the fearsome foursome who comprise Mount Rushmore. They were sculpted by a man by the name of  Gutzon Borglum along with 400 co-workers who selected this final four because of  their role in preserving the Republic and expanding its territory. Sure if it was a broader criteria—we all may do some editing on which president would make our respective final fours. Lately though, the historical monument has become a metaphor in the world of sports. 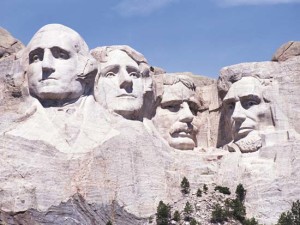 Lebron James wondered recently if one day he will be on the Mount Rushmore of the NBA. I think he may already be. You figure Jordan and Magic are layups. After that quite the room for debate—while Bill Russell and his rings make a case—I would have  to pick Kareem Abdul Jabbar for the third spot as he has the championships, remains the all time leading scorer and maybe that cameo in Airplane puts him over the top? Lebron to me is the last entry as no other player in NBA history is as versatile and arguably as skilled. He has two rings and should be around the better part of the next 10 years to pad his stats. A fun debate he revved up though—much better than his “The Decision” nonsense.

JETER’S LEGACY: This week the Mt Rushmore argument gathered further steam with Derek Jeter’s surprising announcement that he will retire after this season. I’ve never been a Yankees fan but don’t know many who aren’t a fan of this future Hall of Famer. In an era full of juicing up, Jeter was always there to clean things up with clutch hits and class. While he is certainly one of the better Yankees of all time—he doesn’t make my Pinstripe Mount Rushmore—let’s take a look at the numbers:

Narrowing it down to best four Yankees of all time—Ruth is a given. Gehrig you can’t leave off with his production and his durability. DiMaggio had impressive numbers especially when you consider what could have been. Joltin Joe turned in three years of military service in his prime and retired when he was only 36—still he amazingly had more RBI’s than Mantle. So to me it comes down to Mantle and Jeter and it was a tougher call than I first thought. While Jeter makes a case with more hits and a better average—Mantle’s overall game gets him in the final four by a hair.

The interesting part of Jeter’s legacy is how he carried himself in his 20 years in the spotlight of the Big Apple. In this day and age of TMZ, Social Media and camera phones—not a peep of controversy out of the Yankee captain, which is quite a feat considering he certainly enjoyed the night life. Now if we only had all of the above when Ruth and Mantle were in their prime—-can you imagine??

THE LENO LEGACY : I have watched less and less late night talk shows over the years but saw plenty of Jay Leno in his prime. I never really loved or hated him. To me he was a singles peformer—he was never bad but never gave me those home run laugh at loud moments like Letterman, often Conan O’Brien and occasionally Jimmy Fallon. 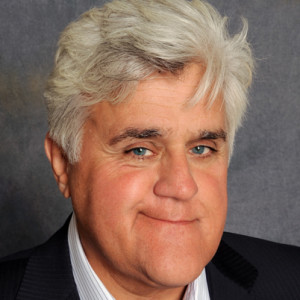 While Jimmy, Conan and Dave weren’t as consistent as Leno—I always liked them better because they would occasionally have that segment that would tower over Jay’s. Leno is a superb standup comedian but will never be my favorite because of that—he was always good but hardly ever great.

NOBODY ASKED ME BUT….Its so cliche but often so very true—celebrities leave us in three’s. Recently we said goodbye to Shirley Temple, Sid Caesar and Phillip Seymour Hoffman. While Tempe was 85 and Sid Caesar was 91—Hoffman was only 46 when he had a terrible drug relapse and died of a heroin overdose. He was the rare actor that didn’t have to be an action hero or the leading man to steal a scene or a movie—he was just talented enough to do it because of his versatility and unbelievable acting ability.

I first remember him in one of my favorite movies “Scent of a Woman,” where he played the small part of the spoiled rich kid but all of his scenes were memorable. The kind of part that set the tone for a career where he was one of my generation’s most talented actors. I heard a 60 minutes interview with him where he admitted being very hard on himself and always taking each role in fear that it would be his last. Hoffman had that passion that many in his field don’t—you got the impression he would be an actor even if it didn’t pay millions of dollars. Its a shame we won’t see him on the big screen anymore.

EXTRA POINT: They are the best four words in sports my friends: “Pitchers and Catchers report”. Baseball is near—all once again will be right with our world!