It’s so easy to quit right?

Just say you don’t have time anymore? There are a million excuses to stop doing something that is often challenging.

That’s how I felt about this blog when I was ready to put it to bed after 2020….then I got a reminder around Christmas.

One of my oldest friends wrote me (yes a thoughtful hand written note) in a Christmas card saying he enjoyed the blog and that I should keep it going. It was like he knew what I was thinking, it was nice and I appreciated it a great deal. I like to tell young reporters–you never know who’s watching–well in this case, you never know who’s reading?

Hearing from an old friend was nice but I knew deep down I couldn’t let this go—-it’s become much more than a blog. It has motivated me on many levels to keep something going I often don’t have the motivation to do which has made me better in many ways.

The fact is I have loved writing this blog. Often it’s been therapeutic and has opened new options both in my career and  introduced me to people and companies in a variety of arenas.

Still, writing it was something I often dreaded as it was hard to fit in with work and everything else in my life. (Excuses, Excuses)

For nine years, every month I’ve found time to sit down for more than a few hours and string together a collection of ideas and opinions on things that have stood out to me over a month’s span.  Some are newsworthy, others could be something I have read or a personal story I thought those reading this could relate to or possibly help me better understand?

Some months it’s easy to do, but often it’s not.

I never wanted that feeling even when it comes to my silly blog.

That thought process has helped me in many areas I’ve strived to improve—from being a better public speaker, to my work in obtaining my masters degree to even my weekly runs–anything that needs extra motivation to accomplish. Sometimes in life you approach a task with lots of hesitation but being able to tackle it gives you a greater sense of self worth and accomplishment. The old “if I can tackle it on this day, I can do it any day moving forward” mindset—I believe there is something to be said for that line of thinking. 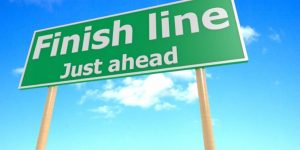 This blog has often done that for me. It’s made me more disciplined and ultimately kept my writing fresh and my mind active at all times. Sometimes you take that challenge for granted or you easily grow tired of pushing yourself.

Just like finishing a five mile run after dreading it beforehand or wrapping up a great day at work after not wanting to get out of bed that morning—the finish line is always much more satisfying when you overcome all the excuses to why you couldn’t get it done to begin with.

This blog has motivated me every month for nine years, I can’t stop now. It’s more than writing, it’s really served as self-motivation in many areas of my life.

Why I blog? The first stop as we kick off another year in the Naborhood, as always thanks for stopping by.

THE ART OF RE-INVENTION: I’ve been around a lot of athletes who don’t know what to do once they retire and it’s understandable. They have been great at something their whole life but the majority must stop doing it at a very young age. For many, being a good athlete is all they know but like many of us we often have the skills to re-invent our careers whether it’s being an athlete or someone who is laid off after years of working the same job for decades.

That’s why I have always appreciated Michael Strahan. The Hall of Fame defensive end left the game after winning the Super Bowl and has never looked back constantly creating new options and succeeding at every turn. A part of it is his upbringing where his father was in the military and made him mow countless lawns to pay for “half” of a 1200.00 BMX bike he coveted. I love that Strahan “still” has that bike because he admits he worked too hard to ever give it up. 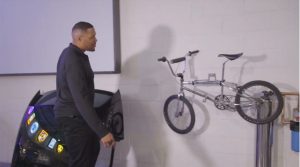 Recently INC Magazine’s Chris Nashawaty wrote an insightful article on Strahan who used many of his interpersonal “non-football skills” which enabled him to jump right into broadcasting replacing Regis Philbin. His impressive drive enabled him to continue his uphill climb hosting pregame shows for Fox, game shows like the 100,00 pyramid as well as Good Morning America. On top of that he created a successful clothing line where he continued to adapt during the pandemic where he merged his business with Men’s Wearhouse  and partnered with QVC & HSN to keep it alive financially—so impressive. 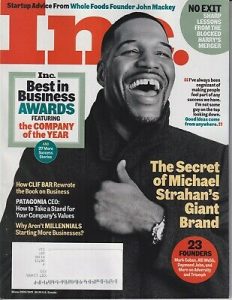 Strahan told INC a valuable piece of advice in these modern economic times, “If you have the chance to pivot, do it!” I couldn’t agree more and while that is a great way to approach life, the best advice Strahan ever received was from his strict Dad who would always correct his son growing up whenever he said “if.” No son it’s not “if, it’s when.” Fast forward thinking the son took to heart where he has been “whenning” ever since he stepped off the football field.

HAMMERIN’ HANK: .I love the idea of changing the Atlanta Braves to the Atlanta Hammers–it’s the right move at the right time. The perfect tribute to the late Hammerin’ Hank Aaron who we were reminded lately  was much more than just the All-Time Home Run King (sorry Barry, you know we’re right).

Sure Aaron may not have been the most talented player in major league history but he was the most consistent. He hit 755 home runs without hitting 50 in one year? Amazing. What’s more amazing are all the great stories you heard of Aaron the person the days after his passing.

My favorite was from a friend and Rays broadcaster Neil Solondz who remembers his first encounter with Aaron when he was calling minor league games for the Durham Bulls. Solondz said back in 2006, unassuming man walked up to the stadium’s ticket office ready to buy an $8 ticket to see a Triple-A game. Fortunately, the staff quickly recognized it was Aaron who was quickly escorted up to the owner’s booth and ended up spending some time with Solondz calling the game as seen here.

How many athletes of his legendary stature would do that?
Those Aaron moments and stories are plentiful, telling of a man who could have been bitter playing through all the racism and subsequent death threats he received when he eventually broke Babe Ruth’s career home run record but he wasn’t. By all those who were close to him instead, Hammerin’ Hank was modest and grateful, quite an example.
I regrettably never met Hank Aaron but feel like I did recently hearing all the personal tributes to him. He left us more than bunches of home run, he passed on a wealth of dignity and class. Most of all he left many a template of how to handle the hardest of times as an athlete, what a big loss.
LET SCHILLING IN: While Aaron personifies class, Curt Schilling has surely been the polar opposite as polarizing as they come. He’s not shy to offer up tough opinions and embrace those with insensitive views. This coupled with his radical political posts on social media, often and rightfully make him a controversial figure.
But you know what, he should be in the Hall of Fame.
This year again, Schilling was denied admission to Cooperstown but he wasn’t alone—nobody received enough votes from the baseball writers and I don’t agree with it. I’m  a firm believer you judge athletes by what they did on the field and judging Schilling there wasn’t a more clutch performer in the postseason and no pitcher in the “history” of the game had  pitched as long as he did and had a better strikeout to walk ratio. This isn’t a Barry Bonds or Roger Clemens argument, Schilling was never suspected of using any performance enhancing drugs. 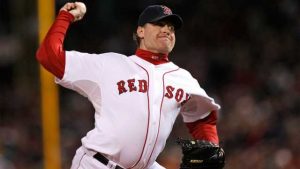 I use the Warren Sapp rule with Schilling, Sapp was the worst person I have ever covered in pro sports in terms of the way he treated people but he was a Hall of Fame player. Some guys aren’t Hall of Fame people, I just think in terms of this context they should be judged on what the did between the lines.
Would I want to have dinner with Schilling? Absolutely not. Would I vote him in the Hall of Fame? absolutely.
NOBODY ASKED ME, BUT: It’s an NFL rule that keeps coming back to hurt teams and players and it must stop and must stop NOW! Could we please put an end to the old goal lined fumbles that go out of bound turned touchbacks? Ridiculous! 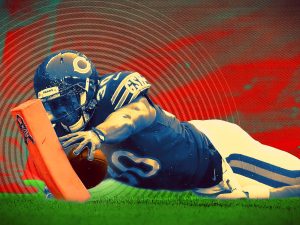 It’s not fair and it wrongly rewards opposing teams who often didn’t make a play on the ball. Recent evidence did have an opposing player make a play but it’s still the wrong call. This rule severely crushed the Cleveland Browns in their recent playoff game against Kansas City. Right before the half Browns quarterback Baker Mayfield found Rashard Higgins who looked to score until Chiefs defender Daniel Sorensen hit Higgins (a helmet to helmet which wasn’t called) and the ball preceded to go into the end zone and then out of bounds.
The result—the Chiefs get the ball? This is crazy.
How about we do this, if it happens again–the offensive team has to move back to the 20 yard line? It still seems extreme but it beats changing the complexion of the game for a play which is often the result of a good extra effort gone bad.
The worst rule in football….long overdue.
EXTRA POINT: Ok after watching the Bucs lose to the Saints 38-3  in the worst game of Tom Brady’s career back in October, I’m shocked that the Bucs made the Super Bowl. I picked them to lose to the Saints, and then to the Packers and I’m gonna favor the Chiefs to win the big game in Tampa, which means the Bucs are probably gonna win it all?!  What an amazing story in an amazing year for “Champa” bay sports….just wish the fans could have enjoyed the ride.
UNTIL NEXT BLOG,
Mike Nabors
@mikenabors
PHOTO CREDITS: Getty Images, Ringer illustration, recruitability, blog bloke tips, start a blog, INC, Good Housekeeping, The Ringer, WCVB, MLB.com & sugar cayne