As sports fans we are both passionate and overprotective. We often treat our favorite sport like they’re our children–how dare you criticize them!

Hockey fans often say’ “you’ll change your mind if you see our sport in person” True— its terrible on TV.

Baseball fans often fire back “if you don’t like our sport, you don’t understand it”

And then every four years, I face my own dilemma …… 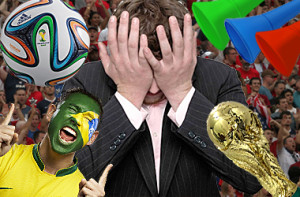 and FIFA—-I get a Fanatical “F” on all of the above. I’m hardly worldly when it comes to the Cup Craziness. Unlike many though, I refuse to hate on my soccer friends–for their sake, I want the game to grow–can’t we all just get along?

Not watching the World Cup always leaves me feeling a bit empty like I’m missing a good party or a movie that everyone is raving about.  I’m not unpatriotic— go USA!—having them advance may have me start watching but sorry, I can’t stay glued to Germany vs Ghana.

Maybe one day soccer will catch on in the United States and not run out of steam seemingly as it always does weeks after every other World Cup . I hope for all of my buddies who love the sport that happens ….

While the World Cup doesn’t interest me, I have observed its common ground with another segment of our population who have received its share of haters—how bout Cats??!  Like the World Cup–Cats are enjoying a resurgence in street cred— whether its this recent youtube clip of this cat moving up a few weight classes to beat up a dog while saving a young boys life: 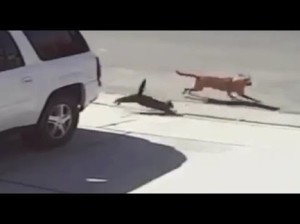 Or how about Cats and college football where Blue Chip QB JT Granato was swayed by Rice University as they sent a recruiting offer to his favorite feline?? 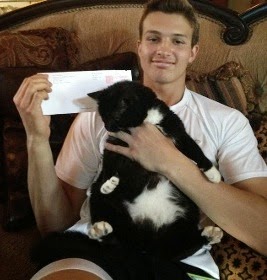 Yeah Cats and Soccer all the rage this summer—who knew right?  For now I’ll settle for  dogs and baseball–just two observations we “kick” around the Naborhood this week. As usual—thanks for stopping by.

REDSKINS? Usually when we hear a racial slur or offensive comment , we immediately know what the consequences are and more importantly should be. When Eagles receiver Riley Cooper was caught saying the N-word, he was nearly kicked off his team. When Donald Sterling was exposed on tape, he was of course banned from the NBA—- but when it comes to the Redskins—for me the situation isn’t nearly as cut and dry.

I have to admit watching the Redskins win Super Bowls in 1982 and then in  87 and 91, I never thought the name was offensive and frankly didn’t hear anyone from the government or media take offense either? Covering a few Redskins games in Washington over the years, I took in the environment and always interpreted the name as a tribute to Native Americans.

Recently though–the momentum is strong to rid the Redskins where  the U.S Patent and Trademark office announced it no longer will protect it anymore.. The move puts lots of pressure on Washington owner Daniel Snyder and the league to make a move. I’m always sensitive if its offensive to any Native Americans but hope that’s the reason for the change— not because its become an issue of political correctness. No one should underestimate how much an issue can affect someone if you’re not the one getting hurt—let’s just hope this one plays out for the right reasons.

Recently Oneida Indian Nation polled thousands of current Redskins fans and  found that 55% have no problem changing the name of their team. If that’s the case change is good and I hope the NFL makes it—let’s leave the government out of this though—I think its safe to say they have bigger priorities these days…..

TONY GWYNN: Very sad to hear the premature passing of a baseball player who shined during the prime of my childhood fandom. Growing up, my Dad had a great idea in our annual trip to Atlanta to catch a Braves series where we would stay in the hotel of the visiting team to get autographs. One of those trips was in the hotel of the San Diego Padres who had some rookie outfielder named Tony Gwynn. I remember getting his autograph in the lobby of that hotel and as you have heard by now, he was as good off the field as he was on it. 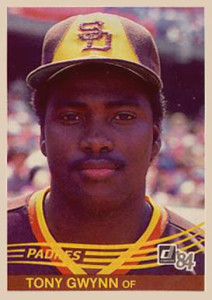 Its gonna be hard to find another hitter in the game like him. The best pure one since Ted Williams—Gwynn won 8 batting titles where his lifetime mark was a remarkable .338. A friend of mine tells me he heard an interview with Chipper Jones who said Gwynn could have gone 0h for 1000 and still finished 2 points higher than Jones’ lifetime .305 avg.

Gwynn died of mouth cancer which he believed was caused by his years of using smokeless tobacco. Its a habit which has gotten better in the big leagues where in the last 20 years, its use is down from 50 to 33 percent among its players but that’s still 10 times more than the general population. Hitting was Gwynn’s legacy but saving future lives will also be part of a memory of a great man who left us much too soon at the age of 54.

SUBSTANCE OVER STYLE: Its ironic on the same week we lost Hall of Fame Steelers Head Coach Chuck Noll that Spurs Head Man Gregg Popovich picked up his fifth title—-both guys are so much alike save their different sports.

Both were all business. Both shunned the media and both stiff armed any attention or endorsements.  Both were winners and won with their core intact for years. 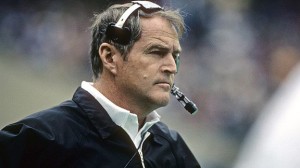 Nobody won more Super Bowls than Noll who turned around a Steelers franchise that was a joke when he took over. Nine of his draftees are in the Hall of Fame but it seems the likes of Lombardi, Walsh and Belichick get more credit, which I think is a shame. 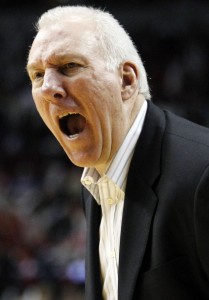 The same can be said about Popovich. Chuck Daly was a better dresser, Pat Riley had better hair, Phil Jackson and Red Auerback had better superstars but for my money you could say Popovich was just as good if not better than all of them. In this modern day of coaching, he has more longevity,currently than any coach in the big four sports and he’s had 17 straight winning seasons—an NBA record that might never be touched.

Both guys preached toughness to their players where I love what former Steelers RB Rocky Bleier shared about Noll to Sports Illustrated—its a teaching moment he shared with the Steelers after a tough practice:

“Let me tell you a story about two monks who are on a journey,” Noll said. “Sometime during their journey they stop at a clearing and in the clearing is a stream. On the one side of the stream is a fair maiden trying to cross. And the first monk, without hesitation, picks up the fair maiden and carries her across and sets her down. The two monks carry on in silence. Sometime later on their journey they stop at another clearing. The second monk says to the first monk, “You picked up that maiden, do you know it’s against our beliefs and our religion to touch a person of the opposite sex?”

The first monk says, “I set her down back there, but you carried her all the way here.” Noll’s lesson—move past your failures and don’t let them linger—a good message in sports and in life by a football coach who touched many.

NOBODY ASKED ME BUT….Hearing the passing of Casey Kasem sent me straight down memory lane. Before I-Pods, I-Pads, and XM Radio, for many of us all we had was his American Top 40. It was a big deal growing up where his voice and his infamous Long Distance Dedications were a staple in the back seat of our family station wagon. The first glimpse  of what the best songs in the country were. 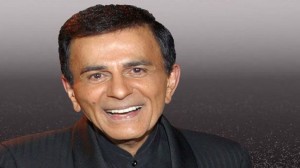 When I think about it, Casey timed his career perfectly. With all of the technology these days, he wouldn’t have been nearly as big today as he was back in the 70’s and 80’s. Like MTV Music Videos, Kasem was a big part of my childhood and teenage years where hearing and reading the many tributes of his life took me  back to a time when life was a lot simpler were our man Casey routinely had us all “reaching for the stars.”

EXTRA POINT: Speaking of the good ole days, how bout this–one of my favorites “The Karate Kid” is amazingly celebrating its 30th anniversary this week. 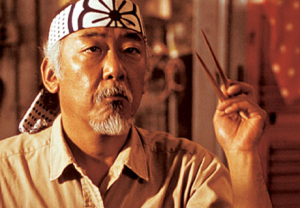 Funny thought after all these years pitched by Entertainment Weekly –nobody ever explained how Mr Miyagi could afford all of those classic cars….