…and I’m not talking about our temporary confinement, we will get through this!

Enough of the toilet paper hoarders…..and yes you bread hoarders need to relax too.

and enough of the finger pointing…where the best advice I have heard so far during this pandemic was uttered by Shark Tank sage Mark Cuban “It’s just wasted energy criticizing people right now.”

Couldn’t agree more. Every side in this Corona crisis has made mistakes but give people a break—both politicians and the media are approaching this type of pandemic for the first time–let’s all stop pointing fingers and just focus on getting through it because we’re all experiencing different levels of stress.

For as long as we all have lived, we’ve shared the burden.

Some parts of our country get hit by hurricanes, others by tornadoes and still others by earthquakes.We feel for those at the time— while also feeling a great sense of helplessness knowing there isn’t much we can do.

These days it’s a different feeling…it’s our COLLECTIVE burden.

No hurricanes, no tornadoes or earthquakes–we are all Corona crazy and it’s unsettling….. 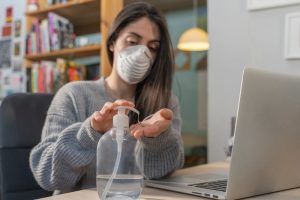 I feel for so many—those in the medical and healthcare fields who are risking their health while working around the clock. I feel for those business owners who are suddenly left with nothing. I feel for teachers who seemingly at the drop of a hat have to clean out their classes and do their jobs from home.

On a different level I feel for college and high school seniors who can’t enjoy the stretch run of what should be  weeks of unforgettable memories: prom, countless sporting events and seemingly no graduation ceremonies. You can’t have those memories back……a real shame.

So how do we handle this?

As hard as it is—I really have tried to accentuate the positive.

Have you actually had a positive COVID-19 moment the past few weeks? Might be finishing up something you have been putting off or possibly something you just took advantage of with all of this newfound spare time? 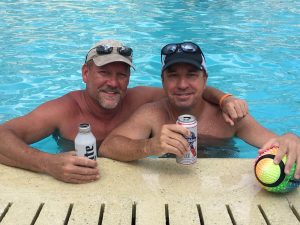 My favorite “Corona moment” was a phone call from my younger brother. Keep in mind, our longest (pre-Corona) phone call in our 48 years together was maybe 20 minutes at the most.

This one was different.

He reached out as we both own businesses that have been effected by Corona and will continue too. We talked and talked and kept on talking. When we hung up the phone, we both realized this conversation lasted…wait for it… over an hour and a half!

I know we could have easily could have talked longer. We texted afterwards where we couldn’t believe it.

Having common ground during these times should create more Corona moments of a positive sort. We have more time so why not use it the best way we can?

Sure I fixed the back fence in my yard, am reading more and running longer but the highlight was the over hour and a half with my brother—-hope you are enjoying the same kinds of phone calls and experienes?

Your Corona moment the first stop in another trip around the Naborhood, as always taking for stopping by…..

THE FALLON FAMILY: Everybody is affected by being quarantined and that includes late night talk show hosts. While I have seen many creative approaches at the local, regional and national levels, I have to give it up to Jimmy Fallon and his family for going the extra mile.

Fallon’s wife Nancy Juvonen is a film producer but has turned into a one woman production crew the past few weeks as she has shot her husband’s segments from their home.

Kudos to her and the host but let’s be honest, those Fallon girls have been the real stars. 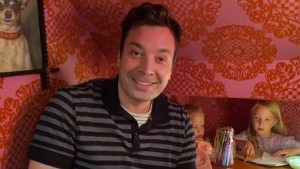 Having two daughters I appreciate the Fallon girls’ extremely unscripted approach?! Winnie who is six and Franny who is five could seemingly care less about being on national tv. These segments are real and raw as the girls often interrupt Dad while he does his opening monologue. Love how they heckle dad when he tells lame jokes or interrupts him while he’s interviewing guests like Jennifer Garner.

The girls will look back one day and really appreciate these unconventional times but I appreciate them now. Keep it up Fallon clan!!

BRADY & JAMEIS: OK, I will file this one in the “I was wrong department.” I thought the Bucs should have picked Jameis Winston number one overall out of FSU five years ago and I never thought I would see Tom Brady in a Bucs uniform…wrong and wrong! 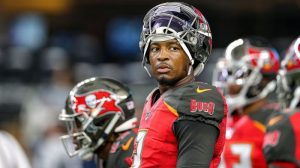 Winston just couldn’t stop turning the ball over–a shame considering he may have as much natural talent as any quarterback in the NFL but Tom Brady is proof you need more than athletic ability. The GOAT himself has succeeded by playing smart and clutch into almost his mid forties.

So what will happen next? If the Bucs can improve their offensive line and bolster their running game, they are an immediate playoff team and with a little luck (staying healthy and getting a few bounces) could make a run now in the playoffs. A lot of if’s…..

As for Jameis, I always maintained (and I think the Bucs knew this) that his market wasn’t gonna be great this offseason. He’s too risky to hand over the keys to as a full time starter now and remains a work in progress. With that said, I’ve said on many radio shows for weeks that his perfect landing spot would be the Saints. He could learn under Sean Payton and Drew Brees and possibly have the opportunity to take over for Brees and resurrect his career in New Orleans.

THE WAY BACK: I’m a sucker for a good sports movie. Recently thought ESPN did a great job by showing one of the most underrated sports flicks of all time, “The Rookie” in prime time (since there are not sports going on) and then they followed it up by having the real rookie, “Jim Morris” live from his living room—that is great content!

I was hoping for more greatness watching Ben Affleck’s latest sports movie, “The Way Back.” Affleck recently said he thought it was the best acting he’s done but I disagree. For all of Affleck’s movies I still feel his role as Chuckie Sullivan in Good Will Hunting was his best–maybe he was just playing himself?

Affleck a recovering alcoholic plays a recovering alcoholic high school basketball coach in his latest film. I thought it was solid but it was hardly an instant classic. The kids in this film were fantastic but I would still put this  hoops film way behind two of my all time favorites, “White Men Can’t Jump,” and in my opinion not only the best basketball movie of all time but the best sports movie, the one and only “Hoosiers.”

NOBODY ASKED ME, BUT…..I have always been scared of those quick fix products. I have never had a Red Bull or a 5- hour energy drink where there is this image in my brain of a future news report saying one or likely both will cause some bodily harm to all of us one day..?

I never have been a coffee drinker (don’t like the taste) but will admit to loving Mountain Dew in my younger years before I swore off soft drinks.

So needing to stay awake at times of late, I may have found the perfect answer–“Awake” chocolate bars. The packages say they are the equivalent to a cup of coffee but in my book—the taste is worlds better than a cup of joe.

Awake is just that—keeps you going when you have to work overtime or maybe need a jolt. I hope this plug gets me an endorsement deal to go with ones’s I’ve been lobbying for involving other favorites like Skechers, Southwest Airlines, Hondas and National Rent A Car!

EXTRA POINT: Rest in piece Kenny Rogers…lot’s of country singers in his era but no one like Kenny. He had so many hits, a sort of soundtrack of my life from elementary school through college—still love the Gambler the best. A one of a kind storyteller and performer.